Sydney to the Max Season 3: Everything We Know 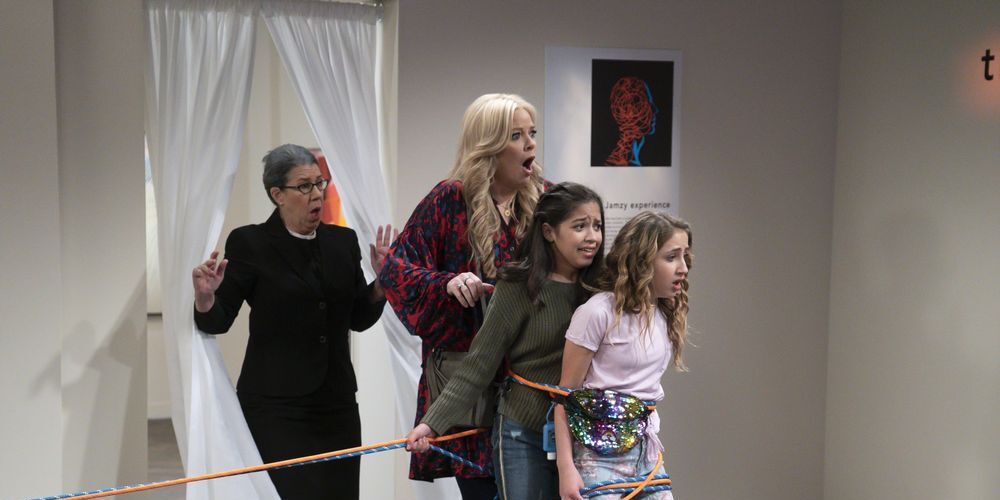 Disney Channel’s comedy series ‘Sydney to the Max’ has been entertaining the audiences since its premiere in January 2019. Created by Mark Reisman, the show follows the misadventures of middle schoolers Sydney and her best-friend Olive, as they navigate the stormy waters of growing up. It also showcases how Sydney’s single father, Max, deals with parenthood. The show jumps between two timelines, depicting events that prove how similar the father and daughter’s lives actually are.

Owing to a positive response from the viewers, it was renewed for a second season, which managed to maintain the essence of the first season. Naturally, fans are wondering: will there be a ‘Sydney to the Max’ season 3? Let’s find out.

‘Sydney to the Max’ season 2 premiered on December 13, 2019, on Disney Now. As far as season 3 is concerned, here’s what we know. Much to the delight of the fans, the network announced the third season renewal on November 21, 2019, a month prior to the season 2 premiere. The production was set to begin in March 2020. After the COVID-19 outbreak, it has been put on hold for an indefinite period.

However, if the situation improves and the show manages to resume production in 2020, we can expect ‘Sydney to the Max’ season 3 to premiere sometime in 2021, on Disney Now.

Sydney to the Max Season 3 Cast: Who is in it?

Ruth Righi plays the titular character of an affable middle-schooler, Sydney Wallace Reynolds. Joining Ruth as her single father, Maxwell Keith Reynolds, is Ian Reed Kesler. Since the death of his wife, Max has become protective of his daughter and is also troubled by past trauma. Jackson Dollinger appears as Young Max Reynolds. Ava Kolker essays the character of Olive Anne Rozalski, Sydney’s witty and full-spirited best friend.

Christian J. Simon plays Leo, the best friend of Max in his younger days. Caroline Rhea stars as Judy, Max’s mother, and Sydney’s progressive grandmother. The cast also includes Julia Garcia as Emmy, Amelia Wray as Sophia, Brogan Hall as Bucky, Reid Shapiro as Iggy, among others. Almost all the cast members might make reprise their respective roles in season 3. We can also get to see some fresh additions to the cast.

Sydney to the Max Season 3 Plot: What can it be About?

Season 2 follows Sydney as she experiences her first periods. Although initially embarrassed, Sydney embraces her womanhood with a little push from Sophia and other friends from school. Max gets tired of Sydney’s constant breach of curfew and grounds her, but she sneaks out to go to Pop-Up Cake Museum. She later realizes her mistake and gets back home on time. In flashbacks, Max stands up to a bully, who threatens to tell the whole school about Max’s underwear incident. Sydney and Olive engage in some petty arguments but patch up at the end.

In season 3, we can expect Sydney and Olive to face the challenges of growing up. Meanwhile, the season can also showcase incidents that can strengthen the father-daughter bond between Sydney and Max. Sydney’s grandmother, Judy, might continue to be the voice of reason, helping her son and granddaughter in dealing with the everyday problems in life. Sydney might also learn some more things about her late mother in the third season.

Sydney to the Max Trailer

As we wait for an official trailer for ‘Sydney to the Max’ season 3, check out the promo for season 2!