When Does Taco Chronicles Season 2 Premiere? 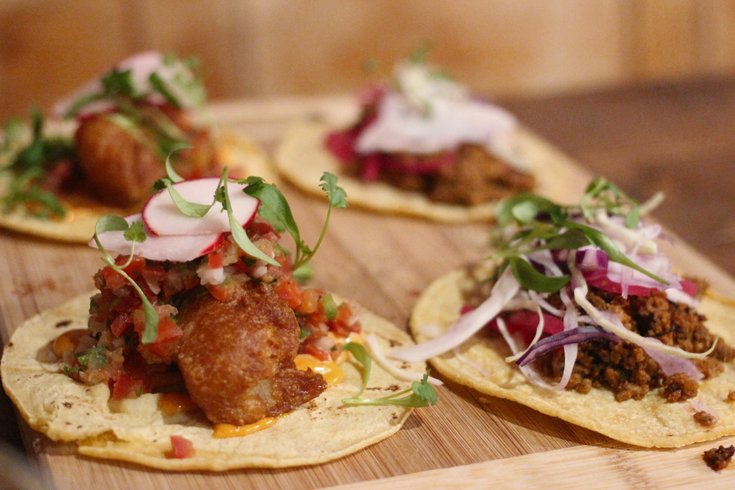 Tacos, just like the ubiquitous pizza, does not seem to hold an exact date as to when it became an inevitable part of our culinary culture. The argument about the actual origins of tacos still has not reached a definite conclusion. However, we cannot deny the Mexican influence that has now transformed tacos to come with various multinational influences. Whether Korean tacos, Falafel tacos, Indian-influenced tacos, vegan and vegetarian tacos, or Vietnamese tacos, as far as the flavors and taste are intact, we are happy.

Delving into the rich culture that is associated with this emblematic food from Mexico, Netflix made an original docu-series, which dives into the basic essence of tacos. Aptly named ‘Taco Chronicles’ or ‘Las crónicas del taco’ in Spanish, it aims to showcase the Mexican culinary heritage on a global platform. The series, which aired its first season in 2019, was received favorably by fans. Let’s now check out the details of its second edition.

‘Taco Chronicles’ season 1 released on July 12, 2019, on Netflix. All the six episodes of the show premiered on the platform on the same date. Considering the endless varieties of this famed titular bite, a second season was always a certainty. And in August 2020, Netflix confirmed that ‘Taco Chronicles’ season 2 will premiere on September 15, 2020.

‘Taco Chronicles’ is created by the Mexican actor, producer, and writer, Pablo Cruz Guerrero. Widely recognized for his work in ‘From Prada to Nada’, a novel adaptation of Jane Austen’s ‘Sense and Sensibilities’, he visits and films various locales in Sonora to document the classic and absolutely delicious, roasted beef tacos. Apart from him, Mexican actor and director, Diego Luna, also features on the project. Season 2 will see Guerrero making a comeback, accompanied by his film crew — led by producer Hallie Davison, director Santiago Fábregas, and Carlos Correa.

What Can Taco Chronicles Season 2 be About?

‘Taco Chronicles’ lends viewers a detailed glimpse into the origins of this delish snack, narrates its significance in Mexico, details its origins, evolution, and many variations, and explains how it holds a global appeal. The episodes highlight the several ingredients that go into making these bites and other components that serve as its accompaniments. It also explains the entire preparation process and the fundamental spices that lend the dish its appealing flavors.

Almost all of the events depicted on the show take place in the capital Hermosillo of Sonora (also known as the ‘cradle of roast meat’) and its surrounding cities and towns. This is because Sonora’s famed carne asada tacos grace almost every corner of the region, starting from street stalls to posh restaurants. It is something that is a part of Sonora’s culture and defines the state. Moreover, this iconic cuisine is found in a myriad of flavors and types. And ‘Taco Chronicles’ follows its entire cooking procedure, starting from the ranches where meat is raised to the restaurants where it’s finally prepared and served.

Apart from the carne asada, the show also covers the diversity of tacos by showcasing five other variants, namely barbacoa, canasta, carnitas, guisado, and pastor tacos. It delves into each of these types and traces the stories of people who have been in this business for generations. As per the official synopsis, “Many of the most popular taco styles have long, rich, little-known histories. Explore some of them in this eye-opening, mouth-watering food adventure.”

You can check out the official trailer for season 2 below.