Will There be a Tacoma FD Season 3? 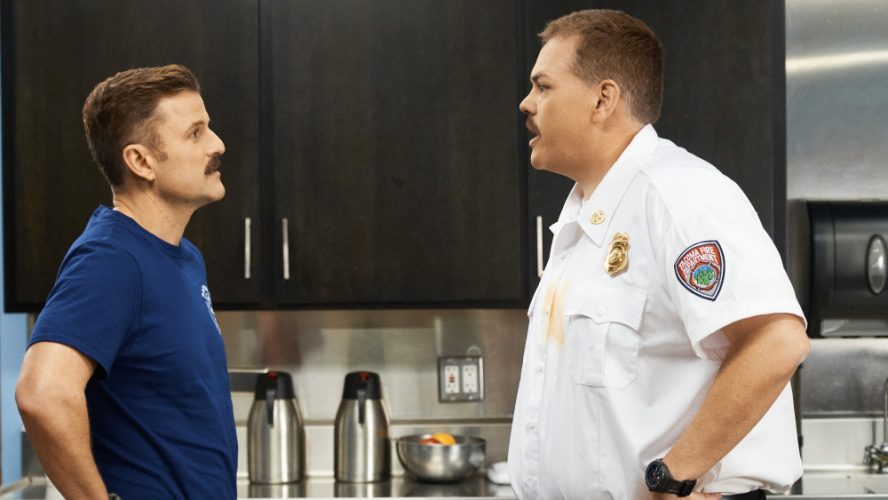 TruTV’s successful comedy-drama, ‘Tacoma FD’, co-created by Kevin Heffernan and Steve Lemme, is set in America’s rainiest city, Tacoma in Washington. The story follows the activities of the firehouse crew in this very location — but the issue is, the wet surroundings do not offer scope for many fires! With nothing much to do, the firefighters are doomed to face continuous boredom. Owing to its clever premise and outrageously funny plotlines, both seasons of ‘Tacoma FD’ have been adored by fans. Now, here is all you need to know about its next iteration.

‘Tacoma FD’ Season 2 premiered on March 26, 2020, on TruTV. It ended with its 13th episode on September 3, 2020. The second outing progressed to become more successful than the inaugural installment, boasting season-over-season rating growth. As a result, in August 2020, the show was renewed for its third outing.

Brett Weitz, General Manager of TBS, TNT, and TruTV, confirmed the news in a statement to Deadline: “We couldn’t be more proud of the work this team has achieved season after season. With Tacoma FD’s fanbase continuing to grow, the show is a huge success story for us, and we can’t wait to see what kind of Station 24 shenanigans Kevin, Steve, and the incredible cast come up with next.”

Creators and stars Kevin Heffernan and Steve Lemme (‘Super Troopers’, ‘Beerfest’) have already confirmed that they have started work on the scripts for the upcoming season. However, due to the COVID-19 shutdowns, which have made several locations inaccessible, the filming schedule has changed. This means that in the third outing, we will miss several of the familiar backdrops showcased in the previous two seasons.

Additionally, with travel plans currently on a halt, the scripting sessions are being held online. Heffernan and Lemme have stated in an interview (held in September 2020) that writing for the new episodes will wrap up in the upcoming three months (approximately). The duo did mention that the outlines for the first five episodes are almost ready. So, if filming commences toward the beginning of next year, we can expect ‘Tacoma FD’ Season 3 to premiere sometime in the latter half of 2021. The new season will consist of 13 half-hour episodes.

Tacoma FD Season 3 Cast: Who Can be in it?

The entire story of ‘Tacoma FD’ revolves around the firefighters, housed in Station 24 in Tacoma, Washington. Headlining the cast is Kevin Heffernan as Chief Terry McConky and Steve Lemme as Captain Eddie Penisi. Terry and Eddie lead the firehouse team, comprising Granville “Granny” Smith (Marcus Henderson), Andy Myawani (Eugene Cordero), Ike Crystal (Gabriel Hogan), and Lucy McConky (Hassie Harrison). Since this eclectic crew of characters is vital in carrying forward the storyline, all of the aforementioned stars will return for the next season.