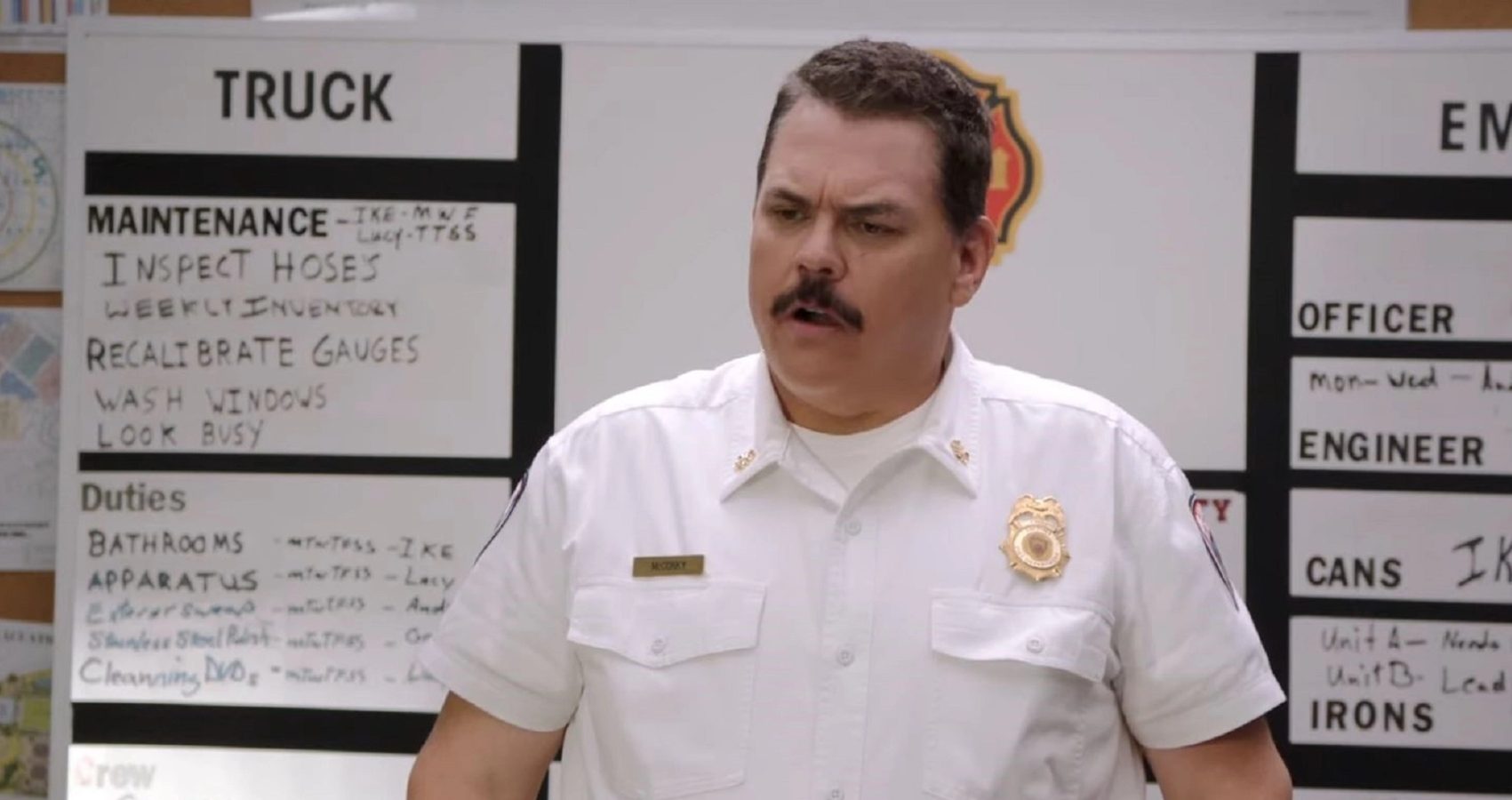 Set in Tacoma, Washington, truTV’s sitcom ‘Tacoma FD’ centers around the firefighters of the titular city, who are steeped in boredom due to the lack of fire hazards in the region. To free themselves from the dullness of their job, the crew engages in various hilarious activities and gets into hysterical predicaments. Through competitions and other community services, the crew of the firehouse finds ways to remain active and entertained.

Created by Kevin Heffernan and Steve Lemme, the show originally released on March 28, 2019. Over three seasons, the series has become one of the major offerings of the network, garnering appreciation from critics and audiences alike. Naturally, ardent fans of the show must be eager to learn what lies ahead for their favorite sitcom. So, here’s everything you need to know!

Now, let’s discuss the prospects of a new season. On November 3, 2021, truTV announced the renewal of ‘Tacoma FD’ for a fourth round. Since the show is one of the most digitally recorded cable comedies of 2021, the renewal isn’t a surprise. Moreover, the favorable viewership figures of the third season justify the show’s renewal.

However, fans may have to wait a while for the series to return to our screens. Creators, executive producers, and lead actors Kevin Heffernan and Steve Lemme are currently working on their new film ‘Quasi’ with their production company Broken Lizard. Having said that, we can expect the production of the show’s fourth installment to be in full swing after they wrap up working on the movie. Taking into consideration the time required for filming and post-production, we can expect ‘Tacoma FD’ season 4 to release sometime in Q3 2022.

Tacoma FD Season 4 Cast: Who can be in it?

Tacoma FD Season 4 Plot: What can it be About?

In the third season, Terry, Eddie, and others spend most of their time in the firehouse, indulging in various activities. The situations they get into varies from rushing to rescue a man hit by a toy truck, participating in the annual Pickleball tournament, and organizing a forbidden birthday party for Andy. We also see the crew getting quarantined for being exposed to simian flu. Moreover, the station deals with a sexual harassment complaint.

In the season 3 finale, Terry reveals to Eddie that he has accepted a new job and would like to step down as the chief. When Terry names him as the next chief, Eddie wishes him the best. Along with his position, Terry also passes the Station 24 Book of Knowledge to Eddie for the smooth functioning of the firehouse in his absence. But when the firefighters are out, a fire hazard occurs at station 24.

We can expect season 4 to pick up from the aftermath of the fire incident. Even though the sitcom doesn’t follow any season-long plot arcs, the fire incident may determine the direction that the station and the crew might be headed in. The consequences might affect Terry and Eddie, specifically on their future plans and aspirations. Since the restrictions imposed in the wake of the COVID-19 pandemic have been relaxed, we may see the storylines of season 4 exploring more locations and other characters, unlike the third season, which was primarily shot indoors due to the pandemic.