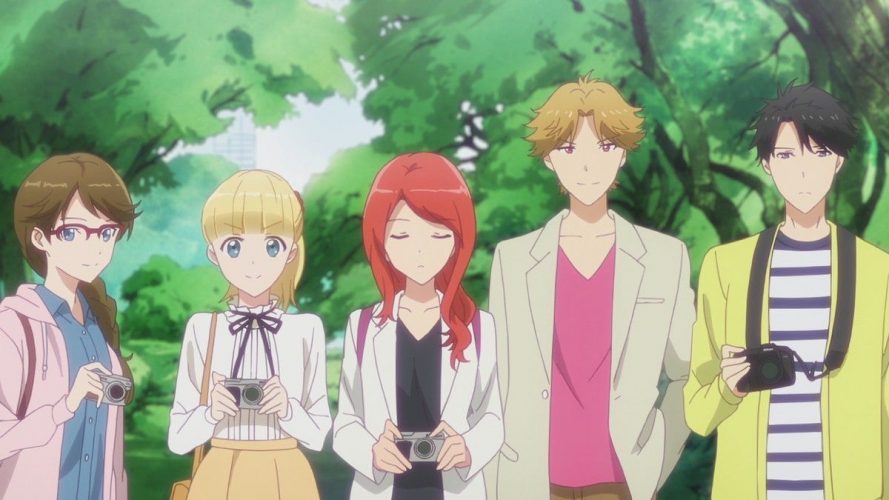 Tada Never Falls in Love (also known as Tada-kun wa Koi wo Shinai in Japanese) is a romantic comedy anime television series produced by an anime studio called Doga Kobu. Written by Yoshiko Nakamura and directed by Mitsue Yamazaki, the show is not based on any manga or light novel series like most anime shows are. Tada Never Falls in Love is a pretty recent show, with Season 1 having premiered on April 5, 2018. Although it did not receive worldwide fame like some anime shows, it became quite popular in Japan, and fans have been waiting to hear news on a second season. Here’s everything we know about Season 2 of Tada Never Falls in Love.

Tada Never Falls in Love Season 2 Release Date: When will it premiere?

Tada Never Falls in Love season 1, consisting of 13 episodes, premiered on April 5, 2018 and ran till June 28 of the same year. Since then, no special episodes have been released and neither is there any word about a second season.

However, there’s no reason to get worried just yet if you’re looking forward to seeing a new season. Anime shows are sometimes renewed after several years and hence there’s plenty of time left for Doga Kobu to announce a renewal. That being said, since Tada Nevel Falls in Love is not based on any manga series or light novel series, it is difficult to predict whether Doga Kobu will make a second season. All that’s left to do now is wait for an official announcement on the future of the show. We’re keeping our ears open for news on Tada Never Falls in Love season 2 release date and we’ll update this section as soon as we hear something reliable.

You can watch ‘Tada Never Falls in Love’ on Hidive with its original Japanese audio and English subtitles.

As the name of the show suggests, it revolves around a boy named Mitsuyoshi Tada who never seems to fall in love.

The show starts off when Tada enters his second year of high school. Having never fallen in love, Tada isn’t really concerned about his love life and devotes his free time to taking photographs. However, his life takes an unexpected turn when he meets a young and bubbly foreigner named Teresa Wagner, who hails from the fictional European country of Larsenburg. Upon meeting Teresa, Tada learns that she got separated from her travelling companion, a no-nonsense redhead named Alexandra ”Alec” Magritte. However, the two spend some time together and Teresa asks Tada to photograph her. After this brief meeting, the duo separate only to bump into each other twice on the same day. After Teresa gets caught in a nasty downpour, Tada invites her to dry off at his family’s coffee shops. Soon after, Alexandra catches up with Teresa and the duo part ways with Tada.

However, when Tada starts class at the Koinohoshi High School the next day, he is astonished to find that Alexandra and Teresa are his new transfer student classmates. Soon after, the two girls join Tada in the photography club. With Alexandra and Teresa now part of the club, along with the narcissistic Kaoru Ijuuin, the serious Hinako Hasegawa, the idol-loving Hajime Sugimoto, and the dog-like Kentarou Yamashita, Tada’s social life takes a bright turn. With all these peculiar characters lighting up his life, Tada is then forced to reconsider his position on falling in love.

In spite of having a pretty long list of characters, Tada Never Falls in Love only has two main characters. Below, we’ve provided you with brief backgrounds on each of them.

Mitsuyoshi Tada: The male protagonist of the show, Tada is the son of a photographer and aspires to become a photographer just like his father. Having lost both his parents in a tragic accident during childhood, Tada presently lives with his grandmother and his sister Yui, and they jointly run a coffee shop. While photographing cherry blossoms one day, Tada meets Teresa Wagner for the first time, and the two have multiple run-ins throughout the day.

For some reason, Tada keeps feeling that he had seen Teresa’s eyes sometime in the past. After he parts way with Teresa, he never thinks of seeing her again, but is astonished to find that both Teresa, and her travelling companion Alexandra are his classmates in school. Subsequently, Tada joins the school’s photography club to develop his skills in photography, and both Teresa and Alexandra follow in his footsteps. As far as Tada’s personality is concerned, he is shown to be a level-headed person. He’s also a stoic and does not openly express strong emotions. Having never fallen in love, Tada doesn’t really care about it. However, after the photography club becomes a lively social hub, he is forced to reconsider his position on the matter.

Teresa Wagner: The female protagonist of the show, Teresa is a transfer student who has just shifted to Japan. She hails from a fictional European country named Larsenburg. An energetic and bubbly girl, Teresa is shown to have a heart-warming smile and is a kind-hearted and friendly person in general. Through most of the show, Teresa and Alex live in a hotel close to the Tada’s family’s coffee shop. After an unexpected first meeting with Tada, Teresa finds Tada in her class at the Koinohoshi High School and over the course of the show, she falls in love with Tada.

However, things get complicated as Teresa is actually the heir to the throne of Larsenburg and is engaged to a boy named Charles, who she is slated to marry after completing school. After falling in love with Tada, Teresa has to rethink her priorities and can often be seen breaking down owing to an internal conflict between her responsibilities towards her country and her affections for Tada.