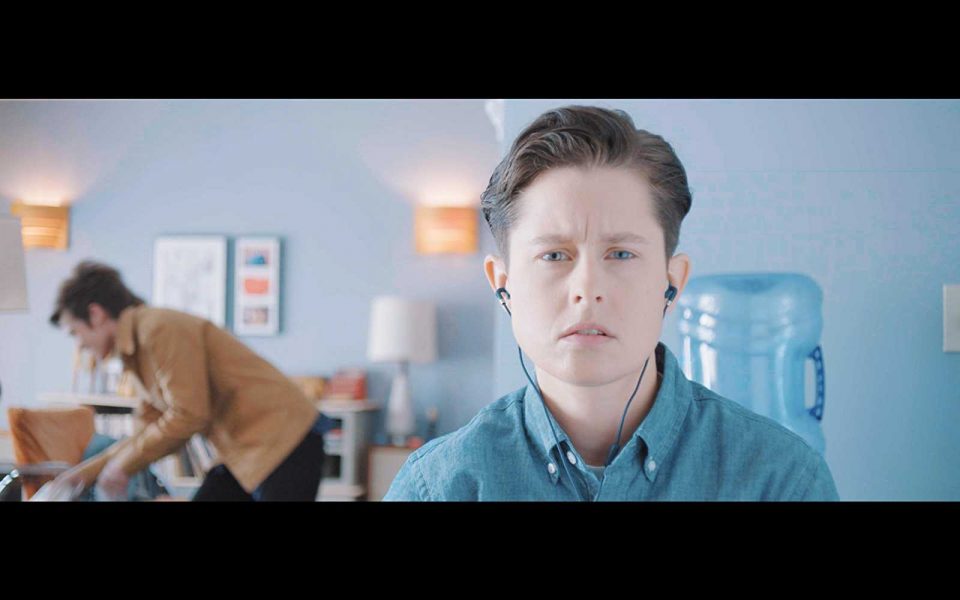 ‘Take My Wife’ is an American comedy series that airs on Seeso, the comedy subscription streaming platform. The show first premiered on August 11, 2016, and received a good response from the viewers because of which the show was renewed for a second season on December 19, 2016. Since then, the show has moved to the Starz app.

‘Take My Wife’ has been created by Cameron Esposito and Rhea Butcher and produced by Scott Aukerman and David Jargowsky along with Cameron and Rhea. The second season of the show features a considerable number of women of color and also people from the LGBTQ community to express solidarity with them. Esposito also spoke about this, saying “As a small budget show, we prioritized hiring queer folks, POC, and female standups.”

The show revolves around the same-gender couple, Cameron and Rhea, trying hard to balance their career, relationship and also striving hard to break gender stereotypes. The couple earns their living by performing on stage as stand-up comedians. The story showcases how the couple copes up with the pressures of living in a gender-biased society as well as the many ups and downs they face in their career and relationship. The comedy-drama beautifully narrates how the couple stands by each other during trying times while trying to make it big in their career.

Take My Wife Cast: Who is in it?

‘Take My Wife’ features Cameron Esposito and Rhea Butcher as themselves, Zeke Nicholson as Dave, Laura Kightlinger as Frances, Eliza Skinner as Eliza and Janet Varney as Melina Marquez. Cameron and Rhea are a real-life lesbian couple. Esposito is also known for her podcast ‘Queery’ and her brand of humor focuses on the LGBT community, feminism, social justice, and the inclusion of marginalized sections of society. On the other hand, Rhea is an expert at observational comedy, that focuses on issues like vegetarianism, love for baseball, and feminism. She is concerned with the experiences of being a butch lesbian. The couple comes together wonderfully to bring their brand of unique but compassionate comedy to ‘Take My Wife’. The second season features many individuals from LGBTQ communities.

Read More in TV Preview: The Circus | The Royals

Take My Wife Plot: What is it about?

‘Take My Wife’ is a comedy-drama that features a real-life couple, Rhea and Cameron. The plot revolves around two stand-up comedians who fall in love with each other. The couple faces a lot of challenges in their career as Rhea is forced to up a job as a graphic designer that she isn’t very keen on doing while Cameron is on podcast answering questions on the difficulties that women face in stand up comedy. The show throws light on the struggles that stand up comedians, and same-gender couples face in their lives. Though the subject of the show is serious, the plot unfolds in a humorous way making it enjoyable to watch. The couple hosts a live show, ‘Put Your Hands Together’, which features many impactful and influential moments which includes the characters speaking on real-life sexual violence faced by them. ‘Take My Wife’, is backed by a compelling supporting cast that includes Laura Kightlinger who is cruelly funny as an eccentric neighbor, that is Frances.

Take My Wife Season 3 Release Date: When will it premiere?

Take My Wife season 1 premiered on Seeso on August 11, 2016. The announcement of the second season was officially made on December 19, 2016. However, due to some undisclosed reasons, Seeso announced on August 9, 2017, that the service would be stopped by the end of the year leaving the second season of the show hopeless and hanging midway. On March 5, 2018, the show found a new home on iTunes and Starz. All episodes of season 1 and the non-telecasted portions of Season 2 premiered on iTunes. The entire show was made available on the Starz app from May 1, 2018. The future of the show is unknown at this point. The head of program acquisitions on Starz displayed enthusiasm at the prospect of a Season 3 so maybe we shouldn’t rule out the possibility of a Season 3 just yet.

“We are excited to address the uncertain fate of several Seeso series, including the beloved ‘Take My Wife’ series, by providing a new home for these programs and their fans at Starz,” said C. Brett Marottoli.

As of now, there is no news about Season 3, but Starz just might make it, since they picked up the show. We will keep you updated about any official announcements on Take My Wife season 3 release date.

Should You Watch Take My Wife?

What makes ‘Take My Wife’ really stand apart is the realistic portrayal by Esposito and Butler, which is unsurprising, since they play slightly exaggerated versions of themselves in a heightened universe. Critics have rightly spoken about the show, saying, ” ‘Take My Wife’ transcends the “lesbian show” label without completely ignoring aspects of lesbian culture in its portrayal of Cameron and Rhea’s lives. There are jokes that will especially resonate with gay viewers—Rhea carries a multitool on her at all times, and reminds Cameron that they’re feminists when Cameron can’t stop talking about ogling a movie star’s boobs—but ‘Take My Wife’ has a strong ownership over jokes like these, because they’re being delivered by real-life lesbians.”

Speaking of lesbians, the show is very careful not to subject the bodies of the central characters to the male gaze, while managing to show physical intimacy and relationship problems. Added to that is the meta-references to the comic industry that the show pulls off so well. At all times, if you are gay, or if you are an insider of the comic industry, you will appreciate ‘Take My Wife’ even more, but it is careful to transcend these labels to deliver content that is enjoyable to all their viewers, wherein lies the core of this show’s success.

You can check out a clip from ‘Take My Wife’ below. If you have not seen the series and enjoy comedy that manages to pack a punch, while remaining sensitive to several social issues, then this is the show for you.