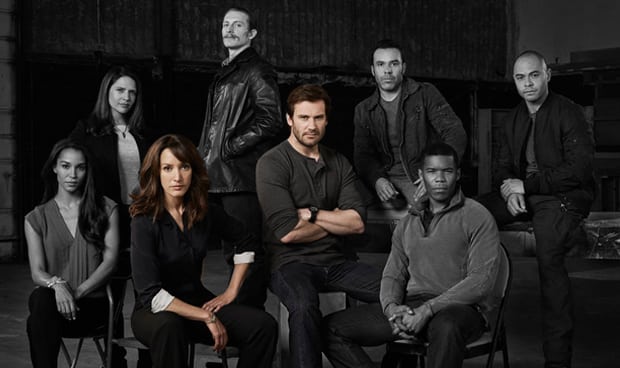 ‘Taken’ is an American crime drama series that is based on the movie trilogy of the same name. If you are unaware with the trilogy, it stars Liam Neeson as a retired but ruthless special ops personnel who goes to extreme lengths to protect his family when harm befalls them. The series attempts to act as a modern-day origin story to Neeson’s character Bryan Mills. The show airs on NBC and first premiered on February 27, 2017.

It doesn’t happen very often that movies get remade into a TV series. It is usually the other way round. The main reason being that the production may not be as grandiose compared to cinema. While ‘Taken’ is definitely an exception, plot-wise however, it has a different subject from that of the original. Clive Standen plays a younger version of Bryan Mills, the character that Liam Neeson made legendary.

Considering the genre of the series and the franchise it is based on, it drew a lot of fans who showed interest in knowing the secretive past of Bryan Mills and how he got to possess the particular skill set that made him a nightmare to criminals and evildoers in the world. However, critics were none too happy with the show, and they said that despite hitting some of the right notes, overall, the show did not make any impact that distinguished itself differently from its source material.

Taken Cast: Who is in it?

Two prominent cast members include Adam Goldberg of ‘Saving Private Ryan‘ and ‘Zodiac‘ fame, appearing as the hacker Kilroy and Jessica Camacho of ‘The Flash‘ fame who plays Santana. Suffice it to say that both bring a lot of firepower into the game. There are several other supporting characters, who make up the world of spies and criminals that Mills navigates so freely and ruthlessly after his army days.

If there is an upcoming season, we hope to see the main characters return, and we would not be surprised if some new faces showed up, either as members of Mill’s team or as some villains that need to be brought in or taken out.

Taken Plot: What is it about?

The main plot of ‘Taken’ focuses on the origin story of a younger, hungrier former Green Beret Bryan Mills (Clive Standen) as he is met with a personal tragedy that affects him badly. He constantly fights to overcome the trauma of the incident and has revenge in his heart, which leads him into a career as a deadly CIA operative, a job that develops his very particular, and very dangerous set of skills. In 30 years, this character will evolve to become the Bryan Mills in the ‘Taken’ films starring Liam Neeson. While the first season is driven by Mills’ monomaniacal need for a vengeance which almost results in him losing his own life, the show overall displays how Mills becomes a superspy and the various international incidents that he defuses.

While this sounds very fascinating, it is not a very gripping watch. While the film itself is not the best movie out there, it is redeemed by Neeson’s imposing presence and the fast-paced action and close combat situations. What works well in the format of a movie does not fly for a series that drags on. After a point, it feels a little formulaic. Hart gives Mills and the team a mission, they might have some bumps along the way, and Mills might let his personal factors almost compromise the mission.

However, driven by a sense of extreme self-righteousness, Mills pulls off another wonder and saves the team and the world, all in a day’s work. Viewers might be a little frustrated knowing that Mills does not really learn combat skills at his new job since as a Green Beret, he is more than equipped to take out a group of thugs while he is unarmed. What he seems to be learning are patience and teamwork. Ironically, these are the qualities that are eschewed in the movies when Mills is a lone wolf trying to keep his family safe from various threats.

The Hollywood Reporter surmises the show, saying, “What ‘Taken’ actually proves to be as a series is just another NBC action drama in which a government team faces a different limited threat each week, while the enigmatic and tortured hero at the center of the show spends two minutes per episode getting to the root of his own individual psychosis, breaking bits and pieces of protocol along the way. It’s The Blacklist without James Spader chewing scenery, or Blindspot without the tattoos, or Chicago Federal Government without the Chicago (or any recognizable urban texture other than poorly disguised Toronto).”

If there is another season to the show, hopefully, they will break out of the formula and either choose to focus on more action or go in a purely psychological direction and show Mills coping with his various issues while trying to be the spectacular operative that we know him to be.

Taken Season 3 Release Date: When will it premiere?

‘Taken’ Season 2 premiered on January 12, 2018. Perhaps NBC did not like the way the show had been going for quite some time, because they removed the series from their schedule on  April 18, 2018. However, they had announced that the show would be back on May 26, 2018. Nonetheless, on May 11, 2018, the network canceled the show. Though, fans should not lose all their hopes. There’s still a possibility that some other network picks up the show. If that happens, we will update you about ‘Taken’ Season 3 release date.

While we wait for any positive news on ‘Taken’ Season 3, check out the season 2 trailer to refresh your memories. If you haven’t seen the show yet, head over to NBC to catch all the episodes of the previous seasons.