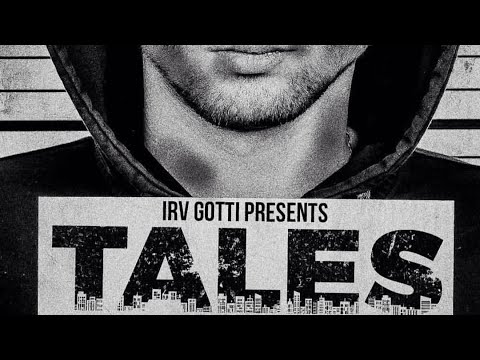 ‘Tales’ is an American drama anthology television series that first premiered on June 27, 2017 on BET (Black Entertainment Television) that is owned by the Bet Networks division of Viacom. The series is described as a music anthology as the show uses the lyrics of classic and hip-hop songs and fictionalize them into short movies, each helmed by a different set of directors.

‘Tales’ has also garnered a strong following, especially hip hop fans, and those aware of social issues. It has garnered praise from critics for being able to tap into the powerful storytelling capabilities of rap, from which the show borrows its narratives.

Tales Cast: Who is in it?

The cast of ‘Tales’ varies in each episode of the season since it is an anthology series and there are no links in between the episodes. Some of the cast members who have appeared in the show are Boris Kodjoe, Tami Roman, and Demetrius Shipp Jr. who played the role of Tupac Shakur in ‘All Eyez on Me’.

In season 2, we saw Rick Ross, the American rapper with songs like ‘Purple Lamborghini’ under his belt, feature in the show, having previously made appearances in the remake of ‘Superfly’. Ross was joined by Bella Thorne of ‘You Get Me’ and ‘The Babysitter’ fame, along with Scarface, Grace Buyers, DeRay Davis, among others.

If season 3 is commissioned, you can expect several new and some famous faces to make an appearance in the show.

Tales Plot: What is it about?

‘Tales’ is inspired from old and current hip-hop songs that are weaved into stories. The narratives are visually stunning and tackle a wide range of issues, like ‘Black Lives Matter’, police brutality, socioeconomic oppression that black people face, When the history of hip hop is traced back, it is not difficult to understand why the show bases their narratives on these song titles. Hip hop has always been a counterculture, going against the norm of the society and spitting out all the angst against oppression on the microphone. From the likes of Dr. Dre claiming they still have no love for the police, to N.W.A., the group out of Compton, that put their message across that without a gun and a badge, the oppressive officials were just another person waiting to get shot on the street by people who would not be oppressed any longer. Rap music has often made people aware of the news of black society, with Chuck D of Public Enemy calling rap ‘the black CNN’. ‘Tales’ makes rap the font for stories, not headlines, literally borrowing the plot of the episodes from their lyrics.

In retrospect, hip-hop seems like a pretty good medium to adapt into a series since it has a strong narrative, incidents, heightened drama. Some of the notable episodes of the show are based on N.W.A.’s popular protest song ‘Fuck tha Police’ which portrays an America where the blacks are dominant and oppress the whites. The reverse-racism sends a provocative message and is an effective tool in explaining how systematic racism and oppression works in the USA. The message of police violence is also particularly relevant at the time of ‘Black Lives Matter’. Other episodes are also taken from notable hip hop titles like The Notorious B.I.G.’s ‘I Got a Story to Tell’, and Jay Z’s ’99 Problems’.

What really stands out in the show is how hip-hop lyrics can give rise to entire stories and how relevant those stories are in modern times. ‘Tales’ is not afraid of being politically outspoken much like hip-hop itself, and one of their sharpest critiques of the current political clime in America comes in the premiere episode itself, where the black dominated America has ‘America Iterum Firmanda Est’ as its motto. This Latin phrase roughly translates to Make America Great Again, which has been the repeated rallying cry of conservatism and a white America from the current president Donald Trump and his followers.

The series also takes a dystopian look at the situation where a social movement like BLM(Black Lives Matter) is considered to be an enemy of the state. It is not afraid to ask the real tough questions about where American society is headed, and what position do black and other marginalized people of color have in that society. The series not only tackles social issues, but deals with the characters in all the episodes in a very humane manner, showing a wide range of emotions, and handles the essence, hopes and ambitions of these characters deftly and with a touch of nuance.

In season 2, the songs that were made into episodes include Mary J. Blige’s ‘My Life’, Nas’ ‘I Gave You Power’, Lauryn Hill’s ‘Ex Factor’, Cardi B’s ‘Bodak Yellow’, Migos and Gucci Mane’s ‘Slippery’, Geto Boys’ ‘Mind Playing Tricks on Me’, Lil Uzi Vert’s ‘XO TOUR Llif3’, and a blast from the past, Dr. Dre and Snoop Dogg’s ‘Deep Cover’.

It will be interesting to see what songs do the makers pick for the next season.

Tales Season 3 Release Date: When will it premiere?

‘Tales’ season 2 premiered onJuly 2, 2019 and ended its 10 episode run on September 3, 2019. Based on the response that the show has received, there is a good chance that it will be renewed for another season. If that happens, we will update this section with ‘Tales’ season 3 release date.

While we wait for ‘Tales’ Season 3, check out the trailer and previous episodes on show’s official page.