When Does Talking Dead Season 10 Start? 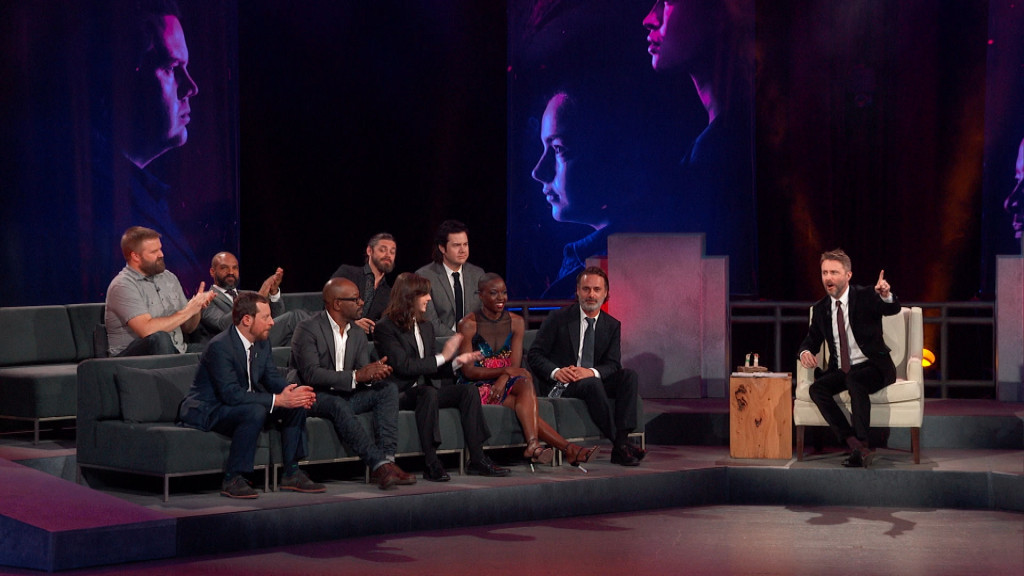 The series first premiered on October 16, 2011, following the encore presentation of the second-season premiere of The Walking Dead. When the series came back on February 10, 2013, from the season three midseason finale, the series moved to directly follow The Walking Dead and expanded to one hour.

On the show, guests, crew, cast members and even celebrity fans are invited on the sets to talk and discuss the series Walking Dead and The Fear of Walking Dead. This USA based after-show is directed by Russell Norman and Mike Corey.

The show has seen a total of 9 seasons so far. Here’s everything we know about Talking Dead season 10.

Who’s the Host of Talking Dead?

Besides the host of the talking show, i.e. Chris Hardwick, there is no constant cast member. This is because this show features a variety of guests, right from the cast and crew of the Walking Dead and even celebrity fans of the show. Even though Chris Hardwick has been the host predominately, there have been guest hosts such as Yvette Nicole Brown and her guests Khary Payton, Tom Payne, etc.

On a side note, we would like to mention here that Chris Hardwick was suspended from AMC as the host of Talking Dead after he was accused of emotionally and sexually assaulting this ex-girlfriend Chloe Dykstra. But after a comprehensive investigation, Chris was allowed to join AMC again and re-host the show.

Read More in TV Preview: The Circus | The Royals

This talk show is very specific in terms of what is spoken about. The discussions are primarily about the popular TV shows Walking Dead and Fear the Walking Dead. The conversations are based on the last aired episodes of these shows. These discussions on the talk show take place mainly with the cast and crew from the Walking Dead and Fear the Walking Dead. It is an interactive show as on the show; they touch upon the deaths that take place. They also have a fun trivia on the show, behind the scene footage is shown, and fan questions from social media are answered. Chris, himself is a huge fan of the show, and this show has become an important part of his life.

Season 9 of Talking Dead was the most action-packed of them all. It premiered with a huge 2-hour season starter that included some of the fan-favourite cast members.

Like all previous seasons, we hope current seasons of both the marquee shows are full of surprises and even upsets like the killing of an important character, so that there’s a lot of interesting talking points on Talking Dead. After all, it is the only show where fans can go to for comprehensive insights into Walking Dead and Fear the Walking Dead.

Talking Dead Season 10 Release Date: When will it premiere?

We don’t have the trailer of Talking Dead, but we can surely share the latest trailer of Walking Dead season 10. Here it is,