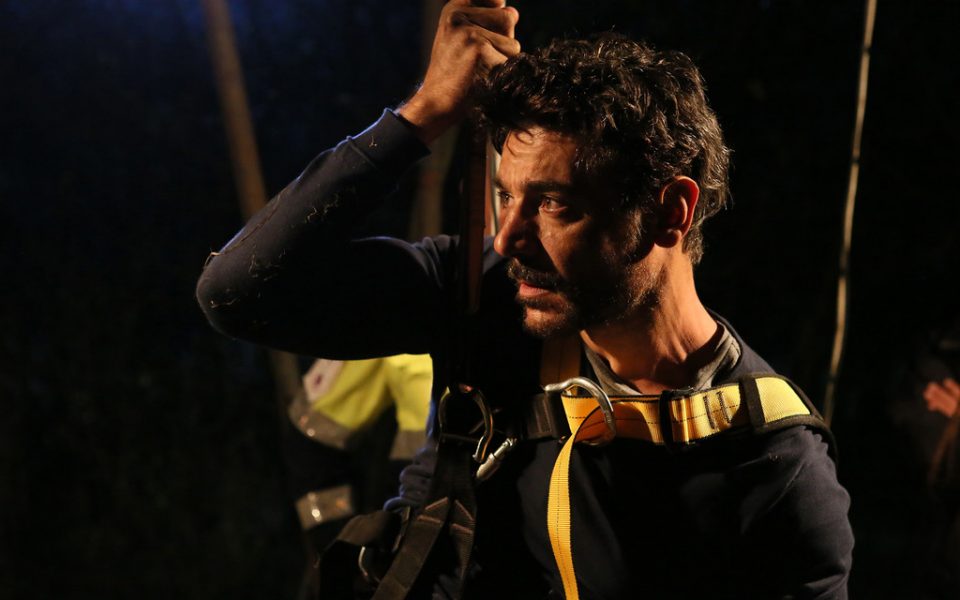 Acorn TV occupies a curiously multilingual (and consequently multicultural) space as a vessel for continental shows from both sides of the Atlantic. As a subscription-based streaming service, it is not remotely on par with international juggernauts like Netflix and Amazon, who are also amping up their game in regional market penetration – and yet its library draws from a number of different countries, drama scenes, and production regimes.

Granted, most of their shows are UK-based, but they have incorporated enough shows from Canada, Ireland, Australia, New Zealand, and Spain to qualify their legitimacy in each of this country. This includes licensing several major national hits especially in the mystery/drama department: be it ITV’s Midsomer Murders (1997-present) about Inspector Barnaby, New Zealand-based The Brokenwood Mysteries or CBC’s Murdoch Mysteries.

‘Tangled Lies’ was an addition that extends Acorn’s coverage on the Italian mystery/drama scene as well: the show is a rehashed broadcast of the original Italian show ‘Scomparasa’ which ran on Rai1 in 2017.

Tangled Lies Cast: Who is in it?

As such, Tangled Lies is not a recreation of the Italian original so much as it is a renamed broadcast for a more international audience. The show, therefore, retains all the original cast for ‘Scomparsa’ with no revised or cut content. The actors of the show, therefore, would not ring immediately recognizable to an international audience – but make no mistake: they are all established veterans in the Italian film industry.

Despite no Hollywood fame, the consortium of Giuseppe Zeno and Vanessa Incontrada are a nationally popular bunch. The show is nothing short of star-studded when viewed in this context; each of the actors playing the lead figures have at least a couple hit films or shows to their name: Vanessa Incontrada (Nora Telese in the show) has starred in Marco Ponti’s Round Trip (2004) and Non c’e Campo (2017), Eleonora Gaggero (Camilla) also co-stars Vanessa in Non c’e Campo other than Unique Brothers (2014), Ferruccio Ferrante (Libouri) is known for his role as Luogotenente Talarico in Il Sistema (2016), Gianluca Cadrioni (Lorenzo Vannini) is famous for Tuscan Passion (2012), and Giuseppe Zeo (Giovanni Nemi) for the hit series Gente di Mare (2005-2007).

Most of the cast are expected to return for season 2 should it be renewed.

Tangled Lies Plot: What is it about?

Like most of Acorn TV’s mystery shows, Tangled Lies is not an original production. What Acorn here seems to have done is close to what Netflix does with its acquired one-cour or two-cour dramedies.

The original 12-episode Scomparsa has been condensed into six episodes in Acorn’s reassembled version. Each episode has a lengthy 90 minutes of running time. This, of course, works because Tangled Lies is a show written in synchronicity with the modern standards for a thriller where the show must be made bingeable. This structure should be a telling symbol in and of itself: Tangled Lies, albeit prone to indulging in soapy elements, omits filler content.

In addition, it is a story that begins with a disappearance. While cliched even among Acorn’s selective library of mystery shows from across the globe, this immediately gives the show emotional weight and a sense of urgency. The premise goes as follows: psychologist and single mom Nora Telesse (Vanessa Incontrada) wakes up one fine morning (ill-fated morning, more like) to find that her daughter Camilla has not returned from a late-night party, which she afterwards finds to not be the party Camilla was supposed to attend.

Set against a scenic backdrop of an almost idyllic Adriatic coast, the show proves to be a thematic antithesis to it, covering long-standing family histories, love triangles, adultery, even touching upon issues like prejudice against immigrants.

Tangled Lies Season 2 Release Date: When will it premiere?

Tangled Lies season 1 premiered on August 27, 2018. As we have already mentioned, Tangled Lies is a licensed re-broadcast of Italian network Rai1’s Scomparsa. Since Acorn has merely acquired broadcasting rights and has no hands in the original Italian show’s production, it has no say on whether there might be a second season or not.

The story sums up quite neatly at the end of season 1. The lack of narrative threads have not kept writers from coming up with surprise sequels before – but a sequel for Scomparsa seems unlikely, as director Fabrizio Costa had noted. He, however, also did not imply that chances are off the table. It would depend on public demand, he indicated.

Anyhow, it is quite difficult to predict a release date for a follow-up season that even the director cannot conclusively confirm – so we will have to wait for further updates from Rai1. For now, a rough and optimistic guess for Tangled Lies season 2 release date would be Q4 2020 — assuming the show has not been canceled.

With no news about a new season of Scomparsa so far, Tangled Lies also leaves no thread of anticipation for an upcoming season. However, the debut season is always there if you want to binge it – and you can even watch the original show, Scomparsa. Here’s a trailer for the latter. Stream the series on Amazon’s Prime Video.