Will There be a Tarantula Season 2? 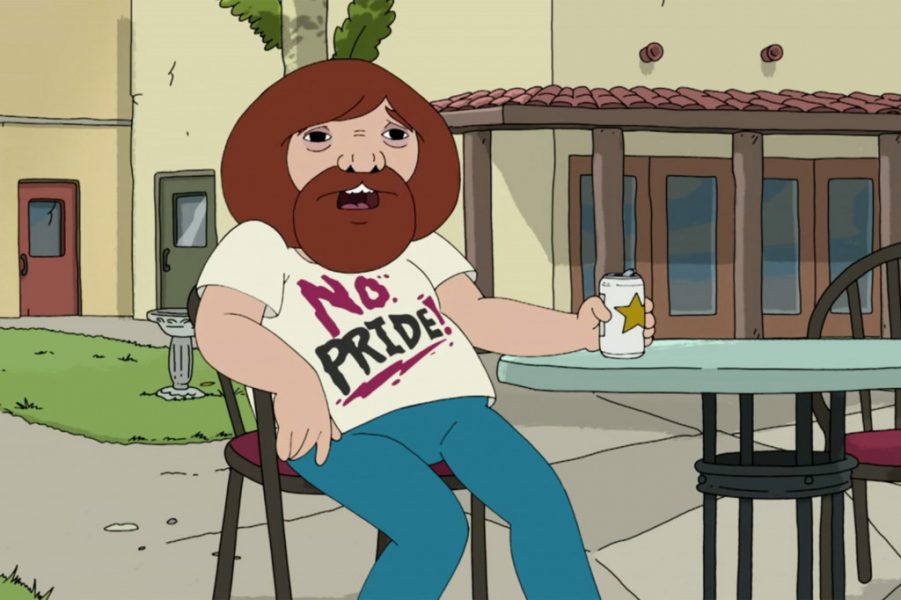 With their Apollo Gauntlet remasters/reboot, Adult Swim retains the title of the biggest player in the animated series game – both with its big-budget productions and green lights to indie passion projects. This is not a fresh bit of news, since Adult Swim has always held a virtually undisputed territory on having the best-animated adult comedies with stylistic quirks and charming animation and art styles when we discount the classic relics of the golden age – Comedy Central’s South Park and Fox’s The Simpsons (both of which are somehow still afloat as respectably written shows with consistent quality over a humungous number of episodes).

With ‘Tarantula’, TBS really ups the ante – by launching an animated sitcom, which follows a respected yet uncertified tattoo artist, who gives weird but introspective monologues, detailing the various misadventures of the residents of Tierra Chula Resident Hotel. The first season of the show was moderately well-received. Now, the question arises: will there be a Tarantula season 2? We will delve into that question, but first, let’s quickly look into the details of the series.

Tarantula Cast: Who is in it?

As Tarantula was previously a web series previously voiced solely by Carson Mell (on his Youtube channel which is still quite active), it made the most sense to bring him aboard as the lead voice actor in TBS’ TV adaptation of the show. After all, it was Carson’s voice in the Echo-mouthpiece that the fans back from YouTube were familiar with. Could a more seasoned voice actor – perhaps Joe Pera himself – make for a show more emblematic of TBS’ high production value? Possibly.

But even if someone could do it better, they would do it differently, and could never exactly match the charm about Carson Mell’s deliberately paced staccato of calm, controlled speech.

While Carson reprises his original lead role as Echo Johnson in the show, a host of co-stars chime in as series regulars as well. And these are reputable names who would all individually be worthy of playing lead roles in any TBS dramedy. Dan Bakkedahl, straight off his CBS sitcom Life in Pieces fame, represents Lucas in Tarantula, while Laurence Weedman (known best for her role in HBO drama Looking, and its sequel/film adaptation) plays Bess.

The other two cast members are relative newcomers; however, both Jacob Vargas (Paja) and Steve Jones (Dominic) prove to be capable voice actors living up to Dan Bakkedahl’s star presence.

While none of these actors are household names or even seasoned comics by any stretch, they gel so well that the chemistry in their collective voice acting is astoundingly good.

Tarantula Plot: What is it about?

Tarantula and Apollo Gauntlet do not have a shared DNA, but they do have a handful of things in common. For starters, they both began as one-man passion projects independently uploaded on YouTube as web series and were taken up by major networks. But the similarities mostly cease there.

Unlike Apollo Gauntlet’s more mock-medieval aesthetics and digital paintbrush art, Tarantula takes a much more polished approach with the technicalities.

Apollo Gauntlet’s intentionally terrible art was a part of its running jokes, its status as a pastiche of He-man, and its style of humor. Tarantula’s art is more distinct: it is a rigidly outlined character/set of characters animated against a real-life still photograph – something which plays into Carson Mell’s hands directly. This is because the show is mostly static in nature, and its usual torpor consists of fixating upon conversation-friendly over the shoulder and close-up shots; that is to say, the characters speak in the show with no trace of inching towards body comedy.

In fact, after a while, Echo Johnson’s monotonous rants become more worthy of low-voiced ASMR substitutes you can go to sleep on. Any comedic value in the show will have to be found by diving deep, as the comedy is very subtle.

The premise complements its simplistic (and even minimalist) nature: the show follows the protagonist Echo Johnson, an uncertified yet respected tattoo artist. The show is less about his misadventures at Tierra Chula Resident Hotel, or even about Echo Johnson & friends hanging out having a good time than it is about Echo’s long enjambments of introspective monologues. This contemplative, vegetative nature is a direct counterpoint to today’s top-tier animated comedy – Rick and Morty standing on its cynicism with a misanthropic stance.

Mell’s creation is instead endorsed a more wholesome vibe, and an atmosphere apparently maladjustment to sitcoms: one where people are genuinely nice to each other.

Tarantula Season 2 Release Date: When will it premiere?

Tarantula Season 1 premiered on TBS on December 4, 2017, two weeks before Christmas in 2017, and even at the holiday season, it struggled to hit the average five-million mark with the viewers from its TV run and the TBS app combined. Naturally, TBS understood that Tarantula was not a show with mainstream appeal, and certainly not one to sit well with its target audience.

Hence, the show was finally axed on March 19, 2018, after the debut season (two episodes unaired on TV). With ‘Tarantula’, TBS certainly had potential, had they not decided to drop the ball on the show even after the first season stood its ground. Which is, again, a shame, as the show could have potentially gone much further than the average animated adult comedy – as Echo Johnson’s narration in his show made it a cross between the comfy vibe of Joe Pera’s talk sessions and the indie unplugged aesthetics of Apollo Gauntlet which gave the show a more distinct charm.

However, Carson Mell is still active on YouTube and tops up Tarantula with regular new bite-sized chunks – so the show still lives on in its original form as a web series. But as far as the verdict for the actual TBS series goes, ‘Tarantula’ season 2 stands cancelled.

You can watch the official trailer for Tarantula season 1 below: