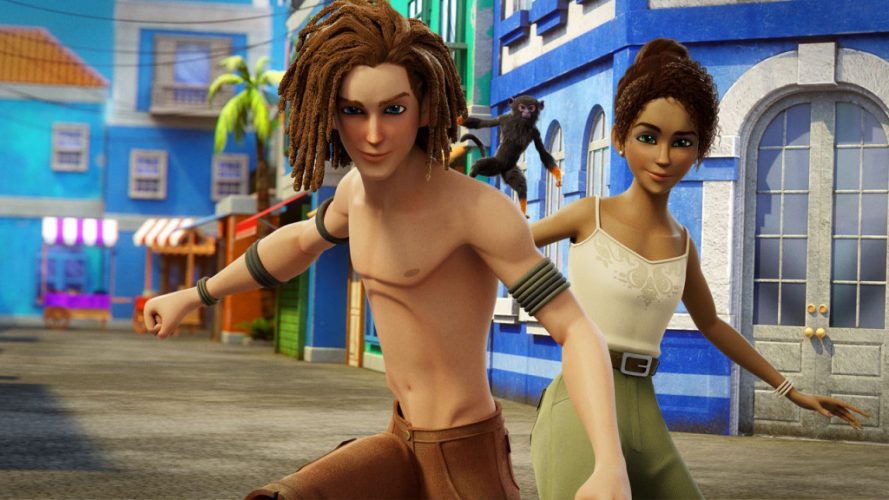 Tarzan and Jane is a Canadian-American animated series that airs on Netflix. It is produced by Arad Animation, 41 Entertainment and Arc Productions and is based on the novel Tarzan of the Apes which was written by Edgar Rice Burroughs in 1912. The very first time when Tarzan was portrayed on the screen was in a series titled “Tarzan” that aired on NBC from 1966-1968 after which there have been multiple television series and movies that were inspired by the story of Tarzan. The show continues as a modern remake of the age-old classic.

The first season of the show premiered on Netflix on January 6, 2017, and after its successful run, the second season was greenlit and streamed on October 12, 2018. The story of Tarzan has been the inspiration of many movies’, and series’ plots and this animated, modern-day remake of the story is refreshing and will get the kids acquainted to it as well.

The show follows a sixteen-year-old Tarzan who gets saved from a plane crash and receives superpowers. He uses them to fight and protect his Jungle from the threats with the help of a city girl named Jane.

Tarzan and Jane Cast: Who’s in it?

Tarzan and Jane Plot:  What is it about?

Tarzan and Jane is basically a modern-day remake of Edgar Rice Burroughs’ classic characters. A sixteen-year-old Tarzan returns from the African jungles to a boarding school in London where he meets Jane, who is a brave and a smart city girl. They team up to fight crime, solve mysteries and prevent any environmental injustice from happening. The story starts on a low note with Tarzan losing his parents and his family in a plane crash. The plane crash also somehow results in Tarzan getting his superpowers. The show focuses on Tarzan’s unrestrained personality and his fearless stand on injustice. It also focuses on his adjustment from the jungles of Africa to a boarding school ad a “civilized” life in London as well as his growing friendship with Jane who accompanies him on each one of his adventures.

The good and the evil in the show are clearly defined, the distinction is black and white, and there are no grey areas. This makes the show quite kid friendly. When Tarzan loses his entire family in a plane crash, he is rescued by a gorilla who heals him with medicines that give him, special animal powers and thus, a hero is born. In the very second episode, Tarzan meets Jane when he rescues her from a Panther attack. Jane is the brave and spirited daughter of Dr Porter. Tarzan is seen trying hard to adjust to the new life in the city and soon teams up with Jane to stop an animal trafficking chain. Tarzan comes face to face with the animal traffickers and with the help of his grandfather, devises a plan to get the animals back to their natural habitat. In the later episodes, a suspicious fire leads Tarzan to stolen bulldozers which he discovers are going to be used to destroy his jungle. In the finale, Tarzan and Jane stop the poachers from harming the Jungle and Tarzan sets off to rescue Kaala, the gorilla who has been kidnapped.

In the second season, Tarzan and Jane get caught in the middle of a global poaching scheme and must find a way to stop it at any cost. The show teaches kids to be brave and to stand up for the right things or what they feel is right. It promotes a healthy outlook on the world and also teaches the kids to care about the environment and the animals who cannot always defend themselves, especially from human beings who mean them harm. The series is about being brave but being sensitive at the same time which is a very important lesson. You cannot teach the kids only to be brave and courageous because it will lead them to believe that fear is not a natural response. It will also prevent them from perceiving what is wrong. By being sensitive to the world we live in, the animals that we live with, kids and adults alike will learn to empathize and be able to help them when they are in need.

Tarzan and Jane Season 3 Release Date: When will it premiere?

Tarzan and Jane season 2 premiered on October 12, 2019. The Edgar Rice Burroughs’ inspired show is yet to be renewed for its third season. Netflix has not made any announcement as of yet, but there’s a good chance that the show will be renewed. If that happens, we will update this section with Tarzan and Jane season 3 release date.

While we wait for Tarzan and Jane season 3, check our season 2 trailer below.