When Will Taskmaster Season 10 Premiere? 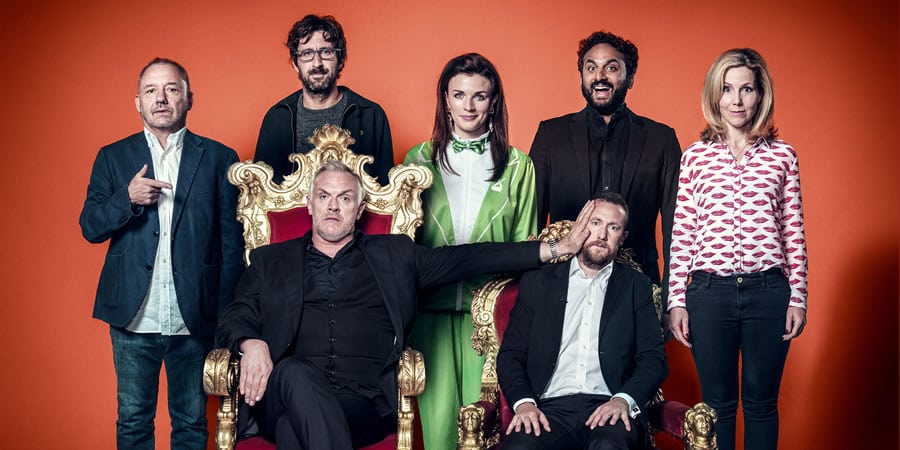 ‘Taskmaster’ is a British comedy game show that airs on the UKTV-owned Dave channel. Created by Alex Horne during the 2010 Edinburgh Festival Fringe, which happens to be the world’s largest arts festival, the show made its way to television in 2015, with Andy Devonshire and Pete Orton as its directors. Season 1, consisting of six episodes, premiered on July 28, 2015, and was followed by eight more seasons. The ninth iteration landed in September 2019. Now that season 9 has also ended, here’s when the 10th edition will drop on tv screens.

Taskmaster Season 10 Release Date: When Will it Premiere?

‘Taskmaster’ seasons 9 premiered on September 9, 2019, and came to an end on November 6, 2019, after 10 episodes, on Dave channel in the UK. In the US, ‘Taskmaster’ debuts with its first season on August 2, 2020, on The CW. Fans wondering about the next season of the show need not worry, because back in 2018 itself, UKTV announced that it had renewed ‘Taskmaster’ for Seasons 8, 9, and 10. And as far as the release date is concerned, it has been confirmed that ‘Taskmaster’ season 10 will premiere sometime in Fall 2020 in the UK on Channel 4. Note: After the ninth season, the show was acquired by Channel 4.

Taskmaster Season 10 Cast: Who Can be in it?

Owing to the show being a game show, the cast for a season typically comprises the presenters and the contestants. Since ‘Taskmaster’ began airing on television, the presenters have remained the same, with Greg Davies taking up the role of the Taskmaster and show creator Alex Horne taking up the role of Davies’ assistant. Contestants, of course, vary with each season, and typically, comedians are chosen to compete in the show. The presenters, Greg Davies and Alex Horne are expected to make a return for season 10.

What Can Taskmaster Season 10 be About?

Each episode of the show typically starts with the Prize Task, which sees each contestant donating a prize according to a given theme. These themes can range from contestants’ most treasured items to contestants’ most unusual items, and whoever wins the show gets all the pooled items as a prize.

Following the Prize Task, contestants complete a few pre-filmed tasks which range from easy, such as emptying a bathtub, to bizarre, such as impressing a mayor within a time period. Once these tasks are shown to the audience, each contestant has to argue with Taskmaster Davies and other contestants as to why their method of completing the task deserves the most praise.

Once all attempts at a task are seen, Davies passes a judgment and awards points to and/or disqualifies players based on their performance. The winner in a task gets five points, the second-placed contestant gets four points, and so on. In the case of group tasks, the five points for the winner are split equally between team members. After the show goes through its set of pre-filmed tasks, the final task is performed live in the studio, and if there’s a tie, a special tie-breaker task is handed out to decide the winner.

As far as prizes are concerned, winners of each episode get a prize, and the series winner i.e. the contestant with the maximum number of points over the course of the season, gets a trophy. From the second season onward, this trophy took the form of a golden bust of Taskmaster Davies. Season 10 will stick to the same format, more or less, with bits of twists introduced to keep the gameplay interesting.