When Will Team Kaylie Return to Netflix? 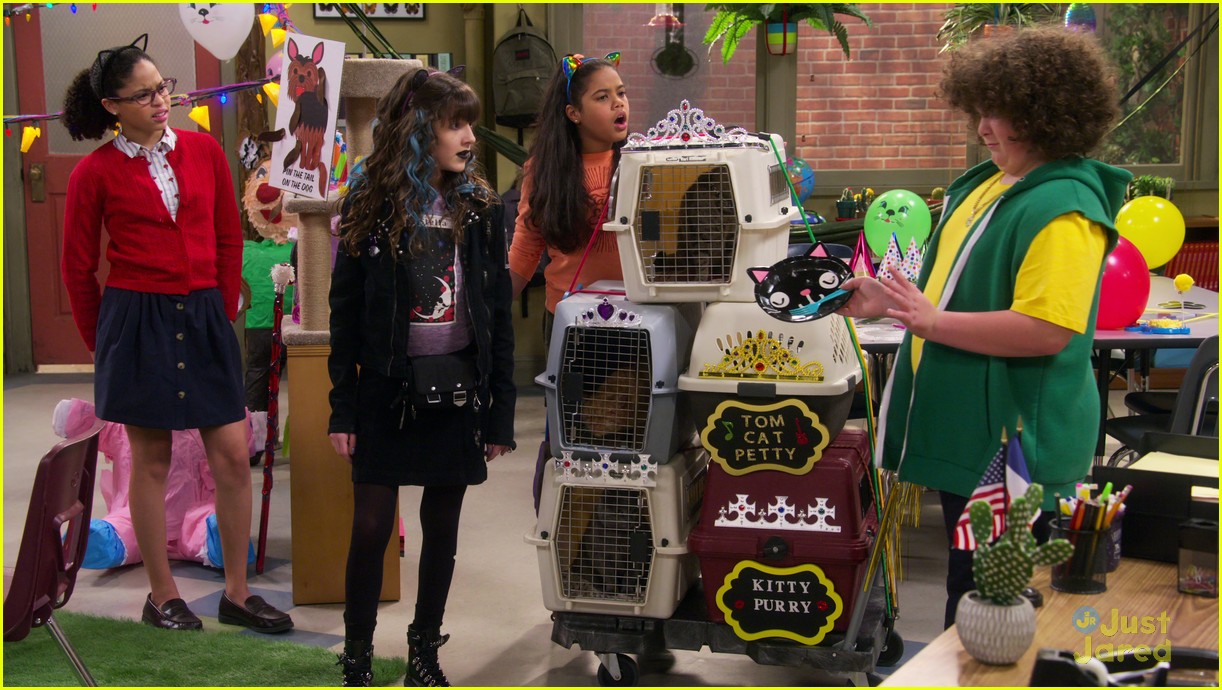 ‘Team Kaylie’ is a live-action comedy series, created by Emmy-winning producer Tracy Bitterolf (‘Emma Approved’). Tracy has also served as a staff writer for ‘Bizaardvark’ and is credited as the co-creator for the hit web series ‘The Wing Girls’ and the co-author of ‘How To Get Out of The Friend Zone’. She has featured as a reality show producer on ‘The Bachelor’ and ‘Girls Next Door’.

Tracy had this to say about what she wanted to achieve with the show, “I set out to make a show that I would have wanted to watch when I was eight years old.” She added, “I ended up with a show that I want to watch as an adult, too, which means Team Kaylie is for kids and adults alike, or that I haven’t matured at all. Either way, I’m thrilled to be in business with Netflix at a time when they are so committed to making compelling content that resonates with kids and family audiences.”

The show has been developed and executive produced by Pamela Eells O’Connell (‘Jessie’, ‘Bunk’d‘) and directed by Bob Koherr (‘The Conners‘, ‘Jessie’). The series is about a popular, selfie-obsessed, 19-year-old billionaire, Kaylie. When she is issued a community service court order to lead the Wilderness Club in a certain middle school, she attempts to prove herself after being forced out of her comfort zone.

The show has had two successful seasons so far. Now the question is, when will ‘Team Kaylie’ season 3 land on Netflix? We will delve into that question, but first, let’s quickly look into the details of the series.

Team Kaylie Cast: Who’s in it?

This Netflix Original series stars Bryana Salaz as the protagonist, Kaylie — a self-centered social media star. Salaz is a pop singer-songwriter and actress, best known for participating in NBC’s reality series, ‘The Voice’, where she reached the top 20 in season 7.

Joining her is Alison Fernandez (‘Once Upon a Time‘) as Amber, a headstrong, impulsive, and street-savvy tween, who leads the Wilderness Club. Amber is not quite pleased with Kaylie’s arrival. Symera Jackson (‘Sydney To The Max‘) plays Jackie, a brilliant A-student and a strict follower of rules. Jackie wishes to enter an Ivy League college and hence, does anything to please those around her.

Elie Samouhi (‘Bizaardvark‘) is Chewy, the always-confused class clown who stumbles to the beat of his own drum. Kai Calhoun is Ray Ray, a devotee of pop-culture trends and Kaylie’s fan. Ray Ray is in awe with Kaylie’s wardrobe. Eliza Pryor (‘Alexa & Katie‘) is Valeria, a wannabe witch, who lacks both spell tactics and people skills.

In season 3, all the main cast members will return to reprise their original characters.

Team Kaylie Plot: What is it about?

Meet Kaylie Konrad, a 19-year-old, shallow, and selfie-obsessed social media celebrity, who has everything. She has millions of followers, owns a mega-yacht, and boasts of extravagant mansions in Calabasas and Malibu. However, everything goes for a toss when the teen billionaire is issued a sentence by the court to serve in community service after a car accident. Kaylie needs to assume the leadership role of a rag-tag Wilderness Club in inner-city Los Angeles.

Of course, the kids are overjoyed when they are put under the charge of a famous star. But Kaylie knows nothing about the wilderness — about camps, nature, or spending time in the outdoors. Worse still, she has zero experience when it comes to handling middle-school tweens. To add to the complications, Kaylie’s fierce mom-ager mother, Kit, wants her daughter to stick to the success of their hit family reality show and focus on million-dollar endorsement deals. Additionally, Kaylie needs to tackle the bitter, troublesome school principal, Dana.

In her lifetime, the only hurdles that Kaylie has faced include her having to smooth out a wrinkle on the red carpet. Hence, this sentence seems like the ultimate disaster, especially when the entire activity pushes her out of her comfort zone. However, as the days progress, Kaylie discovers that she has a lot more to offer apart from the pretty face she is recognized for.

As she and her Wilderness Club members unite to reach common ground, they realize that all of them are a little lost. And together, they need to sort out their lives — a goal that is possible only when they stick close to one another. A hilarious and heartfelt series centered around an oblivious celebrity with a good heart, ‘Team Kaylie’ follows how this starlet eventually realizes that there is more to her than what meets the eye.

Season 1 ends with Kaylie solving a major dilemma which involves balancing her big plans with the kids’ wilderness cooking challenge. Season 2 begins with the team getting ready for a bird-watching adventure as Chewy finally decides to woo Amber. Then Kaylie organizes a fishing trip that ends in a disaster and leaves them stranded on a remote island. Next, the gang buckles up for a fundraising event whereas Kaylie gets ready for a very special date. Toward the end of the season, the team prepares for a holiday bash and Kaylie learns a valuable lesson on how to enjoy a humble celebration.

In season 3, you can expect the show to continue telling the story of Kaylie’s journey towards self-discovery.

Team Kaylie Season 3 Release Date: When will it premiere?

‘Team Kaylie’ season 2 premiered on December 2, 2019, on Netflix in all its entirety of six episodes. This was just two months after its first season debut, which comprised five episodes and landed on September 23, 2019.

Netflix had originally commissioned the series for 20 episodes. And this is not the first time that the streaming giant has split shows into seasons/parts. The third installment from the show, i.e ‘Team Kaylie’ season 3 is slated to premiere on February 3, 2020.

You can watch the trailer for season 3 right here.