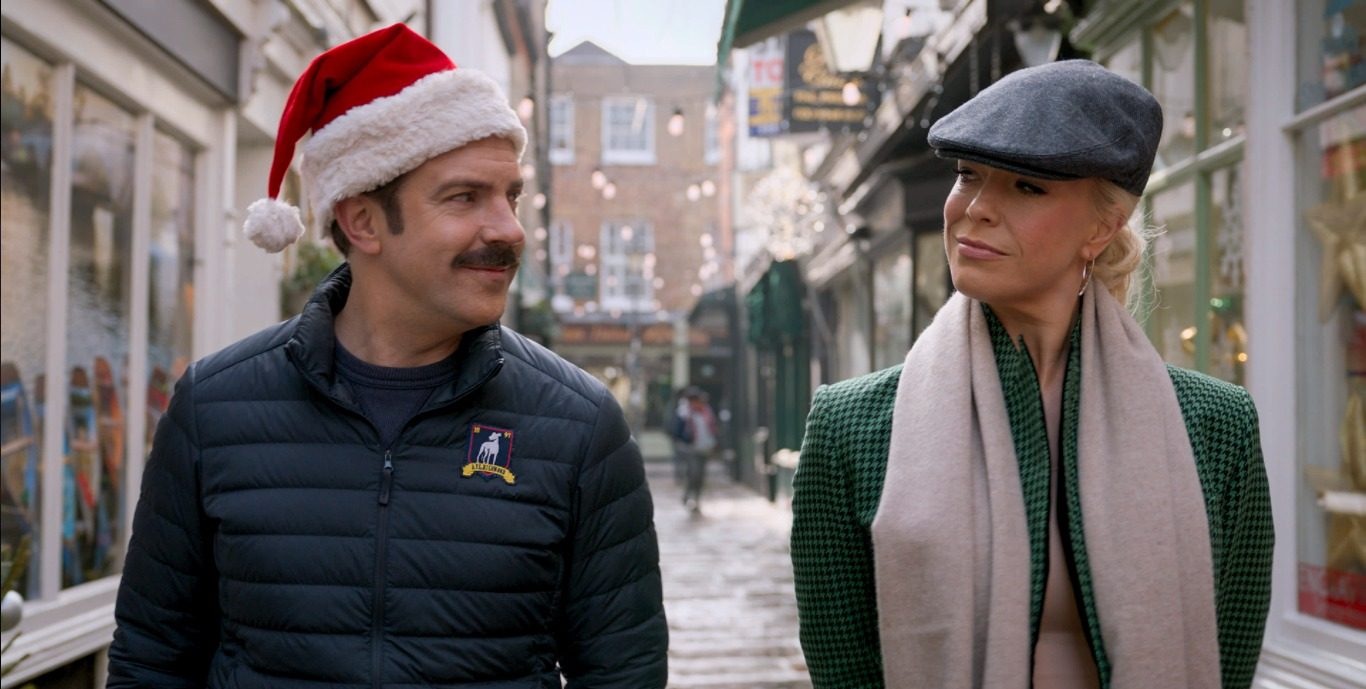 The feel-good show shines brightly on Christmas day, which is when season 2 episode 4 is set. The team gets together for some spontaneous holiday cheer at a most unexpected venue while their former captain Roy heads off on a truly bizarre (but heartwarming) adventure of his own. There’s an important match coming up, and coach Ted warns the players not to get too drunk, but who’s counting? Let’s see what the upcoming ‘Ted Lasso’ season 2 episode 5 ho-ho-holds in store!

‘Ted Lasso’ is an Apple production, and season 2 episode 5 will therefore be available exclusively on their streaming platform — Apple TV+. Season 1 in its entirety and all-new season 2 episodes of the show are available on the streaming service. Apple TV+ also offers a 7-day free trial that you can use to check out the show.

‘Ted Lasso’ season 2 episode 5 is mysteriously titled ‘Rainbow’ and could refer to any number of plot points. Seeing how the story’s going so far, we can expect an important match to be played, which will help AFC Richmond chalk up some much-needed wins. The post-Christmas gloom also seems inevitable and could come in the form of financial troubles for the club, which have been looming in the background so far. We might just find out how rich Rebecca really is.

We could also get some interesting insights into some of the other main characters of the show. Nathan is visibly scarce in episode 4, and we could get to see more of him in the upcoming episode. So far, we have only heard details of his personal life described in bits and pieces, and we might just get to know him a little better. Jamie Tartt will likely be back to his entertaining self, as will the brilliantly gruff Roy Kent. Coach Ted’s appointment with the insightful Dr. Sharon is also waiting to happen, and the face-off might just take place in episode 5.

Season 2 episode 4 is set on Christmas day and opens with the team playing Secret Santa. Jamie, of course, forgets to get a present but does remember to say “God Bless me, everyone” before exiting the room. Ted expects to spend the day face-timing with his son but realizes that that kid is more interested in his expensive new Christmas gift. Fortunately, Ted is rescued from a melancholy and lonely day by Rebecca, who takes him to distribute presents instead. Roy and Keeley also have an unexpected change in plans when “sexy Christmas” gets turned into a day spent looking for a dentist with Roy’s niece.

Higgins, meanwhile, hosts a Christmas dinner for all the players who are spending the holidays away from their families. His guest list mysteriously expands this year when most of the team’s players show up to his house to celebrate, leading to a truly entertaining party. The bowl of punch and “cheeky” bottle of tequila that Dani Rojas brings over seems to do the trick, and the episode closes with Rebecca and Ted showing up to the gathering with a band.