Ted Lasso Season 2: Everything We Know 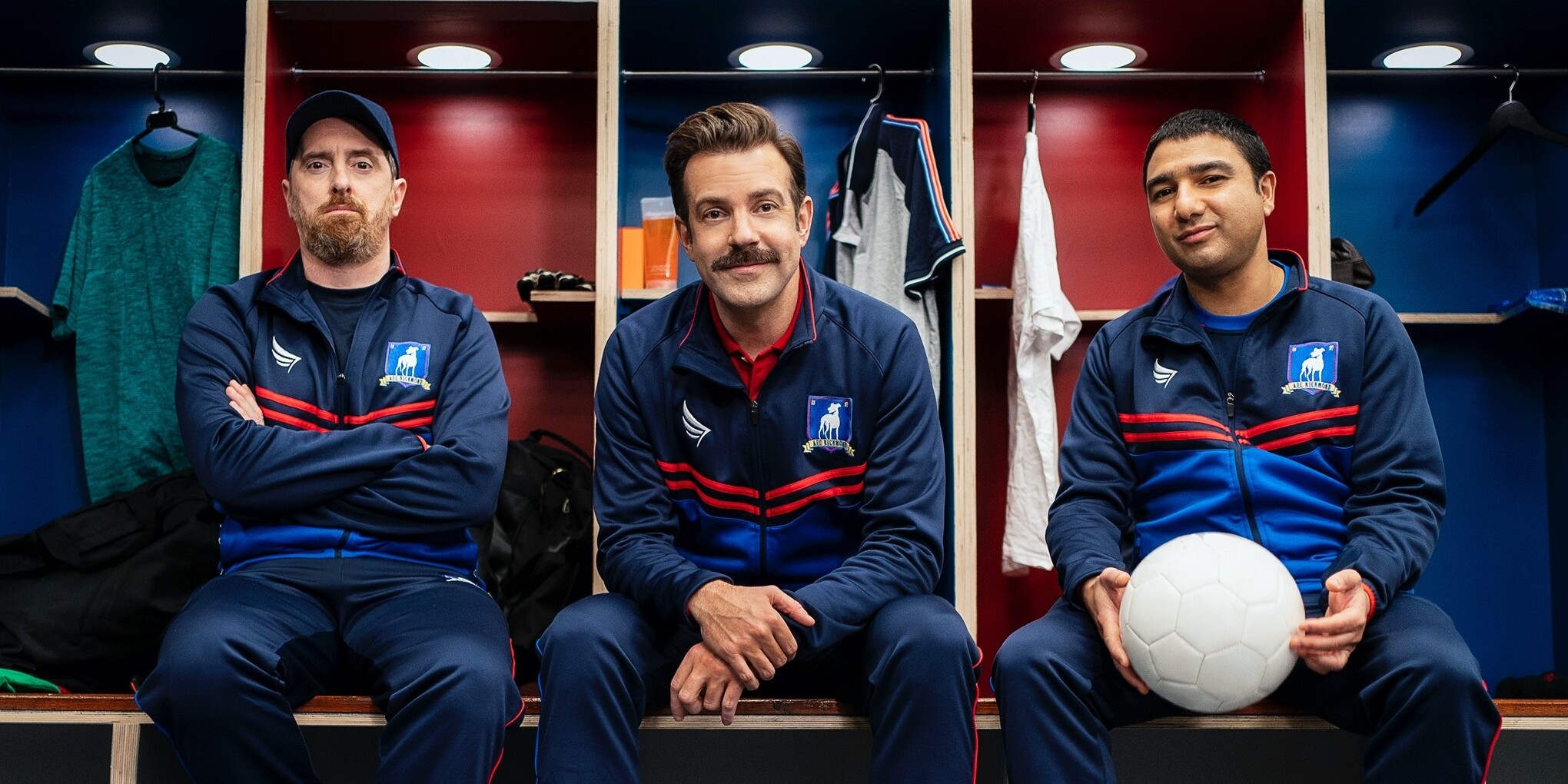 Ted Lasso may not be the coach AFC Richmond deserves, but he is definitely the one it needs right now. Created by the quarto of Bill Lawrence, Jason Sudeikis, Brendan Hunt, and Joe Kelly, and driven by the eccentric energy of Jason Sudeikis in the titular role, sports comedy ‘Ted Lasso’ is a compelling, soapy, and often funny series. Taking the concept from a series of short comical sketches Sudeikis did for NBC during the Premier League, the first season caught critics and fans by surprise.

It follows the titular American football coach as he struggles to adjust to his new team and the British brand of sarcasm. After a rough start, Ted manages to motivate his team through honesty, enthusiasm, and some good old dressing room pep talk. In dire times, everyone loves a hearty laugh, and the England-bound American coach wins over people from both sides of the Atlantic. Since watching the bittersweet season 1 finale, fans are eager to see Ted Lasso back on the field. If you are curious to know the score of season 2 of the Apple TV original, we shall be obliged to relay to you what we know.

Shortly after the premiere of the first season, on August 19, 2020, Apple greenlit the show for a second season. On April 20, 2021, the official Twitter handle finally revealed the release date of the much-awaited second outing. The field is being prepared, and ‘Ted Lasso’ season 2 will premiere on July 23, 2021, on Apple TV+.

‘Cause guess what, Greyhounds? Our 2nd season starts 7/23! Can I get a Bah Amen!? That’s what I used to think they were called

The production crew got the ball rolling in January 2021, and the filming for the second season wrapped up in early June 2021. As the news of the season 2 premiere is revealed, we are also delighted to tell you that the forthcoming season will have two more episodes than the last, making it a total of twelve. Moreover, the original network revived ‘Ted Lasso’ for a third installment back in October 2020, which might also serve as the show’s final season considering the lead actor Jason Sudeikis’ probable unavailability beyond season 3.

Ted Lasso Season 2 Cast: Who is in it?

All of the major cast members will retain their roles in the coming season. Needless to say, Jason Sudeikis will reprise his titular role as the eccentric American coach Ted Lasso. Among other returning cast members, we might also see Hannah Waddingham as Rebecca Welton, the new owner of the club, Brendan Hunt as Coach Beard, Nick Mohammed as Nathan “Nate the Great” Shelley, and Jeremy Swift as Director of Football Operations Leslie Higgins. Moreover, Juno Temple will also return to portray the character of Keeley Jones.

On the field, Brett Goldstein (Roy Kent) will appear alongside Cristo Fernández (Dani Rojas), Stephen Manas (Richard Montlaur), Toheeb Jimoh (Sam Obisanya), Kola Bokinni (Isaac), and Billy Harris (Colin). In a new addition to the cast, Sarah Niles will play the role of sport psychologist Sharon, who does not like sugar. However, we are not sure whether Phil Dunster will reappear as a series regular since his character Jamie Tartt takes his exit from the club in the finality of the first season.

Ted Lasso Season 2 Plot: What is it About?

The first season is a roller coaster ride packed with comedy as it exceeds the expectations of the fans. The ending of the season is bittersweet, keeping with the overall feel of the story. By the time of the showdown between AFC Richmond and Manchester City, Jamie has changed sides and Roy is too old to lead the team. As Nate takes a stint at coaching, the team hopes to find inspiration from a video of Jamie, but that goes horribly wrong.

Amidst a lot of ruckus in the field, Man City scores a goal before halftime, but Richmond breaks even as the second half kicks off. However, with Jamie’s assistance, Man City wins the game, shattering Ted’s dreams for the season. Not being disheartened, Ted tries to elevate the team spirit and congratulates Jamie on the win. Ted attempts to step down but is revitalized by some assertion from Rebecca; the two hope to earn a promotion in the next season.

The second season will begin from the aftermath of the loss, as Ted retains his duties as the coach. Fans will be eager to see whether Ted manages to live up to the expectations. Hopefully, by the end of the season, we shall see AFC Richmond winning the promotion and making its way to the Premier League. But before that can happen, some alterations and adjustments are necessary.

On the insistence of Higgins, the management will recruit Sharon, the sports psychologist, to elevate the morals of the team. We are yet to see how the dynamic between Sharon and Ted pans out, but their clash will hopefully deliver some hilarious moments. To catch a glimpse of the upcoming season, you can tune in to the official teaser trailer below!