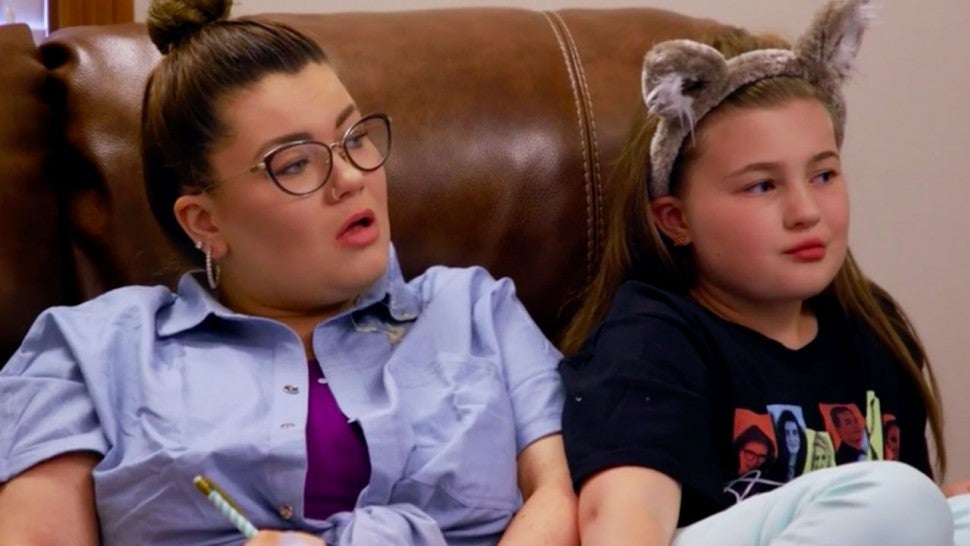 In this week’s episode of the ninth season of ‘Teen Mom OG,’ Catelynn Lowell and Tyler Baltierra organized a gender reveal test and found out the result. Mackenzie left for Oklahoma, her hometown, to surprise her dad, who is struggling with depression, and actively help him deal with it. The events of episode 13 are outlined in the recap. ‘Teen Mom OG’ season 9 is all geared up to release its fourteenth episode, and here is everything we know about it!

‘Teen Mom OG’ season 9 episode 14 is slated to premiere on September 14, 2021, at 8 pm ET on MTV. Now that the mid-season break has ended, new hour-long episodes will air every Tuesday evening at the same time slot. If there are any changes in the schedule, we will keep you updated.

To watch ‘Teen Mom OG’ season 9 episode 14 on your television screens, tune in to MTV as and when the show airs. After their TV release, the episodes also drop on MTV’s official site for online streaming. The next go-to option is to choose any of the cable-free, live-streaming services. Some of the popular platforms are DirecTV, Fubo TV, Philo TV, YouTube TV, Xfinity, and Sling TV. You can additionally rent full seasons or single episodes on Spectrum on Demand, Google Play, Vudu, iTunes, Apple TV, Amazon Prime Video. The first six seasons of ‘Teen Mom OG’ can be watched on CBS All Access.

The upcoming episode is titled ‘A Day Late and a Dollar Short.’ It will feature Cheyenne approaching her third trimester. She would want Cory to engage more with Ryder and help him out even though Cory’s schedule is packed. Despite Catelynn’s reluctance, Tyler will consider trying ketamine therapy. There is also an important day on the schedule as Mackenzie and her family recall her late mother’s birthday and celebrate.

In the thirteenth episode, titled ‘Don’t Give Up on Me,’ things took a turn when Tyler and Catelynn learned the gender of their unborn child with an at-home test. They already have two girls – Nova and Vaeda – so they really wanted their next child to be a boy. However, it turned out to be another girl. Although they were not particularly happy, Tyler convinced Catelynn that raising another child would still be delightful.

Meanwhile, Mackenzie traveled home to Oklahoma to surprise her dad. It had also been six months since she had last gone home, so she thought it was time to reconnect with her roots. In the process, she noticed her father stacking up junk food items in his room. Therefore, Mackenzie rounded up other members of the family and held an intervention for her father. Elsewhere, Amber learned that her daughter Leah was not ready to forgive her. She had been in prison for 17 months and had lost touch with her daughter.

Moreover, Amber had given birth to another child James, who she has been deeply invested in since then. Thus, that could also have kept the mother occupied. Later, out of anger and frustration, Amber went on an Instagram rant calling Kristina, Gary’s wife, a “homewrecker.” This public declaration became the source of serious problems for Kristina, who then reported the entire incident to Gary. Meanwhile, Cheyenne is six months pregnant, but after her next doctor’s appointment, Zach was mad at her for not calling him when the baby’s heartbeat was being recorded.