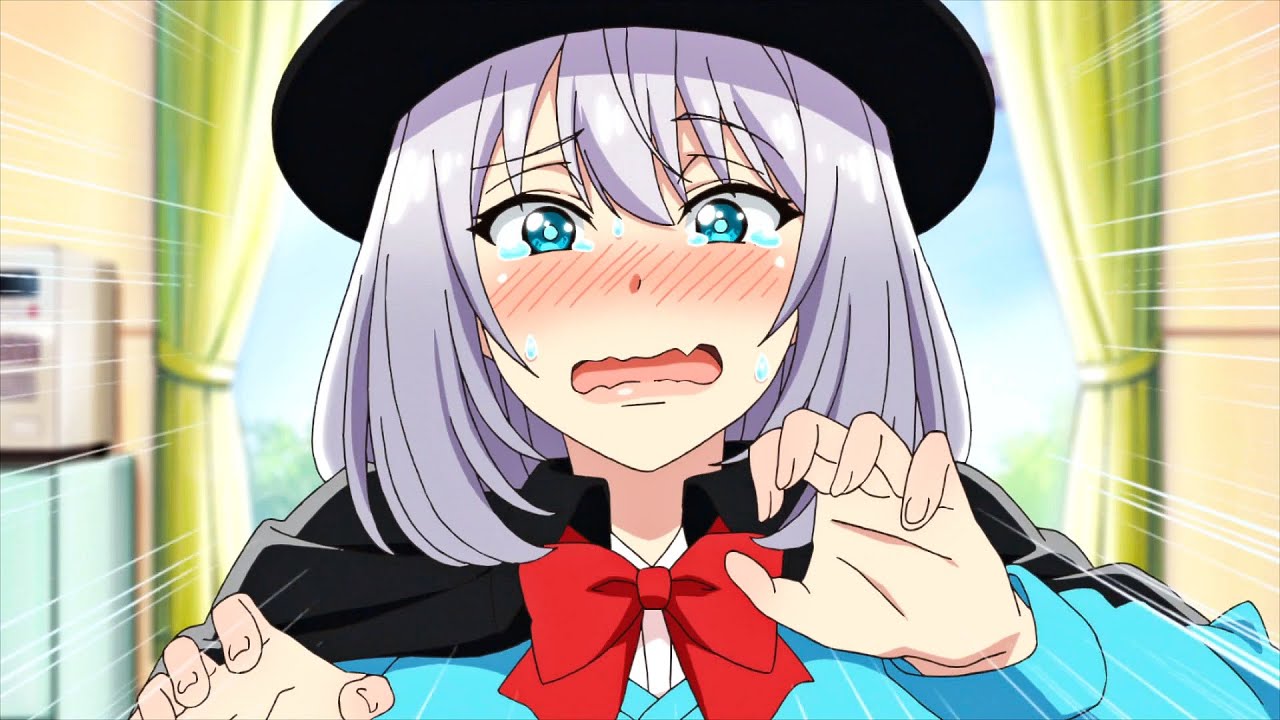 If you’re looking for a high-end comedy anime with breathtaking visuals and complex character developments, you should not even be here right now. ‘Tejina Senpai’ is just a simple Ecchi comedy that wears all of its jokes on its sleeve. Each of its episodes has a very short runtime of just 12 episodes and for obvious reasons, the only thing that’s entertaining about it is the comedic shenanigans of its characters. Shows like these often get a lot of criticism for indulging in the most common perverted anime tropes. But these critics forget that the sole purpose of such anime is to just entertain.

Apart from all the comedy that it offers, what’s really great about this Ecchi anime is how it uses the interactions between its characters to create hilarious situations. While there are many similar shows which simply involve ridiculous ecchi scenes strung together, this one has an actual storyline and will definitely make you laugh. Even the animation side of it is fairly decent and is almost perfect for its setup. At the end of the day, it all comes down to what you prefer.

Some anime fans might look for quality comedy shows like ‘Gintama‘ that have dense plots while others, who have a short attention span, might look for lighthearted stuff. If you belong to the latter category, then ‘Tejina Senpai’ is the perfect series for you. And even if you’re looking for a short comic break after a long day, one episode of this show will be enough to lift your mood. If you had a great time watching ‘Tejina Senpai’ and you’ve already started wondering if it will be renewed or not, we might have some good news for you in the next section.

Tejina Senpai Season 2 Release Date: When will it premiere?

‘Tejina Senpai’ Season 1 premiered on July 2, 2019 and with a total of 12 episodes, it came to an end on September 17, 2019. Despite being one of those typical Ecchi comedies, ‘Tejina Senpai’ has been doing fairly well. But the odds of receiving a new season seem fairly low because it has been adapted from a manga that only has 5 volumes. Covering 5 volumes in a 12-episode season shouldn’t be a challenge for the creators of the show. Also, the fifth volume of the manga was published way back in November, 2018, so it looks like the mangaka has already given up on it. So unless we get more volumes of the source material in the near future, the anime will not get a renewal.

If we consider its popularity, the anime has been doing way better than most other recent anime of the same genre, but even then, its overall rating on most popular platforms is just average. So in the end, it will all come down to the DVD/BD sales of the show. If the sales are a lot more than the expectations of the creators, the author of the manga will be forced to write more volumes. The most optimistic estimate of ‘Tejina Senpai’ Season 2 release is sometimes in July, 2020, but realistically, it could even take 2021 for the next season to come out.

As of now, there are no official English Dubs of ‘Tejina Senpai’. You can still stream it on Crunchyroll with its original Japanese audio and English subtitles.

‘Tejina Senpai’ has a simple storyline that centers around a character whose name is not revealed. He is named “Assistant kun” by Magical Senpai after he decides to help her get over her stage fear. According to the rules of his school, he is supposed to join at least one club and while he starts to look for a club that may be suitable for him, he runs into Tejina Senpai. Realizing that she has stage fright and will make a fool out of herself in front of an audience, he decides to become her assistant and helps her overcome all of her problems.

Senpai is the titular character of the show who is a third-year high school student. She seems to have a keen interest in performing magic tricks, so she decides to start her own magic club. That’s when she runs into “Assistant” and decides to hire him. But unfortunately, she has a terrifying fear of crowds and every time she goes on stage to perform, she ends up messing up all of her tricks. She also has a very weird habit of partially exposing herself and landing in the most awkward situations.

When she’s alone, she proves to be a great magician and perfectly executes all of her tricks. But when she’s on stage, her fear paralyzes her and she ends up goofing up every single time. She’s also good at painting and every time Assistant tries to run away from her, she uses her extraordinary athletic abilities to easily catch him. She has short silver hair that has grey ends and her eyes are blueish in color. She has an extremely curvy and athletic build that draws the attention of many boys at school. Usually, she is seen in her school uniform — a blue jacket over a white shirt and short blue skirt.

Assistant is a nameless character who is the first and only member of Senpai’s Magic Club. Senpai’s antics often annoy him and he hates it when she calls him “Assistant”. In the beginning, Assistant feels really awkward when Senpai unnecessarily tries to show him her body parts. It is later confirmed that he does not have any feelings for her but he never really bothers to tell her that. He does enjoy talking about video games but when it comes to Senpai, he just quietly observes all of her weird obscene antics and only speaks up when she crosses a line.

When it comes to his appearance, he is quite timid for his age and walks around with a slight hunch. He has medium brown hair and dead black eyes. Even his expression is usually the same and he is rarely seen with a smile. Since most of his scenes are in school, he is seen in his school uniform — a blue blazer on a white shirt with a green tie.

Senpai’s older sister, referred to as Onee-chan, is Assistant’s homeroom teacher. She really adores her sister and accepts her the way she is. Even at school, she openly expresses her love for her by calling her “precious” and “Little sis”. Senpai finds this really annoying but never really complains about it. Onee-chan also enjoys dressing up her sister in cute costumes. Apart from being the homeroom teacher, she is also appointed as the magic advisor of the club. She has a very cute and innocent face with big green eyes. She has brown short hair and can always be seen with a faint smile on her face.

Saki is a female transfer student at the high school who has long orange hair and evil red eyes. Just like Senpai, she has a keen interest in street magic and runs her own Street Performance Club. Later, she gets a little jealous of Senpai and tries to take over her magic club. She seems to be really obsessed with her own younger brother, Ma-kun. Like all the other characters, she is usually seen in her school uniform. Every time Senpai does something stupid, she tries to cover her brother’s eyes and criticizes him when he tries to look.

Masashi, commonly known as Ma-kun, is Sami’s younger brother. Just like Assistant, he tends to remain calm and composed all the time. Later, he also ends up joining the Magic Club. He is pretty smart for his age and usually comes up with a logical explanation for many complex magic tricks.

Madara-san is another secondary character of the show who is the president of the school’s chemistry club. She is very shy and hates it when someone behaves inappropriately. When Assistant expresses his interest in joining her club, she allows him but also warns him that he must behave properly. She is very knowledgeable when it comes to science and loves performing all kinds of cool experiments. She also hates the whole idea of magic and believes that it’s only used for tricking people.

Read More in Anime Preview: Do You Like Your Mom | Vinland Saga