When Will Tell Me A Story Season 2 Premiere on CBS? 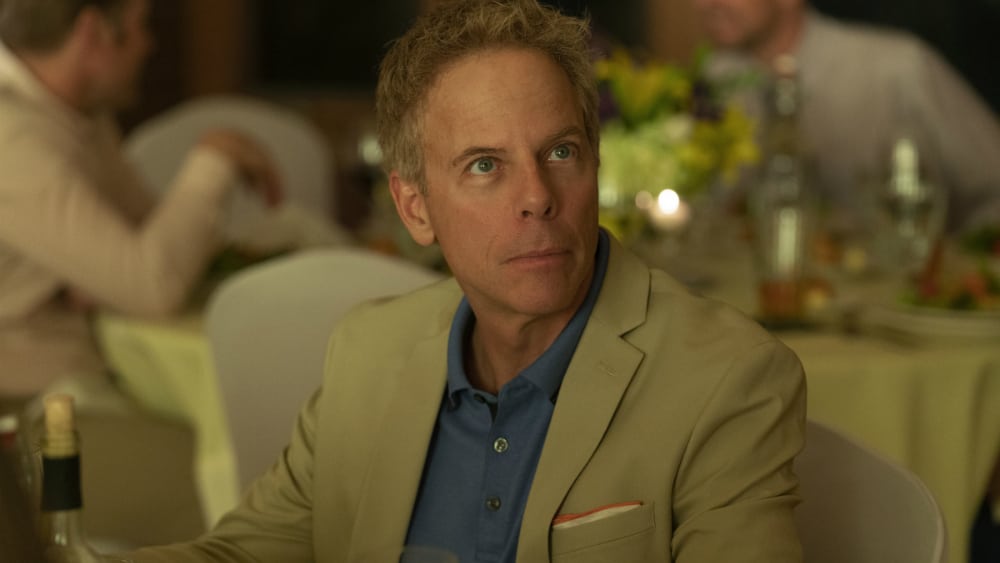 ‘Tell Me a Story’ is a psychological thriller web TV series that airs on CBS All Access. The show has been created by Kevin Williamson and is based on a Spanish TV series, ‘Cuéntame Un Cuento’ by Marcos Osorio Vidal that was aired back in 2013. Williamson stuck to the format of the Spanish series as he was instantly taken by it. The show first premiered in October 2018.

Everybody loves fairy tales, right? I mean, we grew up on them and we often heard them as bedside stories right before we went to sleep. Fairy tales also taught us valuable things in life and always had happy endings. However, a lot of fairy tales, especially those by the Grimm brothers had really grim origins — pun intended.

‘Tell Me a Story’ seeks to retell the popular fairy tales which are archetypal to society across cultures, and reimagine them in the modern-day as a series of twisted and dark psychological thrillers. However, it appears as though the critics were not exactly enchanted by this prospect and RogerEbert.com has been most vocal in its chiding, saying, “There are talented TV veterans in Tell Me a Story, likely lured by Williamson’s pedigree, but even they fail to give what could reasonably be called good performances. The pacing, the dialogue, the (complete lack of) visual language, the world-building—it’s impossible to point to a single element that works.”

Well, in spite of the criticism, the series did start off with a successful season 1. Now, the question is: will there be a ‘Tell Me a Story’ season 2? Let’s find out.

Tell Me A Story Cast: Who is in it?

The main cast of ‘Tell Me A Story’ season 1 includes James Walk of ‘Zoo‘ fame in the role of Jordan Evans. Evans is a restauranteur in New York City who is determined to take revenge against those who are responsible for his fiancee’s death. His fairy tale counterpart is obviously the big bad wolf from ‘The Three Little Pigs’ story. Billy Magnussen of ‘Game Night‘ and ‘Aladdin‘ fame plays the role of Joshua “Nick” Sullivan, a high school teacher who has a relationship with a student of his. Sullivan’s counterpart is the wolf from ‘Little Red Riding Hood’.

Danielle Campbell of ‘The Originals’ plays the role of Kayla Powell, the high school senior who is dealing with the death of her mother and is in a sexual relationship with Nick. Kayla is Red Riding Hood here. Sam Jaeger appears as Tim Powell, her father, whose counterparts are both the woodcutter and Red Riding Hood’s mother. Kim Cattrall of ‘Sex and the City‘ is seen as Colleen Powell, Tim’s mother, which makes her the fairy tale equivalent of Red Riding Hood’s grandmother.

Dania Ramirez of ‘The Sopranos‘ and ‘Entourage‘ fame appears as Hannah Perez, an army veteran who returns to New York but has issues with her stepfather and mother. Perez is basically Gretel. Davi Santos is seen as Gabe Perez, her brother who has a drug addiction as a means of coping with the fact that he accidentally killed someone. Gabe is obviously Hansel.

There are several other characters including those who play the real-life counterparts of the Three Little Pigs. Along with these are the recurring and guest stars who help bring this modern-day version of the fairy tale to life.

In the second season, we see a whole new crew of different cast members. Some of the notable guest stars in season 2 include Paul Wesley as Tucker Reed, Carrie-Anne Moss as Rebecca Pruitt, Odette Annable as Maddie Pruitt, Eka Darville as Beau Morris, Matt Lauria as Jackson Pruitt, Natalie Alyn Lind as Ashley Rose Pruitt, and Ashley Madekwe as Simone Garland. Danielle Campbell from season 1 makes a comeback to play a recurring role as Olivia Moon. Other actors include Garcelle Beauvais as Veronica Garland, Caleb Castille as Ron, and Christopher Meyer as Derek.

Tell Me A Story Plot: What is it about?

‘Tell Me a Story’ is a dark and twisted psychological thriller. It is set in modern-day New York City. Season 1 takes three of the most celebrated fairy tales, namely ‘Hansel and Gretel’, ‘The Three Little Pigs’ and ‘Little Red Riding Hood’ and turns it into an epic tale of love, murder, greed, and revenge. The series has pretty dark undertones to it.

The show is jam-packed with action but slowed down for the emotional bits. At comic-con, Williamson told the crowd with regards to the show that, “If you love ‘Vampire Diaries’ then I think you will love this a lot. We pack in so much rapid storytelling. We go a mile a minute but we slow it down for the emotional moments. We have cliffhangers, which I love to write. Because of cable and streaming, we get to go to some new places.”

Variety praised the pacing of the show as well, saying, “For all its faults, the series is enthusiastically pulpy, moving with a propulsive energy that, to be frank, most streaming dramas lack. It’s not nearly operating on the same prescient level as, say, ‘The Good Fight,’ nor quite the radical re-imagining of fairy tales as advertised. But if nothing else, “Tell Me a Story’s” got a wicked bite that might serve it well when trying to grab curious viewers on a streaming platform that doesn’t quite have anything else like it.”

Speaking of the plot of season 2, Julie McNamara, Executive Vice President, Original Content, CBS All Access said, “The first season of ‘Tell Me A Story’ turned conventional fairy tales on their heads, interweaving and modernizing three classic stories into a compelling thriller for today’s audiences, in a way only Kevin Williamson can. We can’t wait to surprise and entertain viewers with a whole new set of tales next season.”

The second season merges three iconic fairy tales — ‘Beauty and the Beast’, ‘Sleeping Beauty’, and ‘Cinderella’. The episodes follow the central character as he battles several ordeals, starting from foraging in the deep forests while attempting to woo the love of his life. Given the pulpy style and intriguing plot, we cannot wait to get started with the new season!

Tell Me A Story Season 2 Release Date: When will it premiere?

‘Tell Me A Story’ season 2 releases on December 5, 2019, after being renewed by CBS All Access in December 2018. It is expected to conclude with its 10th episode, sometime in February 2020.

Tell Me A Story Trailer:

You can watch the official trailer for season 2 here. If you have not seen the series, be sure to do so for the love of fairy tales with a dark twist of reality.