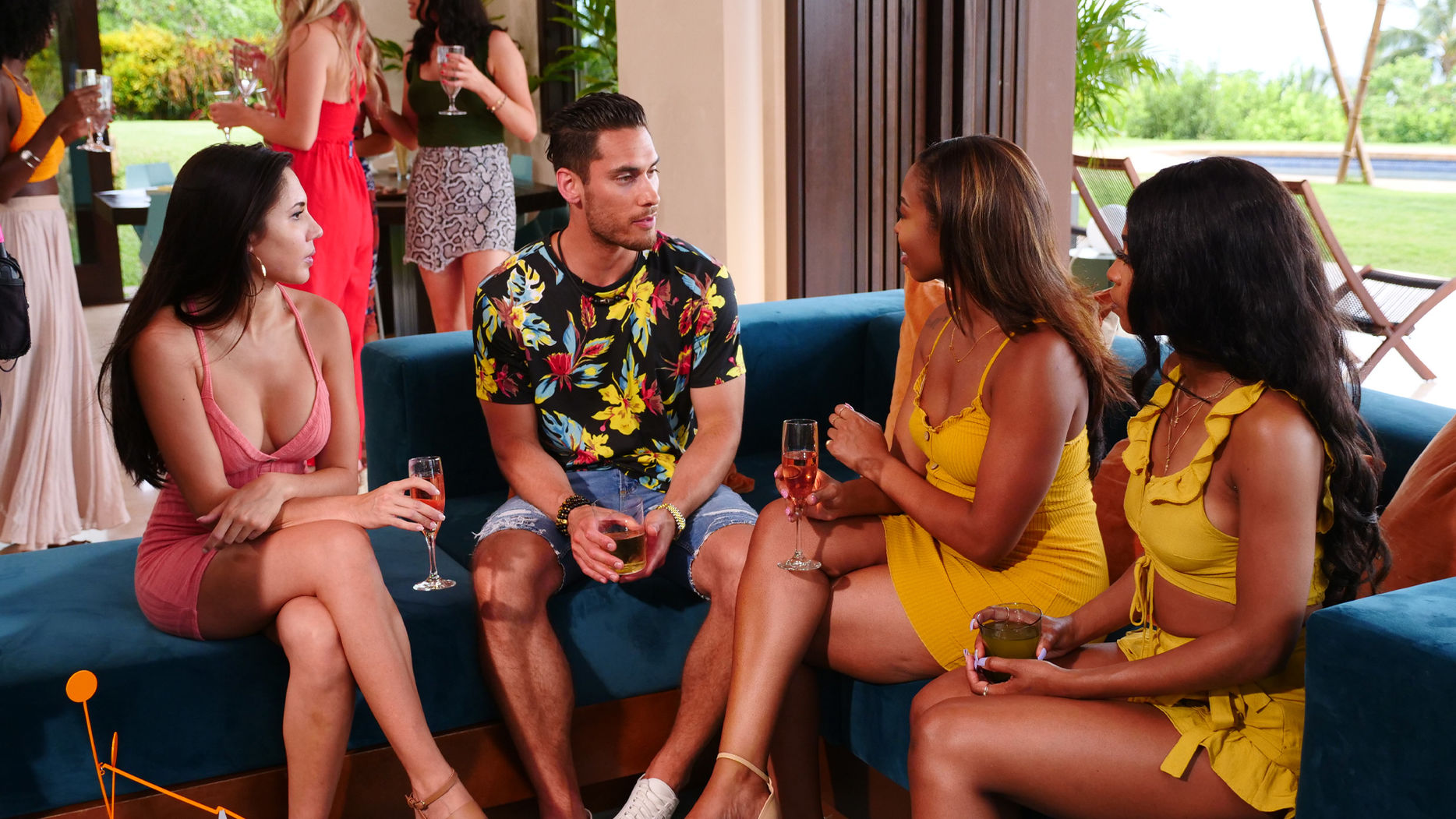 With most couples spending more time indoors during the global pandemic, the premise of ‘Temptation Island’ hits close to home now more than ever. It is an American version of the Dutch TV-program ‘Blind Vertrouwen’ – which, interestingly enough, translates to ‘Blind Faith.’ It follows a handful of couples at crossroads in their relationships as they put their love to the test by giving ‘single life’ a try.

On the Hawaiian island of Maui, these couples take a break from each other while living in separate houses with charming singles to discover if there is another partner with whom they click better. In the end, they either realize that what they have is perfect, or they separate ways with their partners for good. Whatever the outcome, the viewers are assured to be served a hefty dose of drama along the way! For fans anxiously awaiting another edition in the series, here’s everything we know about ‘Temptation Island’ season 3!

‘Temptation Island’ season 2 premiered on October 10, 2019, on USA Network. It wrapped up with a two-part finale on December 19, 2019, followed by a reunion special.

Fans holding their breath over the show’s renewal can let out a sigh of relief as the third edition is well on its way to our screens. The show’s official Twitter handle has been dropping hints left, right, and center ever since the season 2 rolled out, and they even sent out participation callouts for the upcoming installment.

Always room in the villa on Season 3 😏 #TemptationIsland

C'mon, you know you want to 😉#TemptationIsland is casting again. Consider this your call to paradise.

With the production taking place at the Andaz Maui at Wailea Resort on the island, the producers are gearing up for another season. If reports are to be believed, the cameras have already started rolling in early October 2020 under rigorous safety and health protocols approved by the state filming commission. The cast and crew have been thoroughly tested for COVID-19 and quarantined for two weeks before production commenced. If all goes well according to the plan, fans can expect ‘Temptation Island’ season 3 to premiere sometime in early 2021.

The much-anticipated season 3 will most likely see Mark L. Walberg as the host, again. After the roller-coaster ride that was the second season, fans are looking forward to seeing some more tantalizing and juicy twists and turns. There hasn’t been an official unveiling of the participants so far, but if season 2 star Ashley Goldson’s Instagram stories are any indication, she might have lent a helping hand to cast the new season.

Some people have taken it to their social media handle to share that the casting team slid into their DMs or mailboxes. As a matter of fact, this is how second season’s Kareem Thomas landed his gig. If they indeed made the cut, we might see a few of these faces in season 3.

Just got a casting email for Temptation Island. Hmm

What can Temptation Island USA Season 3 be About?

Over the course of its many multilingual adaptations, we’ve come to know the drill of the show. How the social distancing plays a part in the format is yet to be disclosed. If the producers don’t throw any curveballs our way, it is safe to assume that this time around, too, we’ll witness four couples at a pivotal time in their relationship.

It might follow the pairs as they mutually decide what the future holds for them going forward. The couples in question will be joined by 24 eligible women and men, which will put them through their paces. It is going to be nothing short of an exhilarating watch for the viewers, that’s for sure.