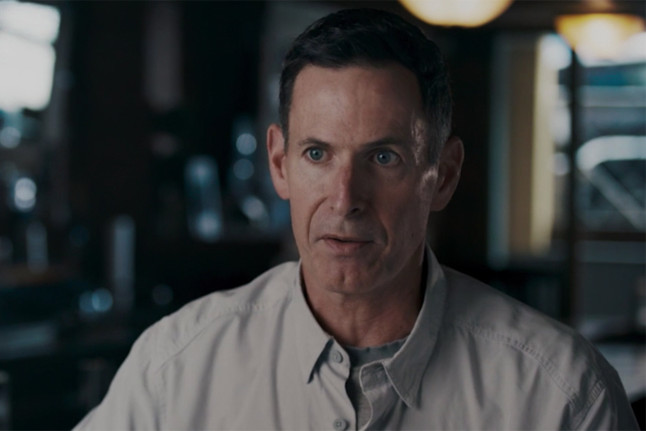 Terrorism Close Calls is a TV program aired on 4th June 2028 and directed by Maria Berry, Marek Bures as well as Jan Spindler. The series reveals how terrorism is spreading and consuming the world. Terrorism Close Calls features some of the most dangerous terrorist attacks that had been planned by some of the most dangerous terrorists in history. Each episode reveals how terrorists plan an attack on different parts of the world with an aim to kill innocent people and bring down institution of significance, and how these attempts have more often than not been thwarted by law enforcement agencies. These government officials study past attacks of terrorists that succeeded in disturbing all the nations.

Terrorism Close Calls is written by Maria Berry and executive produced by Max Serio, Danny Wilk as well as Jon Loew. According to the intelligence team, the series tries to reveal the world’s deadliest terror conspiracies and how the law enforcement shattered and thwarted terrorism. The first season covered ten terror plans in various parts of the country that included a plan to blow up up seven jumbo jets as they passed from above the eastern United States in 2006; in 2009, a plot of attack in the subway system in New York City, a terrorists group arriving at a Martin Luther King Jr. Day Parade all set to kill hundreds of innocent people. The series also reveals some planned attacks on Australia, Israel as well as Germany.

Each episode discusses how the plans of terrorists were interrupted by some of the brave agents, courageous citizens as well as the intelligence team. “Everyone hears about terrorism plots that succeed, but the success of our intelligence and law enforcement agencies are far more impressive,” says Jon Loew, Big Media’s Chairman and an Executive Producer of Terrorism Close Calls. “With this series, we wanted to shed light on the terrible events that could have been and the great people responsible for stopping them.”

Terrorism Close Calls Season 2 Cast: Who is in it?

Majority of the cast of Terrorism Close Calls is expected to return in the season 2. The lead cast David Bitkower, Pete King as well as Don Borelli. We will update this topic as any new cast gets announced for the upcoming season.

Terrorism Close Calls Season 2 Plot: What is it about?

Terrorism Close Calls sheds light on the many brazen attempts of a deadly attack undertaken by terrorists throughout history that have been averted by heroes who fight terrorism day and night.

We see the law enforcement agencies work day and night to stop three young terrorists from bombing a Subway in New York City. The FBI works tirelessly to investigate a suspicious item being purchased online which can cause disaster in America. Multiple intelligence agencies go on a quest together to prevent terrorists from planting bombs in American cargo planes in flight. We see a car salesman scheming to kill the Saudi ambassador. He takes help from a Mexican cartel member who is secretly an agent of Drug Enforcement Administration. His attempt is thwarted. Suicide bombers scheme to blow up planes in North America. They decide to uses liquid explosives hidden in sports drinks which can explode the plane. It takes immense wit on the part of anti-terrorist cells to avert the disaster. In another case, FBI thwarts the planning of a man who schemes to bomb a Martin Luther King Day march that would’ve killed hundreds of citizens.

We see four terrorists scheming to bomb nightclubs in Germany. They also plan to bomb the streets as soon as the people make a run on the streets. The intelligence agencies work 24/7 to halt these brutal attacks. In another episode of Terrorism Close Calls, law enforcement agencies start investigating a case when a 14 years old suspect gets detained. After studying, the agencies realize that a terror group is about to plan one of the most dangerous attacks in Australia. In the final episode, the law enforcement team is seen unravelling some terrorists’ plan who are about to take innocent lives in Germany. “The British cell was planning to smuggle those liquid bombs onto planes and blow up seven airliners heading to North America, with at least 1,500 people onboard. That would have made it the biggest loss of life since 9/11,” Mark Kelton, former CIA chief of European operations, told The Daily Beast. “And if the bombs had gone off over a populated area, the casualties would have gone up exponentially.”

Terrorism Close Calls Season 2 Release Date: When will it premiere?

Anyone who has watched the show Terrorism Close Calls season 1 would tell you the series is bloody roller coaster ride. It had ten episodes in the first season. The series is a helpful watch in the way its viewers’ get deep insight into this failed attacks showcased Terrorism Close Calls and into the lives of the people who are designated to fight terrorism. The series has overall been heralded for a good job except for a few misspelt words by the narrator and a lack of better editing. Fans will be waiting for a new season in the docuseries, but it seems like it will be a while before we know. We are sure there are plenty of cases involving failed attacks that can be showcased on Terrorism Close Calls season 2, so a renewal is very likely. However, we can’t comment on an air date just yet. You can stay tuned for more updates.

You can get an idea about this series based on terrorism by watching the official trailer of season 1 on Netflix.