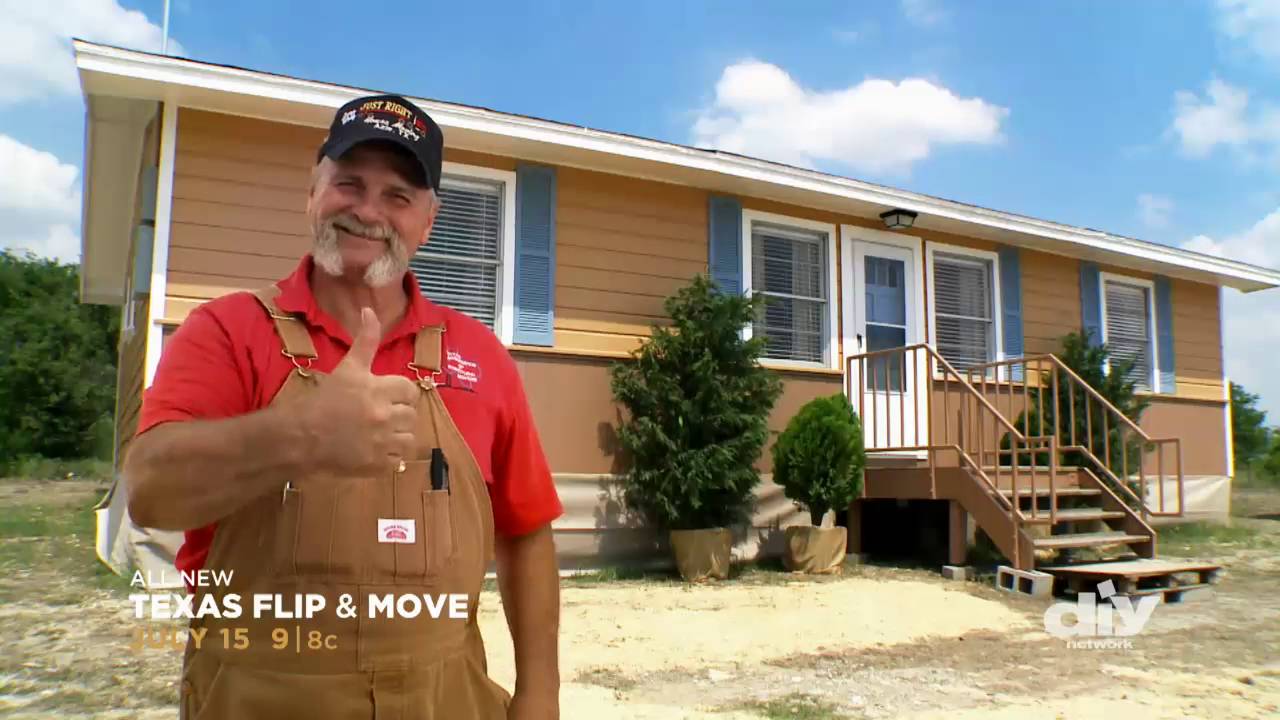 ‘Texas Flip N Move’ is an unscripted American reality television show which follows real estate entrepreneurs working hard in Texas as they look to come out on top in a thrilling real estate transformation competition. Apart from those interested in real estate flipping, the show is also a treat for those interested in watching run-down houses being transformed into enviable homes. Further, the competition among the real estate entrepreneurs in the show adds to its overall excitement.

Aired on the DIY Network, ‘Texas Flip N Move’, Season 1 of the show first made its way to viewers’ screens on November 11, 2014. The 9-episode season last a few months, concluding on March 6, 2015. Since then, ‘Texas Flip N Move’ has seen quite some success, and has seen a total of 12 seasons air within four years. The good news for fans is that the show is expected to continue for more seasons.

Texas Flip N Move Cast: Who is in it?

Owing to the show’s format, the cast includes different teams of real estate renovators, apart from auctioneer Myers Jackson. As far as the teams are concerned, the show features “The Snow Sisters” comprising Donna Snow Landers and Toni Snow Barksdale as one team. Another team, “Gary’s Girls” include Paige Lowe, Melinda Wray, Kendal Parker, and Brooke Collins. House renovator Casey Hester and designer Catrina Kidd comprise another team, while Randy Martins, also known as “The Lone Wolf” is the other competitor.

Additionally, episodes of ‘Texas Flip N Move’ also often feature guest appearances from other house renovators, but these appearances are rarely fixed, and vary from season to season and episode to episode.

Texas Flip N Move Plot: What is it about?

The premise of the show is fairly simple – the aforementioned teams go around the Fort Worth area in Texas, where construction is booming, and buy old, unwanted, and run-down houses in auctions. They then renovate these houses and sell them to buyers at high prices, thereby keeping the cycle going.

However, there’s a catch to the show. Unlike other real estate renovation and auction shows like ‘Property Brothers’, ‘Texas Flip N Move’ only allows the competitors to buy run-down houses, not the plot of land on which they are built. In other words, the competitors cannot buy a house and renovate it on spot – they have to first buy the house and then move it to another location before renovating it.

This catch apart, the show pans out like most real estate renovation shows. The competitors sniff around neighborhoods looking for old houses set for demolition that they can buy for a bargain (some houses actually sell for as low as $350, if you’re interested to know). Once a competing team buys a house to renovate, they put it on a flatbed truck and move it to a location outside Rhome, in Wise County. After the run-down house is moved to the location, then the renovators begin their actual work, which they have to complete within a stipulated time period. Further, teams often have to face several challenges during their renovation work, especially pertaining to bad weather and storms.

Here, it must be said that some of the house renovations in the show are truly a sight to behold. The teams, each working on their individual houses, use innovative designs, themes and color schemes, as well as elegant furniture and items to transform old houses from being an eyesore to beautiful living spaces that one would be proud to call home. Once the time for renovations run out, teams then sell their renovated, magnificent houses to the highest bidders at an auction, so that they can earn the maximum profit from the hours of work that goes into each renovation project.

In terms of reception, the reality show enjoys a mediocre rating of 6.3/10 on IMDb. However, the fact that it has run for dozen of seasons is proof enough of the show’s popularity among viewers.

‘Texas Flip N Move’ season 12 premiered on April 19, 2019. As far as the next season goes, we don’t have an official announcement yet. Though considering the fact that the show is one of the most watched on DIY, we would be surprised if it doesn’t get another season. Going by the pattern of past releases, it is clear that the show releases two-three seasons every year, so it is quite likely that ‘Texas Flip N Move’ season 13 release date will fall sometime in October 2019. We will update this section as soon as we learn more.

While there exists no trailer for any of the recent seasons of the show, you can find episodes and clips of the show on YouTube and other similar video streaming platforms. In the unlikely event that DIY Network releases a trailer for Season 13, we’ll be sure to update this section to reflect the same.