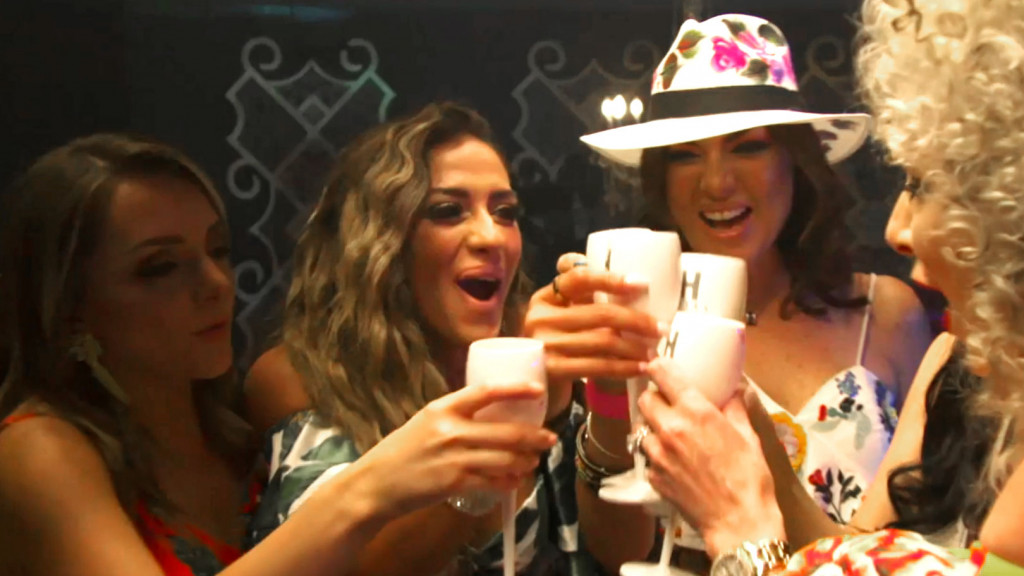 Are you a fan of ‘The Real Housewives‘ franchise? If yes, then take a deep breath. You are in for a ‘margaritilicious’ treat! Raise your glasses to Bravo’s lavish, glamorous reality TV show  ‘Texicanas’, which is about six really sophisticated ladies from San Antonio, balancing their social and family lives. Since each of these featured women is from Mexico, and currently resides in Texas, the title of the show could not be more perfect. The docuseries first premiered on Bravo TV on May 7, 2019.

Texicanas Cast: Who is in it?

Now, let us check out the primary members who comprise this sisterhood of glamorous Mexican-American females.

Penny Ayarzagoitia, born in the US but brought up in Mexico, is the narrator of this reality series. The whole story unravels through her eyes by placing her in the midst of all the drama. She runs a successful real estate company with her husband, has a stripper pole in the living room, and is the mother of two sons.

Mayra Farret, the de-facto perfectionist, born and raised in Mexico, is a finance professional. After being employed in a high-profile job in Monterrey, she now lives in San Antonio with her husband Fernando.

Lorena Martinez, born in Texas, was raised in Reynosa, Mexico. Married at the mere age of 19, her spouse Ignacio owns a construction company and she is the family matriarch.

Anayancy Nolasco is a single mom who was born in Mexico and is presently trying to obtain US citizenship. She is the only cast member who does not have this tag. She arrived in San Fransico for her college and is now settled here along with her daughter Ellie.

Karla Ramirez, a native of Brownsville, Texas, resides with her half Greek and half Mexican husband in San Antonio. The couple is blessed with two sons and they won a chain of several businesses.

Luz Ortiz, born in Arizona, was raised in Sonora, Mexico. Married at 23, she has three kids and is currently a divorcee. A real estate agent and the owner of a successful boxing gym, she is currently a resident of San Antonio.

Texicanas Plot: What is it about?

‘Texicanas’, after the announcement of its production, was believed to be just another spinoff of ‘Real Housewives’. But well, this is not entirely true. It is of a slightly different format. Here, we get to witness the melodramas in the lives of these ladies through the narration of Penny Ayarzagoitia. It follows the journeys of Ayarzagoitia and her gang of girls as they navigate through their lives, packed with elements of fun, relationships, family issues, and professional troubles. Through her eyes, we learn about the various incidents that cause relationships to unfold and reveal how friends turn into enemies. Moreover, the show also chronicles the adventurous spirit of these ladies who are always up for a good time. Ranging from afternoon margaritas to poolside mariachi parties and lavish night outs, they surely know how to make the best of their getaways.

Of course, ‘Texicanas’ contains its own dose of catfights and superficial extravaganza. In between yacht parties, pole-dancing workouts, and shooting ranges, you see that our ladies don’t mince on words. For you drama lovers out there, you witness a lot of chaos — ranging from blatant accusations to off-limit flirting and ugly arguments. However, as per Bravo’s official synopsis, it is more about “a true sisterhood” where “they lean on one another for advice and keep each other honest.” The show also explores how these ladies balance the demands of American culture, while still trying to honor their own Mexican roots, heritage, and traditions. After all, this common cultural bond is what ties the women together in the first place.

Texicanas Season 2 Release Date: When will it premiere?

‘Texicanas’ season 1 premiered on May 7, 2019 on Bravo. Network’s hope was that the show would get a response similar to the other Mexico-centric show on the network namely ‘Mexican Dynasties‘. By focusing on thriving Mexican culture in San Antonio, Texas, ‘Texicanas’ does give us a glimpse into the bustling city life and insights into the rich culture, glamor, and traditions of the community.

Despite best intentions of the cast and crew, the show hasn’t been received well by American audiences. As a result, the chances of another season are slim. What works in favor of the show is its easy going nature like The Real Housewives, but that might not be enough to warrant another season. If by some miracle the show does get renewed, we will update this section to reflect ‘Texicanas’ season 2 release date.

Check out the trailer for season 1 of ‘Texicanas’. Watch it to know what to expect from the show. You can also head to their official website to be check out clips from the show.