Where to Stream That ’70s Show? 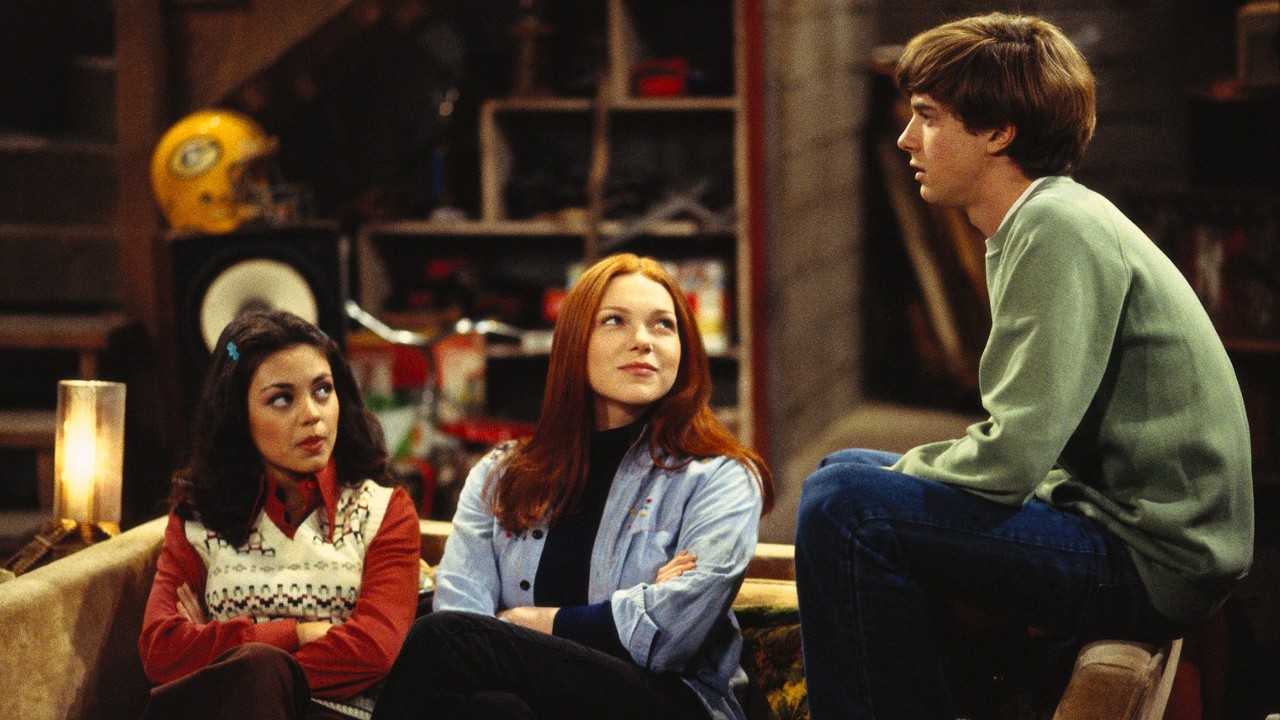 Everybody likes reminiscing about the past, to the extent that some even want to live in the past. ‘That ’70s Show’ is a period sitcom that delivers this exact feeling, as we follow the lives of six teenage friends who live in Point Place, Wisconsin – a fictional location. Viewers witness their interactions and daily activities between May 17, 1976, and December 31, 1979. Curious about where you can stream and watch this fantastic series? We have got you covered, right after telling you a little more about the premise.

The retro-sitcom follows Eric, Kelso, Jackie, Hyde, Donna, and Fez. These high school teenagers spend most of the time in Eric’s basement but hardly look upon the seventies with as much fondness as us. Of course, they have to deal with understanding life, avoiding their parents, and controlling their raging hormones. Ultimately, the friends realize how relying on each other is the only way through, in an uncaring world.

Netflix maintains a laudable roster of shows, a lot of which is aimed at comfortable binging experiences. ‘That ’70s Show’ is on the platform currently, but is leaving soon. If you want, you might check it out here. After the departure of the series on September 7th, you can binge on shows like ‘The Office,’ which follows the everyday lives of quirky characters in the workplace.

Hulu stays ahead of a lot of competition by making smart additions to the roster. Although Hulu’s diverse content satisfies most viewers, ‘That ’70s Show’ is not part of the offerings on the site. We recommend checking out ‘Brooklyn Nine-Nine.’ The series follows a colorful cast of detectives in a New York precinct, and they all have to shape up when a new boss arrives.

Is That ’70s Show on Amazon Prime?

Amazon Prime has films and shows from all around the world, which makes it so attractive to a global audience. ‘That ’70s Show’ is not available for Prime subscribers as is, but it doesn’t mean that you cannot watch the series. Just buy the seasons or individual episodes, and stream them. We recommend doing the former since it is more cost-effective. Check it out here.

Where to Watch That ’70s Show Online?

If you’re not a Netflix subscriber, then you might be wondering about where to stream the series. Even if you have a Netflix subscription, you might still want to consider alternatives, since the show is leaving the platform. No other site has all the seasons for streaming, but the best choice is YouTube TV. You can also purchase and watch it on Amazon Prime.

Where to Stream That ’70s Show For Free?

If you want to watch ‘That ’70s Show’ for free, you should immediately head to Netflix and start binging, using their trial period. However, you have your work cut out for you if you want to finish before the show leaves the platform. Alternatively, you can use the trial period offered by YouTube TV to stream and watch the show. We want to urge readers to pay for all the art they consume.