That Time I Got Reincarnated as a Slime Season 2 Part 2 Episode 8: What to Expect? 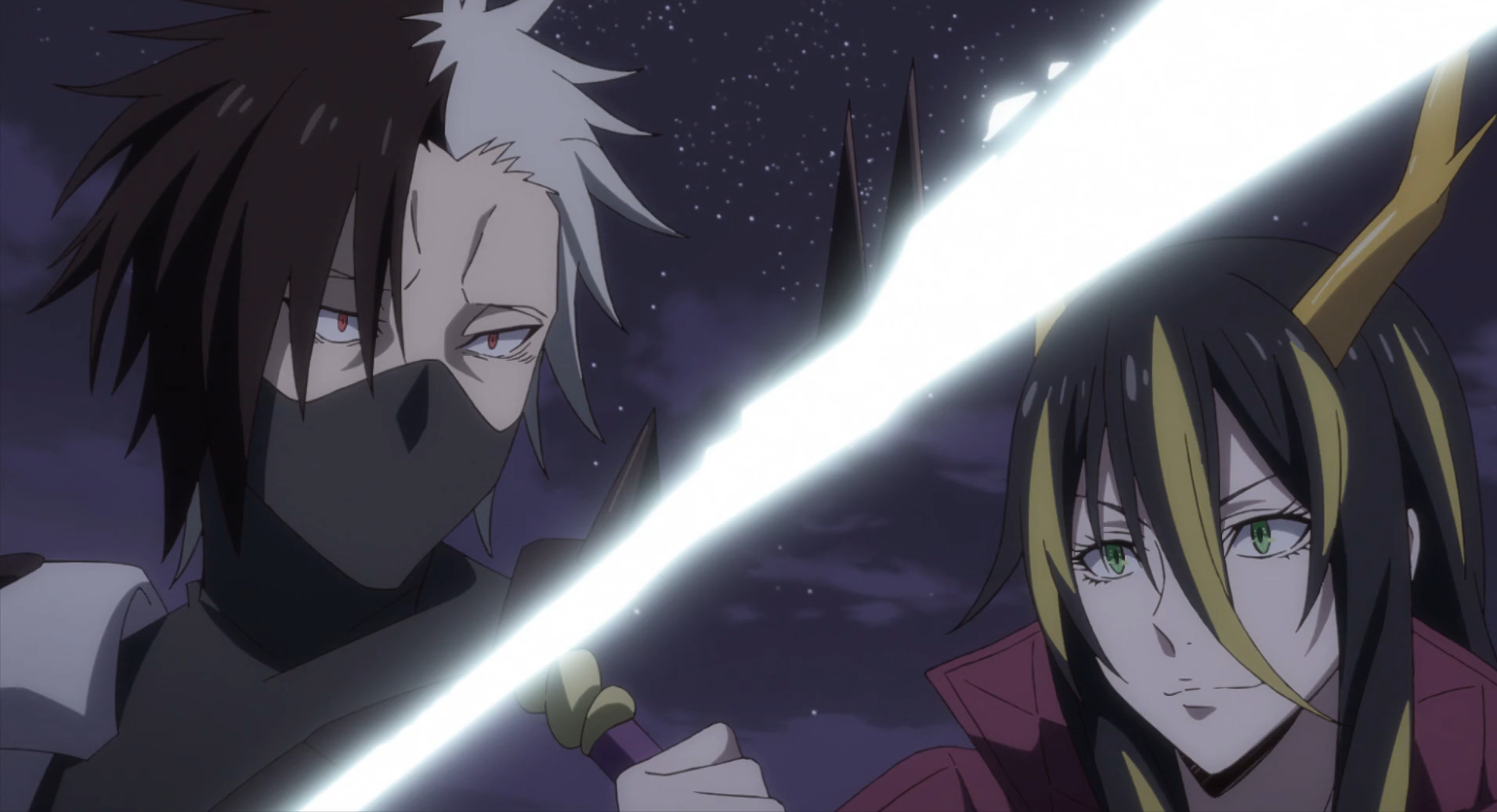 Based on the light novel series of the same name written by Fuse and illustrated by Mitz Vah, ‘Tensei Shitara Suraimu Datta Ken’ or ‘That Time I Got Reincarnated as a Slime‘ is an isekai fantasy TV anime. It follows Satoru Mikami, a thirty-something-year-old corporate worker who gets reincarnated in an unfamiliar realm following a stabbing incident in which he succumbs to his injuries.

After he wakes up in the new world as a slime, Satoru eventually becomes friends with a storm dragon and ends up building his own kingdom. After the conclusion of season 1 on March 19, 2019, the second season was released as a split cour whose first part broadcasted from January 12, 2021, to March 30, 2021. Here’s everything you need to learn about the latest episode of the series.

‘That Time I Got Reincarnated as a Slime’ season 2, part 2 episode 8 titled ‘The Signal to Begin the Banquet’ is all set to premiere on August 24, 2021, in Japan. It will air on Tokyo MX, BS11, tvk, and MBS at different times. The isekai anime is developed by Eight Bit Studios, with Atsushi Nakayama (season 2) helming the directorial team and Kazuyuki Fudeyasu overseeing the scripts.

Youhei Itou and Shigeto Sugimoto have served as the producer while the characters are designed by Ryouma Ebata. The series music is composed by Elements Garden. MindaRyn has performed the opening theme track, “Like Flames,” and the ending theme song, “Reincarnate,” is sung by Takuma Terashima.

‘That Time I Got Reincarnated as a Slime’ season 2 is available for streaming on Funimation. Fans from Scandinavian countries can watch the latest episodes on Wakanim. Crunchyroll is also set to stream the latest season of the show with English subtitles as well. iQIYI, Amazon Prime, VRV, Netflix Japan, and Anime on Demand also have the isekai fantasy anime in their catalogs.

In episode 7, Rimuru’s preparation for the Walpurgis continues. He also learns about the inevitable confrontation between his forces and that of Clayman’s. Benimaru and Geld inform him that their victory is assured, and the final battle will take place on the ruins of the former Orc Kingdom of Orbic. In the absence of Clayman, Benimaru plans to infiltrate his castle with the help of Soei and Hakuro. When Princess Shuna learns about it, she decides to join them as well.

On the battlefield, just before Benimaru and his forces are about to attack, the Three Beastkeeters – Albis, Suphia, and Phobio ask for his permission to defeat the leaders of the enemy’s army. Knowing how powerful they are, Benimaru lets them fight the strongest members of Clayman’s forces. When his army suddenly rounds up the enemy and begins to attack, Benimaru’s plan works just as he planned, and the Clayman’s forces begin to crumble under pressure.

Meanwhile, Phobio finds Footman the Angry Pierrot and Tear the Teardrop and, with Geld’s assistance, prepares to fight the villains. At the same time, Yamza realizes that his forces are losing the battle and decides to flee, but Albis arrives at the right time and kills every last member of his army near the camp. In episode 8, Albis will take on Yamza. Phobio, on the other hand, will take on Footman and his ally with Geld. Clayman’s forces may decide to fight till the end with their backs against the wall.