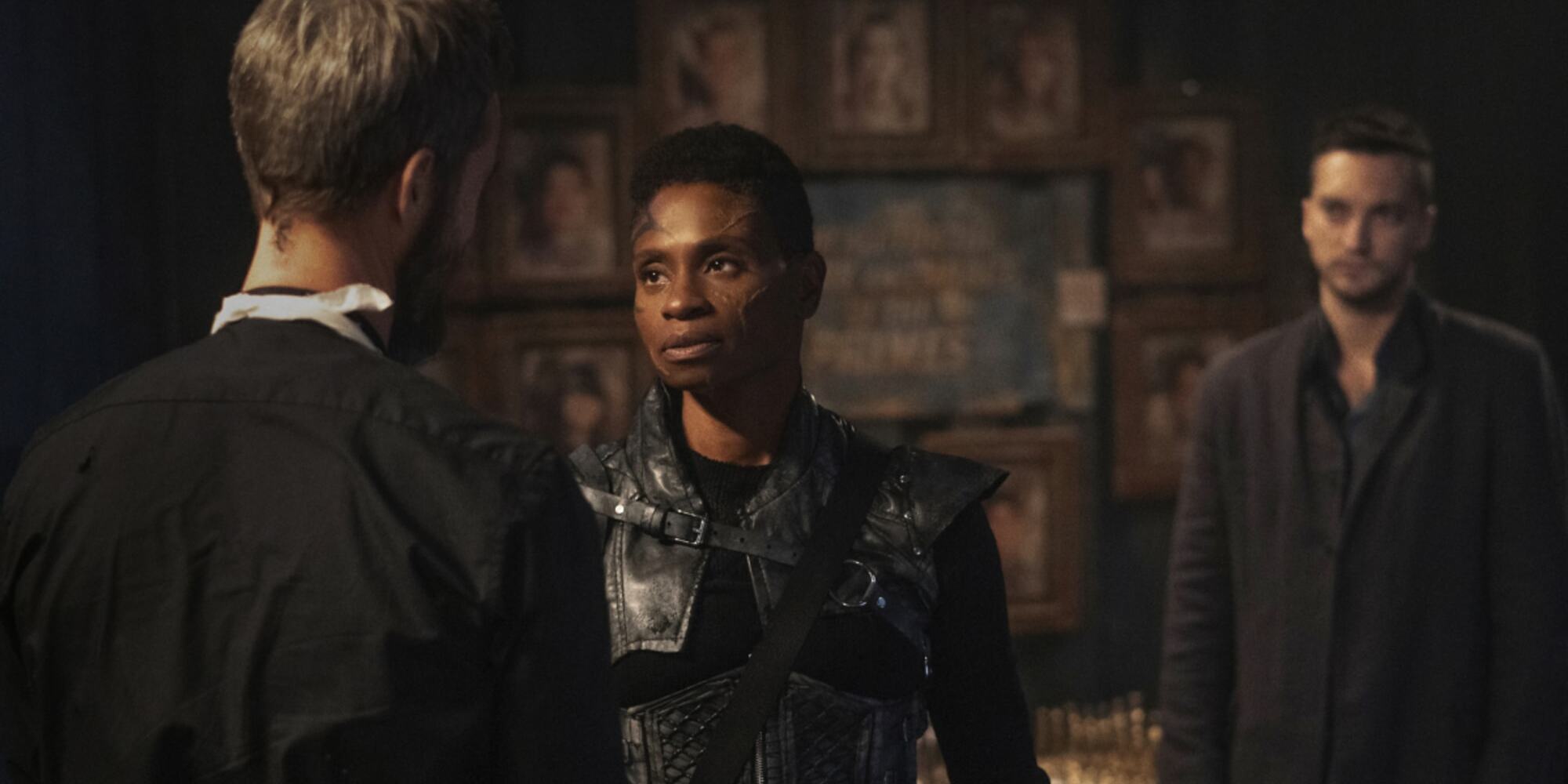 The seventh and final season of ‘The 100’ is nearing its end. So, the makers have decided to take another break before dropping the final four episodes. With so much chaos and deaths in the last few episodes, it is only fair that the fans get a short break to brace themselves for the final war. In the latest installment, Bellamy pleads Bill Cadogan to drop the plan of killing his former friends by agreeing to assist him in fulfilling his mission. Sheidheda continues to channel his inner Khaleesi by being hellbent on forcing everyone to bend the knee or die. Check out the recap section, for more on the episode. Here are the release date and other details of ‘The 100’ season 7 episode 13!

Unfortunately, fans will have to wait for three weeks for the next episode of their favorite series. ‘The 100’ season 7 episode 13 will release on September 9, 2020, at 8 pm ET on The CW. The upcoming episode is titled ‘Blood Giant.’

‘The 100’ season 7 episode 12 is titled ‘The Stranger.’ In the episode, Bellamy’s behavior forces us to wish he wasn’t alive. I mean, the 360-degree twist, that his character has endured is annoying, to say the least. Not only did he resurface as a man who believes “transcendence is real,” Bellamy has destroyed all the leverage Clarke and the gang had on Bill. In the latest episode, he goes above and beyond to prove his allegiance to the Disciples. Though Bellamy manages to convince Bill to not kill his friends, he forces them to help Bill locate the Flame. Now, who in the right mind would support that? Certainly not Clarke and Co.

So, Bellamy orders a scanning of their memories to find what his boss is looking for. During that process, Echo loses her patience and gives him good for not only betraying his friends but also joining the enemy’s rank. Clarke does her best to prevent any significant information from spilling out. Later, she agrees to help Bill if and only if he sets her friends free. Bill being Bill, sends Raven and Gabriel to an altogether different planet.

On Sanctum, Sheidheda is still demanding submission from everyone. When Children of Gabriel don’t give up, he slaughters them. Luca is rescued by Indra, while Murphy, Emori, and other survivors hide in a machine shop, only to be spotted by Nikki. Before Nikki could harm them, they overpower her, enraging Sheidheda, who almost kills Murphy but is stopped by Emori. In the end, Clarke, Raven, Bellamy, Gabriel, and Bill arrive at the Sanctum, now ruled by The Dark Commander. Clarke exclaims, “What the hell happened here?” You will have to sit down for this one, Clarke.