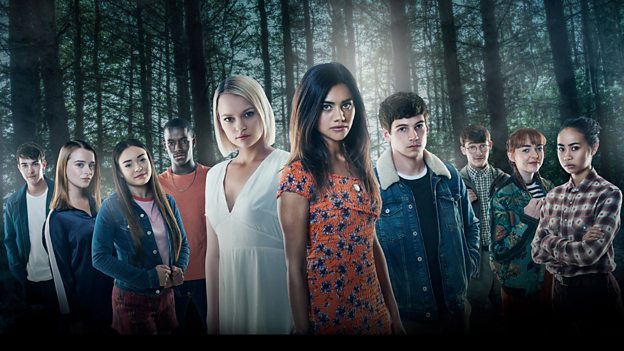 ‘The A List’ is a UK-produced supernatural teen drama that premiered on BBC iPlayer on October 25, 2018. Created by Nina Metivier (‘Doctor Who‘) and Dan Berlinka (‘Dixi’), this 13-part supernatural series narrates a chain of events that takes place in a summer camp. A group of kids sets off for a summer vacation in an idyllic island. However, things take a weird turn with the arrival of the mysterious Amber.

‘The A List’ is produced by Kindle Entertainment. After its debut in the UK, Netflix picked up the distribution rights of the show for its international audience. Here’s all we know about the streaming platform’s latest foray into teen thrillers.

‘The A List’ stars a roster of young, talented actors as its lead cast. Lisa Ambalavanar plays the character of Mia, a resentful, mean teenager, who disapproves her parents’ decision of sending her to the camp. Ambalavanar is best known for her performance in BBC’s ‘Doctors’. Ellie Duckles is Amber, the new arrival who previously appears as a pleasant, nice girl but is actually not what she seems to be. She harbors some strange powers that later bring sinister aftermaths for the camp’s residents. Jacob Dudman stars as Dev, the romantic hero of the series.

Conceptualized as a coming-of-age drama, ‘The A List’ explores the emotions that form a vital part of adolescence, such as friendship, romance, loyalty, and betrayal. It introduces us to Mia, the typical Queen Bee in every teen drama, who lands in an idyllic summer camp. However, her ‘holiday of a lifetime’ soon becomes a nightmare after the arrival of Amber, a mysterious, weird new face in the group.

The show draws a lot of inspiration from hit Netflix originals such as ‘Stranger Things‘ and the CW series, ‘Riverdale‘, which also airs on the streaming service. However, this does not mean that the creators have completely mimicked the plotlines. As explained by executive producer, Anne Brogan, “What we weren’t trying to do was copy them, we were looking at them for reference and interest and the wonderful twists and turns in their stories.” She further added, “That is something we always build into our storytelling.”

‘The A List’ is an intense and powerfully addictive teen drama, which leads its viewers to a dark and compelling world, fraught with dangerous secrets and lies. Coupled with impeccable performances, this haunting psychodrama can also be compared to the cult-hit movie, ‘Midsommer’. Packed with twists and turns, ‘The A List’ has clearly set its standards high and is all set to strike a chord with its global viewers as well.

Season 1 ends with Mia going up to face Amber head on, believing her own surrender will ensure their escape, but Amber gives her one last surprise.

Season 2, if commissioned, might take further delve deep into the mystery surrounding Mia.

The A List Season 2 Release Date: When will it premiere?

‘The A List’ season 1 premiered on Netflix on August 30, 2019. Its entire run for the first season comprised of 13 episodes. All the episodes aired on the platform on the same date.

Since it has been several months since the series originally released in the UK, fans are already asking if a renewal is underway. Well, we might have some good news for you. The creators are already in talks regarding not one, but two seasons! According to a statement by executive producer, Anne Brogan, “We planned three seasons from the very beginning, and in the way that in some of those American teen dramas like Pretty Little Liars are, once you’ve got a wonderful set of cast and a really rock psychology area to mine, the deeper you go into it the more material there is. We’re hoping to have multiple seasons”.

So, there you go! It is almost confirmed that you are in for a long ride with this one. What we cannot confirm at the moment is the exact release date for a second season. If you notice the trend with British dramas, they usually take their own time to make a comeback. So, our best guess would be ‘The A List’ season 2 will come out sometime in August 2020.

While we wait for season 2, here is the official trailer for season 1 of ‘The A List’.