When Will The Accident Season 2 Premiere on Hulu? 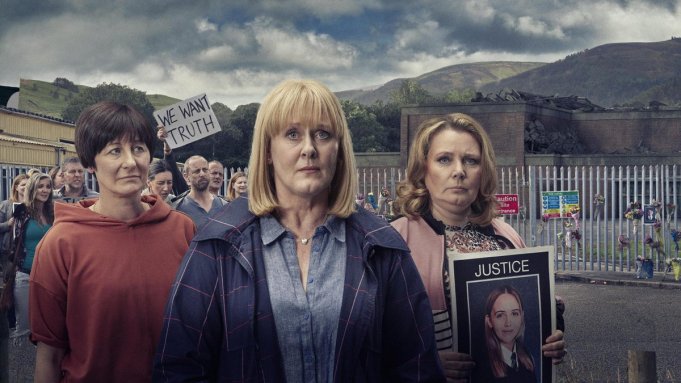 ‘The Accident’, originally a Channel 4 drama, airs on Hulu for its US audience. Written by Jack Thorne and directed by Sandra Goldbacher, the Welsh series is set in a community, which houses a massive construction project that promises a bright future for its inhabitants. However, these plans go for a toss when a certain group of youngsters, led by a politician’s rebellious daughter, meets with a terrible accident. A devastating explosion leaves everyone dead, except the girl.

When the families hear about the tragedy, they break down in grief — an emotion which is soon replaced by fury when they believe that their kids are not to blame. The parents now seek justice. In the ongoing conflict, secrets are revealed and truths emerge. As the investigations point to the community’s own sons, the town is at the brink of destruction. As a result, the Council Leader’s wife, who has been suffering from a long time now, after caring for a child with a lifelong disability, needs to step in to save the town. She has to secure justice at all costs in order to provide closure to the suffering parents.

The Accident Season 2 Release Date: When will it premiere?

‘The Accident’ season 1 premiered on November 22, 2019 on Hulu. Its entire run for the first season consists of four episodes.

‘The Accident’, after its release on Channel 4, received attractive ratings from viewers, debuting with 2.8 million viewers — making it the platform’s best drama premiere after ‘Kiri’ (also a creation of Thorne). In fact, it was branded as the best-rated show in the 9 PM slot, accompanied by ‘The Met: Policing London’, which airs on BBC One. After the success of season 1, there’s hardly any doubt that the show will be back for another season. If renewed, you can expect ‘The Accident’ season 2 to release sometime in November 2020.

The Accident Cast: Who is in it?

The Accident Plot: What is it about?

When we say ‘accident’, we usually refer the term to an incident that happens due to no fault of others. However, is this true for all cases? Attempting to answer the question is Hulu’s drama, ‘The Accident’ — a story that follows a fictional community located in Wales. When an explosion at a local regeneration project results in the deaths of several teenagers, the families start demanding justice, believing that their children are innocent.

But is there anyone who is actually responsible for the tragedy? What had happened at the site? As per reports, the kids were apparently alive after the explosion. So, how did they die?

‘The Accident’ begins by introducing us to Polly Bevan, the dedicated wife to a local politician and the devoted mother to a daughter with a lifelong disability. Her husband Iwan is the leader of Glyngolau Council. Now, when the construction site collapses and kills a group of teens, the only survivor is the crew lead — Leona, who also happens to be Polly’s rebellious daughter. The entire town, including Polly’s close friends Angela, Greta and Debbie, are grief-stricken after the deaths of their kids. Polly is extremely furious with the project leader of Kallbridge Development, Harriet Paulsen. However, as the matter subsides, Polly is horrified to realize that her daughter might be painted as the primary culprit.

The case is further complicated when Polly suspects that Iwan might be hiding something from her. Meanwhile, Angela brings together all the other families to seek justice while Harriet is questioned at work. In order to protect her, her assistant and lover, Tim, leaks a controversial piece of information that creates further unrest in the town. As the investigation progresses, darker truths are revealed, throwing the spotlight on the community’s own sons. On the other hand, Polly is forced to make a difficult decision of choosing between her husband and justice. On the date of the trial, Polly is also worried when Leona says that she wants to give evidence. But her biggest risk is the threat of her relationship with Iwan breaking apart, even after the mess is handled.