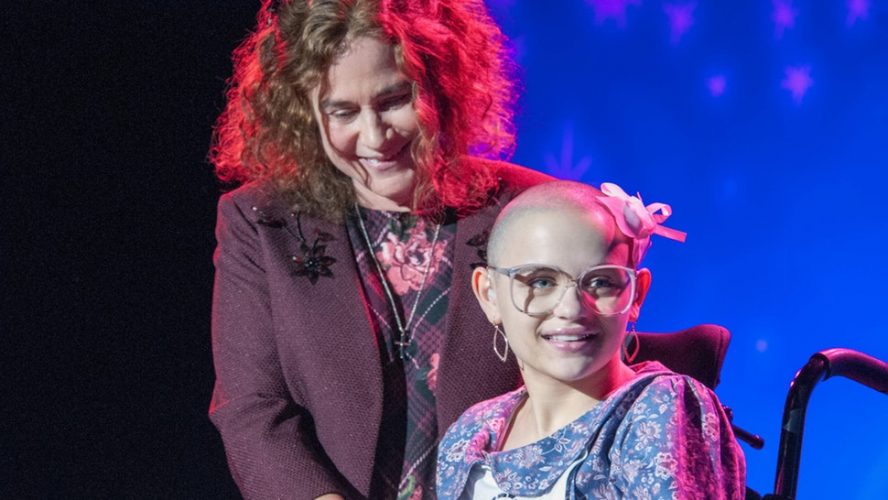 Netflix has produced some great crime documentaries over the years, and this is something they’re clearly one of the best at. From ‘The Ted Bundy Tapes’ to ‘Inside The Mind of A Serial Killer’, they have really been impressive with documentaries in the past. However, they now have stiff competition ahead of themselves. Another majorly successful streaming platform, Hulu, are now coming out with a true crime story. This time, however, it is not a documentary. ‘The Act‘ will be a dramatized version focusing on the life of a certain Gypsy Rose Blanchard, and the case of her mother, Dee Dee Blanchard’s murder. The actual case is as sinister and deadly as any superbly written crime thriller, and it will be a treat for fans who love stories on real-life crimes.

There has been news that the makers want this series to become an anthology. If this season is received well by the audience we can expect another season focusing on another gruesome murder. Nick Antosca and Michelle Dean are the co-creators of the series who have also written the teleplay and executive produced the entire thing. The story was originally published in a Buzzfeed article by Dean herself, titled “Dee Dee Wanted Her Daughter To Be Sick, Gypsy Wanted Her Mom To Be Murdered.”

The Act Cast: Who is in it?

Academy Award winner Patricia Arquette plays the role of the victim, Dee Dee Blanchard. Joey King of ‘The Conjuring‘ (2013) fame plays ‘Gypsy Blanchard’. King has also acted in movies like ‘Oz the Great and Powerful’ (2013), and  White House Down (2013). Chloë Sevigny, AnnaSophia Robb, and Calum Worthy will also be playing important roles. Interestingly, Arquette, who has earlier acted in movies like ‘True Romance’ (1993), and ‘Boyhood‘ (2016), said that she is “a little exhausted at playing crazy women.” Arquette acted in ‘The Act’ soon after she finished shooting for ‘Escape At Dannemora’ (2018), a Showtime production.

The character played by Arquette in the series, Dee Dee, suffers from a mental illness called Munchausen Syndrome By Proxy. People suffering from condition make up stories of illness regarding their wards. Arquette also said that she took up the role as she got fascinated with this disease. The accusations against Dee Dee are serious. But the way her life ended was also ghastly. And there could’ve been no one better than Arquette to play this part. King, despite seriously researching for playing the part, said, “when you step on set with a shaved head and fake teeth, and being in the wheelchair and in Gypsy’s clothing” the story fell “into place.”

The Act Plot: What is it about?

The story of the real murder of Dee Dee Blanchard only attests to the fact that truth is, indeed, stranger than fiction. Dee Dee Blanchard’s body was found a number of days after her murder, lying in a pool of blood on the floor of her bedroom. The deceased had spread stories about her daughter around, saying that she was suffering from leukemia, asthma, muscular dystrophy, and also brain damage. Investigators later found out that whatever she said regarding the diseases of her child, none of it was true, and that Dee Dee was severely affected by the Munchausen Syndrome By Proxy. Dee Dee was for long accused of problematic behavior, as many in their family believed she had earlier poisoned her own stepmother. Dee Dee, reportedly, severely abused her daughter at home, made her take medication and carried on surgeries on her even when she was perfectly alright.

When the body of Dee Dee was found, her daughter was not located anywhere. She had completely gone off the radar. Police then suspected that it could be an abduction as no trace of Gypsy Rose was found in the house. Later, after thorough investigations, it was discovered that the daughter Gypsy Rose and her boyfriend Nicholas Godejohn were the ones responsible for her death and it was they who stabbed her and left her in the home for dead. Gypsy Rose had done so because of the years of torture she faced from her mother. Later, while in prison, Gypsy Rose said, “I feel like I’m freer in prison than with living with my mom. Because now, I’m allowed to … just live like a normal woman”. Gypsy was charged with second-degree murder and sentenced to 10 years in prison, while her boyfriend Godejohn was charged with first-degree murder and will have to send the rest of his days behind bars.

It is to be noted that this is not the first time this story has made its way to television, as earlier, HBO had come with with a documentary version called ‘Mommy Dead and Dearest’ (2017).

‘The Act’ Season 2 Release Date: When does it premiere?

The writers called the series a ‘psychological horror story’, and a tale of toxic relationship between a mother and her daughter. Season 1, that premiered on March 20, 2019, lived up to the high expectations. Now, many fans must be wondering whether there will be a season 2. Well, Hulu hasn’t announced any additional season, but going by the response that the show has received, it certainly merits Season 2. Review aggregator, Rotten Tomatoes, summed up the critical response as “Disturbingly nuanced performances from Patricia Arquette and Joey King make The Act a convincing case for the ongoing dramatization of true crime stories.”

Our best guess is that there is a high likelihood of the show getting a renewal. If that happens, you can expect The Act Season 2 to have a release date of sometime in 2020 or 2021. Though, keep in mind, that renewal of the show might also depend on whether starcast has enough time and willingness to come back for another season.