The Adventures of Puss In Boots Season 7: Cancelled or Renewed? 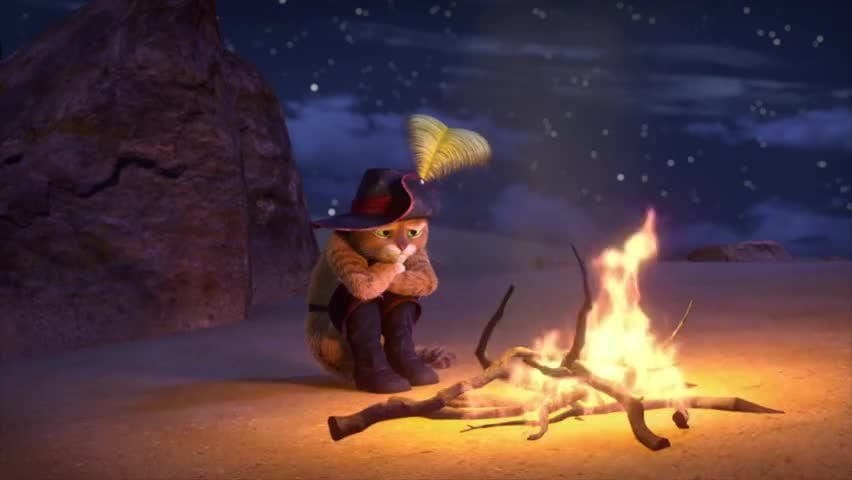 ‘The Adventures of Puss in Boots’ is an American computer-animated web television series that airs on Netflix. The series first premiered on January 16, 2015. Fans might also be interested to know that it premiered on Boomerang UK on September 3, 2018.

The show stars a cartoon character called ‘Puss in Boots’, that is, literally a cat wearing a hat and boots and yes, the cat talks. For those unaware, Puss was introduced in the ‘Shrek’ franchise and its 2011 spin-off movie and is a work of DreamWorks Animation. Doug Langdale serves as the executive producer.

The series has garnered a strong fan following, which can be seen in the passion of those fighting for the show’s revival. It has also gained praise from critics with The New York Times saying, “[it]is nicely drawn, and San Lorenzo is populated with some appealingly odd young residents, human and otherwise”. They also said that the humor is “relatively sophisticated (you could write a psychological treatise on Dulcinea, who has modeled her life on a somewhat vacuous book of epigrams), but not so sophisticated that children will be left behind”.

The Adventures of Puss In Boots Cast: Who is in it?

The main cast of ‘The Adventures of Puss In Boots’ is Puss in Boots (voiced by Eric Bauza), as the titular character, Dulcinea (voiced by Jayma Mays) who is a female cat serving as Puss’s love interest; Artephius/The Great Mage Sino (voiced by Paul Rugg) who is an elderly alchemist who acts as a mad scientist; Señora Zapata (voiced by Carla Jimenez), serving as the administrator of the town’s orphanage; Mayor Temeroso (voiced by Carlos Alazraqui), a big guy who likes to keep a low profile by hiding inside barrels; Pajuna (voiced by Laraine Newman), who is a Highland cow and the owner of the local cantina, Toby (voiced by Joshua Rush), is an orphan who idolizes Puss.

Other important characters include Vina (voiced by Grey Griffin), who is another older orphan who makes up facts and sometimes steps into Puss’s personal space. Kid Pickles (voiced by Candi Milo), is a “Runyonesque” 11-year-old who likes pickles; Esme (voiced by Ariebella Makana), is a 5-year-old girl who is adorable, to say the least. This is bolstered by the presence of a strong supporting cast which includes the likes of Danny Trejo in the role of El Moco, a bandit king who is foiled in most episodes.

If there is an upcoming season, if it happens, we hope to see most of the main characters return and maybe the show can throw in some new characters too, to keep things interesting and the adventures going for our beloved Puss.

The Adventures of Puss In Boots Plot: What is it about?

The plot of ‘The Adventures of Puss In Boots’ is about the puss who tries to save the city of San Lorenzo from the invaders. The puss is depicted as a great lover and fighter who takes on various adventures. Our beloved puss knows the martial arts and no episode goes by without him showing his skills. The city where he lives was created by a powerful mage, so this adds magic to the story and to the glory of the show. However, there are also some magical creatures all around who crawl into or fly into the city unless puss finds them first. The show is definitely family-friendly. As most of the cats who keep themselves clean by continuously licking their body, our hero, Puss also keeps the fight neat and clean. It’s one of the must-watch shows on Netflix.

What immediately stands out in the show is how different Puss’ character is from what we knew in the ‘Shrek’ movies. Sure, he was a good ally and helped Shrek out in his adventures, but ultimately, this is a cat who likes his independence, not different from most cats by nature. However, in the town of San Lorenzo, Puss finds a home and an oddly loving family. Although he is initially drawn in by Dulcinea, he soon realizes that it is more than just surface attraction. Moreover, the people of the place begin to grow on him.

However, just because Puss is settling down does not mean that this cat is ready to be domesticated. He’s still as feral as ever, and his swashbuckling swordfights, which viewers can witness in almost every episode, is ample proof of that. Coming to the comedy of the show itself, it is a balanced mix, much like the kind of family-friendly shows Netflix likes to make. So there are some nuances that adult viewers will appreciate, but it does not mean that children cannot enjoy the show if they do not get what these nuances mean.

If there is an upcoming season of the show, hopefully, we will get to see Puss go on more adventures, and try and finally put some roots down in a place where he has found a sense of belonging. Even the greatest of adventurers must find a place to rest, and Puss has used most of his nine lives in various adventurous pursuits with little thought or regard for himself. But now that he has found a family to care for him, this changes him, and it is definitely a theme worth exploring if the series continues.

The Adventures of Puss In Boots Season 7 Release Date: When will it premiere?

‘The Adventures of Puss In Boots’ Season 6 premiered on January 26, 2018. Unfortunately, for now, Netflix has announced that this marked the final season. Any hopes of Season 7 coming out immediately seems bleak. However, Netflix is upping its game when it comes to interactive shows, and this happened to be one of the earlier examples of such shows aimed at kids. There is, therefore, a high chance of Netflix reviving the show with better content, now that they have polished their interactive entertainment system as ‘Black Mirror: Bandersnatch‘ and ‘You vs. Wild‘ has proven. If Season 7 does get miraculously renewed, it can release sometime in 2020 or 2021.

The Adventures of Puss In Boots Trailer:

While we wait for the announcement on season 7, check out this ‘The Adventures of Puss In Boots’ clip about Puss trying to save San Lorenzo after he breaks a magical curse protecting the town.