Is The Affair Season 6 Cancelled? 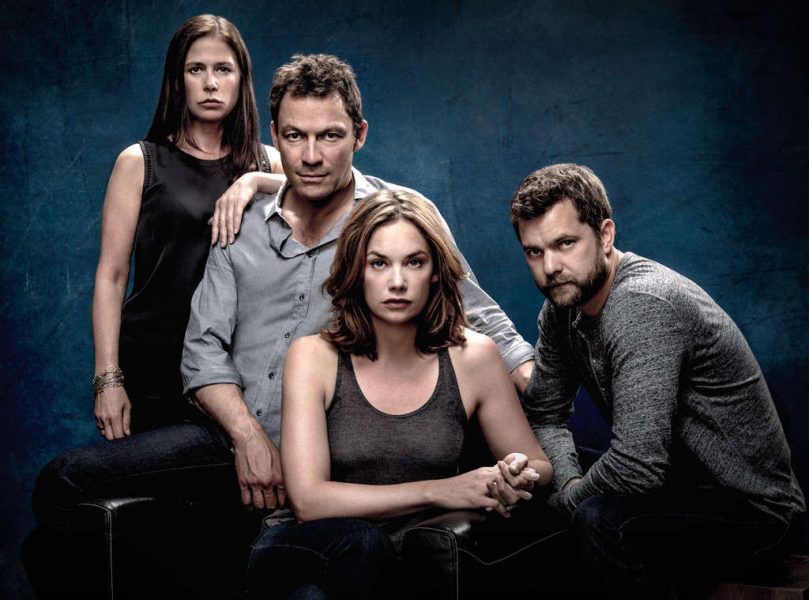 ‘The Affair’ is an American television drama series that airs on Showtime. The series first premiered on October 12, 2014. It has been created by Hagai Levi and Sarah Treem, who is also known for working on ‘House of Cards‘. The show has become immensely popular among fans over the seasons and has gone on to win the Golden Globe for Best Drama Series. Critics have praised it, saying, “Thanks to some smart, creative storytelling and spectacular performances, The Affair is a somber, bewitching exploration of truth and desire.”

‘The Affair’ has had a remarkable run of five successful seasons to date. Now the question is if there is any chance of a sixth edition. Well, we are here to answer just that.

‘The Affair’ Season 5 premiered on August 25, 2019, and came to an end on November 3, 2019, after a run of 11 episodes on Showtime. As far as the next season is concerned, we have bad news for the fans. In July 2018, a few weeks prior to ‘The Affair’s season-four finale, Showtime announced that the show will conclude following the fifth season. The network stressed that it’s not a cancellation but rather a natural end.

A network executive commented on this, saying, “Sarah Treem (co-creator) has always envisioned this as a five-season series, and we will be fascinated to see where she takes her talented cast and all of us next year in its climactic season”. So, for all practical purposes, ‘The Affair’ season 6 stands cancelled. We will let you know if the show is revived or rebooted at some point in the future.

The Affair Cast: Who is in it?

The cast of ‘The Affair’ is led by Dominic West, who is otherwise known for his performance in ‘The Wire‘. He plays the role of Noah Solloway, a struggling novelist. Ruth Wilson of ‘Luther‘ fame, appears as  Alison Lockhart, a waitress trying to piece her marriage back together. Maura Tierney appears as Noah’s wife, Helen, and she too delivers a stunning performance over the seasons, for which she has a Golden Globe too in the supporting actress category.

There are several other cast members who have an impact on the narrative, including Irène Jacob, who is best known for her role in  Krzysztof Kieślowski’s ‘Three Colors: Red’ and ‘The Double Life of Veronique’. She appears in the role of Juliette Le Gall, who is one of Noah’s later love interests. Omar Metwally, who famously appears in ‘Munich‘, plays the role of Vik Ullah, who becomes Helen’s partner eventually.

There are several recurring cast members and some of them are notable actors like Brendan Fraser of the ‘Mummy‘ trilogy. However, among the recurring cast members, most notable is Emily Browning, of ‘American Gods‘ fame, who plays the role of Sierra, neighbor to Vik and Helen, and ironically, a woman who both of them have an extramarital affair with.

Joanie Lockhart, is played by Anna Paquin, who viewers might recognize from ‘True Blood‘ or as Rogue of the ‘X-Men‘ franchise, plays the part of Joanie. Jennifer Jason Leigh, who appeared in Quentin Tarantino’s ‘The Hateful Eight‘, plays Adeline Taylor, Sierra’s mother. Both Paquin and Leigh joined the cast in season 5.

The Affair Plot: What is it About?

The plot of ‘The Affair’ as evident from its title deals in an extramarital dalliance. When we are introduced to the protagonists Noah Solloway and Alison Lockhart, whose first encounter is a casual one at the diner where Alison works. Noah, a struggling novelist, is seen moving to Montauk, New York, with his family. Although he is happily married and has four children, he resents the fact that their family is dependent on the wealth of their father in law.

Feelings of inadequacy in the patriarch, at being unable to ascertain financial security, drives him into the arms of Alison. We see that the local waitress herself is trying to piece together her marriage with her husband after the tragic death of her four-year-old son. Tragedies either bring couples closer together or tear them asunder. The latter appears to be the case for Alison, who clearly finds comfort in being with Noah.

The next season includes the perspectives of Noah’s wife and Alison’s husband, Helen, and Cole. The couples move ahead with the dissolution of their respective marriages while dealing with the ramifications of this act of infidelity on their spouse’s part. Drama is heaped on when Alison’s brother-in-law dies, resulting in a police investigation and criminal trial. The season after that takes a time jump and we see Noah getting released from prison, and he soon has a new love interest, that is, Juliette.

The following season shows Noah move to Los Angeles to be closer to his children since his ex-wife has moved there. There is more extramarital drama here, but this time it concerns Helen and her new partner Vik. They both cheat on each other with the same girl. Could things get any better (read hotter) on this show? The drama does not stop here, as the season ends with Alison’s death. In season 5, there is another time jump as Alison’s daughter, Joanie Lockhart, now all grown up, returns to Montauk, trying to solve the mystery behind her mother’s death.