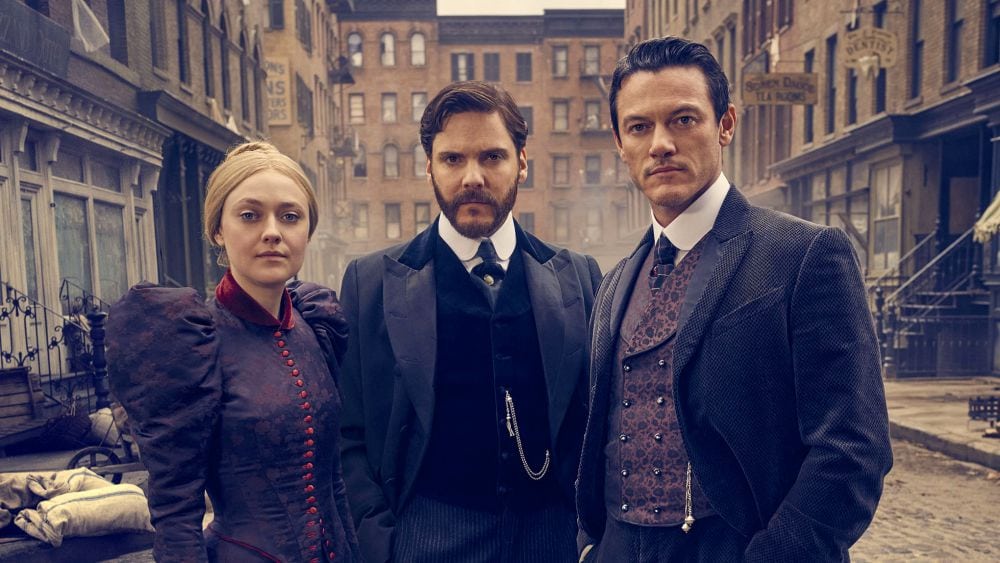 ‘The Alienist’ is an American period drama television series that airs on TNT. The show first premiered on January 21, 2018. Eric Roth, who is credited with works like ‘Forrest Gump‘, ‘ The Curious Case of Benjamin Button’, and recently, ‘A Star Is Born‘ serves as a co-executive producer for the series. It is based on Caleb Carr’s book of the same name.

The show is a psychological thriller set amidst the vast wealth, extreme poverty and technological innovation of 1896 New York. It expertly mixes fact with fiction as it assembles an ad hoc team of talented actors to play the role of investigators who are on the trail of a serial killer who happens to be targeting street children. We are introduced to historical figures like Theodore Roosevelt who held the position of police commissioner between 1895 and 1897.

Although the series managed to attract a lot of viewers, with its premise, genre, and of course, the allure of a period drama, critics did not seem all that taken in by it. In fact, the show has received rather average reviews, with some critics saying, “As did its source material, the show certainly has some interesting ideas about the era, its social stratification, and the elusive nature and provenance of evil. But, unfortunately, it delivers them with a certain dressed-up languor, emphasizing style over substance.”

The Alienist Cast: Who is in it?

The cast of ‘The Alienist’ is led by Daniel Bruhl, who is known for his roles as Niki Lauda in ‘Rush‘, and Helmut Zemo in MCU’s ‘Captain America: Civil War‘. He plays the role of Dr. Laszlo Kreizler, a psychologist who mostly works with children. Kreizler is called on by his friend Teddy Roosevelt to get behind the psychology of the grisly child murders. Living alone despite being wealthy, the German psychologist often consults with old patients and former criminals to gain greater insight.

Other cast members include Luke Evans who appears in the role of John Schuyler Moore, a cartoonist, and illustrator working for the ‘New York Times’. Despite being a charming and handsome man, Moore seems to have fallen on some hard times including dealing with alcoholism. He happens to know both Laszlo and Roosevelt.

Brian Geraghty of ‘The Hurt Locker‘ fame appears as Teddy Roosevelt, the newly-appointed Commissioner of the NYPD. We all know that Roosevelt eventually becomes the President of the USA, but here we see him as commanding the respect of others at the precinct, but also as someone who is malleable in the hands of the venerable and veteran NYPD officers.

Robert Ray Wisdom of ‘The Wire‘ fame appears as Cyrus Montrose, Laszlo’s valet. Douglas Smith of ‘Big Love’ appears in the role of Marcus Isaacson, a young Jewish NYPD detective who works closely with Laszlo on orders from Roosevelt.

Sara’s role is played by Dakota Fanning of ‘Man on Fire‘ and ‘Charlotte’s Web’ fame. Sara is a young society woman who becomes Roosevelt’s secretary. What is more remarkable is that she is the first woman employed by the NYPD. She acts as a liaison between Roosevelt and Moore and Laszlo, and her character is based on Isabella Goodwin’s story, who was the first female detective with the NYPD. There are several other characters including recurring characters like Michael Ironside of ‘The Perfect Storm’ fame, playing the role of J.P. Morgan, the influential banker. All these characters add an unprecedented richness to the tale.

All the main cast members are expected to return for season 2, and if the show sticks to the book, then we could be seeing some key characters being added as well, including Clarence Darrow, a prominent lawyer, Elizabeth Cady Stanton, a suffragette, and a women’s rights leader, and  Albert Pinkham Ryder, the eccentric painter.

The Alienist Plot: What is it about?

‘The Alienist’ revolves around a never-before-seen ritualistic killer is responsible for the gruesome murders of boy prostitutes, and newly appointed police commissioner Theodore Roosevelt calls upon criminal psychologist Dr. Laszlo Kreizler, newspaper illustrator John Moore, and police department secretary Sara Howard to conduct the investigation in secret. The brilliant, obsessive Kreizler is known as an alienist, that is, one who studies mental pathologies and the deviant behaviors of those who are alienated from themselves and society. His job, along with his controversial views, makes him a social pariah in some circles. However, helped by a band of outsiders, Kreizler’s tireless efforts eventually answer the question behind what makes a man into a murderer.

Since season 2 is based on the book ‘The Angel of Darkness’, we expect it to stick to the source material. Thus, the plot would see Sara become a detective and enlisting the help of Laszlo to find the kidnapped daughter of a Spanish dignitary who happens to be visiting. However, their investigations put them in the path of a mysterious woman who seems to have a murderous past and happens to be connected to a notorious gang.

Considering that Sara is now a detective, in a post #MeToo and #TimesUp world, we fully expect that the series will explore sexual harassment, suppression of women’s voices, and abuse of power. Since 1897 was also a pivotal year when the suffragette movement really began to have social relevance, this would indeed be a fascinating time to explore female power relations within society in the series.

The Alienist Season 2 Release Date: When will it premiere?

‘The Alienist’ Season 1 premiered on January 21, 2018.  As far as the next season goes, we have good news for the fans. On August 16, 2018, a new season was ordered by TNT. Even though no release date was announced, our best guess is that ‘The Alienist’ Season 2 can release sometime in October 2019. We will update this section as soon as we hear more.

While we wait for an update on ‘The Alienist’ Season 2, check out the season 1 trailer to refresh your memories. If you haven’t seen the show yet head over to TNT to catch all the episodes of the previous season.