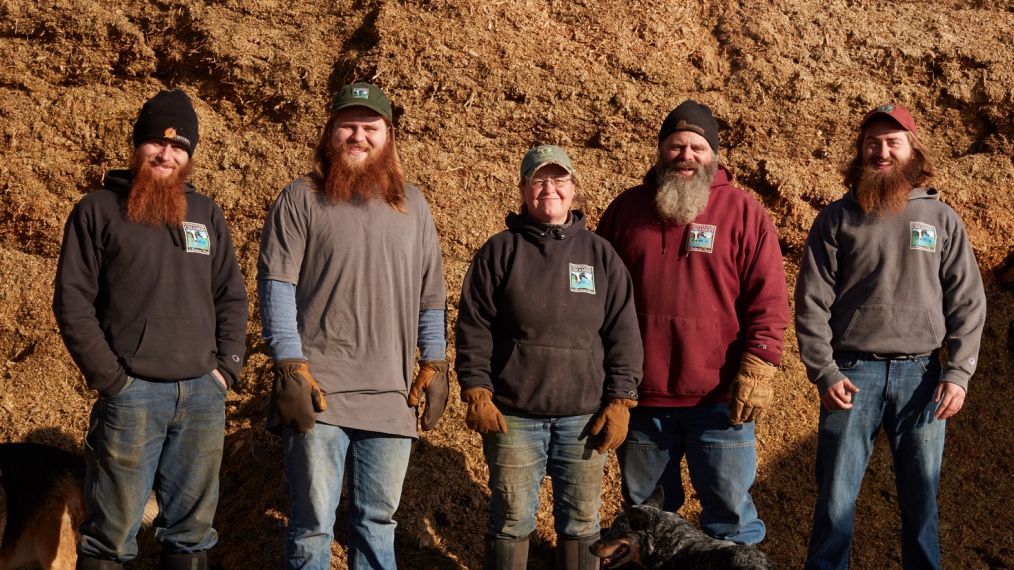 “Agriculture is our wisest pursuit, because it will in the end contribute most to real wealth, good morals, and happiness.” ~Thomas Jefferson, author of the ‘Declaration of Independence’, and the 3rd President of the United States of America.

There are no Oscars for farmers! Farmers are the single most consistently ignored sector of the society. Ironically, they also happen to be the most consistently essential sector, if seen through an organic, hand-to-mouth sort of lens. Thus, its imperative that an increased representation of the profession starts happening soon enough in mass media. Documentary makers Thom Beers and Jeff Conroy in their attempt to do exactly that, have traveled all across the United States to capture the untold agricultural processes of five separate farming families.

Produced by BobCat, a production company founded by Beers, Conroy and Sarah Bernard, ‘The American Farm’ is aN eight part docuseries that airs on the History Channel. Beers started brainstorming the idea for the show nearly a decade back, but did not go ahead with its production initially because the major networks at the time were averse to the idea of documenting the life of farmers, as it did not make for exciting television according to them. “I think the audiences came and caught up with us. I think the curiosity of people in urban areas (has increased). All of a sudden there is a heightened awareness of the quality of food. We’re trying to explain where it all comes from and the struggle to get it there”, says Beers while describing their new production. Well, better late than never.

Through its extensive usage of visuals, and interviews of the actual people behind the food we see on our plates, the docuseries paints an authentic portrait of the life, struggles and triumphs of the American farmer. “The life of the farmer is the last greatest untold story of America, and we have found an incredible partner in History,” said Beers while speaking to Variety magazine. Read on to know all about of this one-of-a-kind series!

The American Farm Cast: Who’s in it?

Series producers Beers and Conroy spent months searching the country to cast the five different farming families featured in ‘The American Farm’. They wanted multi-generational farms from different parts of the country, dealing with different livestock and crops to add variety and versatility to the series. Farming families featured in the series include Boyd (Virginia), Griggs (Tennessee), Meyers (Alaska), Robertson (New Hampshire), and Sunderland (Utah).

While speaking about them, show-runner Conroy said, “Many people don’t realize that these families put their financial well-being on the line every year. A couple bad harvests and they’re out of business. These are real stakes, not ones made for TV. For us, there’s no predetermined agenda. There’s no issue we are trying to push. We just want to tell the stories of these hardworking families, as it deserves to be heard.”

The American Farm Plot: What is it about?

Shot in a multiple camera setup, the docuseries ‘The American Farm’ is a rewarding viewing experience that follows the five featured families over a one year period beginning from the sowing of seeds and ending in the harvest. Within that year, the adversities faced by the farmers such as their struggle against the uncertainties of nature and high interest loans to purchase seed and farming paraphernalia, in their toiling, rigorous process to thrive and sustain their way of life, form the central narrative of the series.

One of the episodes of the docuseries features the multi-generational dairy-farming family of the Robertsons hailing from Contocook, New Hampshire. Actively farming since 1907, the family is currently headed by Jaime and Heather Robertson. Presently, they are trying to incorporate their three sons, who have all moved back to work on the farm. In order to survive in the profession, the family needs to figure out a way to expand their creamery business to financially support all three sons and their eventual families.

In another episode, we see the life and struggles of John Boyd, President of the National Black Farmers Association. Hailing from Baskerville (Virginia), middle-aged Boyd is uncertain of the future of his farm since nether his son, nor his younger step-son show full commitment to the farming way of life. Boyd’s ancestors include a slave, a share cropper, and his father who purchased the farm. Subsequent episodes feature other families from Utah, Alaska and Tennessee telling their real life stories which albeit well-known to farmers, often remain unknown to those outside the world of agriculture. Executive producer and show-runner Thom Beers says, “It’s a great American story. It’s a story about people who put food on your table. They show up everyday, they do their work, and pray to God at the end of the day they can pay their bills and make a living for their family. That’s the American Story.”

The American Farm Season 2 Release Date: When will it premiere?

Created by Emmy award-winning producers of shows like ‘Deadliest Catch’, ‘Bering Sea Gold’, ‘Ice Road Truckers’ and ‘1000 Ways to Die’, ‘The American Farm’ season 1 premiered on April 4, 2019 on the History Channel. As far as the next season goes, we don’t have an official announcement yet. Though considering the unique idea of the show, we would be surprised if it doesn’t get another season. Our best guess is that if the show does get renewed, ‘The American Farm’ season 1 can release sometime in April, 2020. We will update this section as soon as we hear more.

Here’s the trailer of ‘The American Farm’ to give you a more precise idea regarding the nature of the docuseries presently airing on the History Channel.