What Does The Future Hold For ‘The Aquarium’? 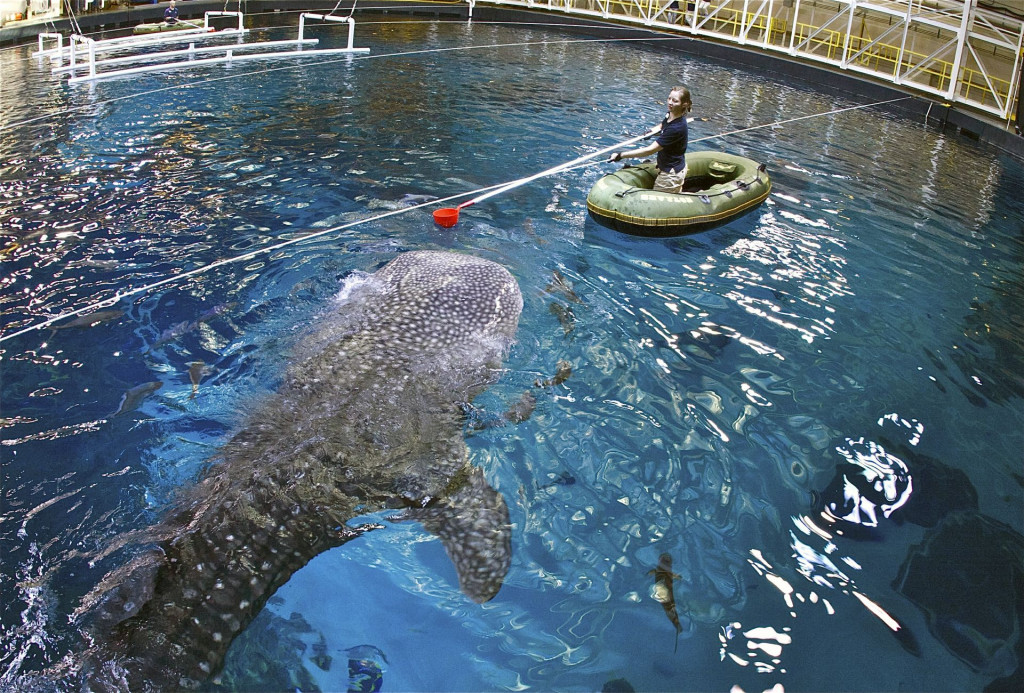 ‘The Aquarium’ is an Animal Planet show that gives viewers a peek inside the largest aquarium in the world — the Georgia Aquarium, which is home to thousands of aquatic life forms. The Georgia Aquarium is a major contributor not just in the USA, but globally, to the conservation of aquatic animals.

Regarding the show, Animal Planet’s Global President Susanna Dinnage said, “The Georgia Aquarium is home to an incredible array of animals and aquatic creatures and is also dedicated to many global conservation initiatives. We are delighted to be partnering with the team at the aquarium to bring viewers up-close to a wide range of unusual and very special animals in this all-access series.”

Just as the channel was thrilled to be able to work closely with Georgia Aquarium, the establishment’s authorities were also excited to get such a big platform to showcase the important job that they do. Regarding the association with Animal Planet, the director of communications at Georgia Aquarium, Jessica Fontana, said, “For years, Animal Planet has been bringing their audiences closer to some of the globe’s most interesting animals and fostering a connection to our natural world – which is exactly what Georgia Aquarium aims to do every day.”

She further added: “Animal Planet is the perfect home for this new, aquarium-focused series because we share the same mission to inspire and educate about not just aquatic animals, but the environments they inhabit. We are so proud to be a part of this series and cannot wait to show all of the hard work and dedication that go not only into caring for thousands of animals but also the animals in the ocean that desperately needs our help.”

After an incredible inaugural season, this animal documentary was renewed for a second installment. Here’s all we know about ‘The Aquarium’ season 3.

The Aquarium Season 3 Release Date: When Will It Premiere?

Animal Planet has not officially announced if The Aquarium has been renewed for another season. But what we do know is, it holds the scope to span multiple seasons. After all,  Georgia Aquarium is massive and there are so many things to cover. Moreover, this title has been widely appreciated globally, especially by animal enthusiasts. Hence, we are positive that it will return for another season. If renewed, we can expect The Aquarium season 3 to premiere sometime in February 2021.

The Aquarium Season 3 Cast: Who Can Be In It?

The most important cast members on ‘The Aquarium’ are the biologists, researchers, and trainers, who maintain the Georgia Aquarium — an institution, which is among the biggest aquatic life conservation centers in the world and is also the largest aquarium in the entire Western Hemisphere. It stores around 10 million gallons of water for the numerous aquatic creatures that are kept under the institution’s care. The institution conducts research and educational programs across the globe, along with carrying out preservation.

Of course, season 3, when renewed, will adopt the same premise and continue to focus on the responsibilities of the dedicated staff within the Georgia Aquarium.

Moreover, all the animals shown in the series are also important parts of the story. The aquarium hosts rescued California sea lions, endangered species like African penguins, southern sea otters, manta rays, and others. We see sea turtles exploring the area assigned to them and also Rose, Floyd, and Cerberus, three harbor seals being shifted to the aquarium. In another instance, we are made witness to two creatures, a sea lion named Hunter and a harbor seal named Toby sharing a room together.

What Can The Aquarium Season 3 Be About?

In the very first episode of Season 1, we see some of the workers of Georgia Aquarium go to South Africa for the rehabilitation program of some African penguins and then they release these creatures back into the wild. Another instance that we see of the great care taken by the staffers of the institution is when an Asian small-clawed otter called Pinkie who’s suffering from constant nose-bleeding is treated at length by specialists. We are also shown the day-to-day existence of other special guests of the facility like piranhas, archerfish, jellyfish, and others.

This docu-series, with complete access into the inner workings of the aquarium, focuses on the lives of sea creatures and the intense work, research, and training that the staffers do for the betterment of aquatic life all over the world. Notably, the 10 million gallons of water in the aquarium is filtered every hour, and there is both freshwater and saltwater as per the natural habitats of the animals in question. Moreover, this water is passed on through piping as long as 70 miles.

In season 2, we follow the facility’s aquarists, biologists and veterinarians as they deal with a “sneaky moray eel moving from one habitat to another, a giant sea turtle named Tank who needs to learn healthier eating habits, and the adventures of baby fantail rays Bacon and Tomato, as they adjust to life in the massive Ocean Voyager exhibit.”

The Discovery Press Release further adds: “Viewers also catch up with rescued baby sea otter Gibson, as he learns to become a more independent pup. And this season, the adventures continue off the coast of Florida, as camera crews follow Georgia Aquarium biologists under the nighttime waves, to film a rare and wondrous event few have ever witnessed: the spawning of critically endangered corals.”

Season 3, as and when it happens, is expected to continue following the myriad of wonderful tales within this man-made wildlife habitat.

Unfortunately, it is too early for Animal Planet to release a trailer for season 3 yet. However, you can head to their official site if you wish to catch up on all the previous episodes from the show.