The Aquatope on White Sand Episode 6: What to Expect? 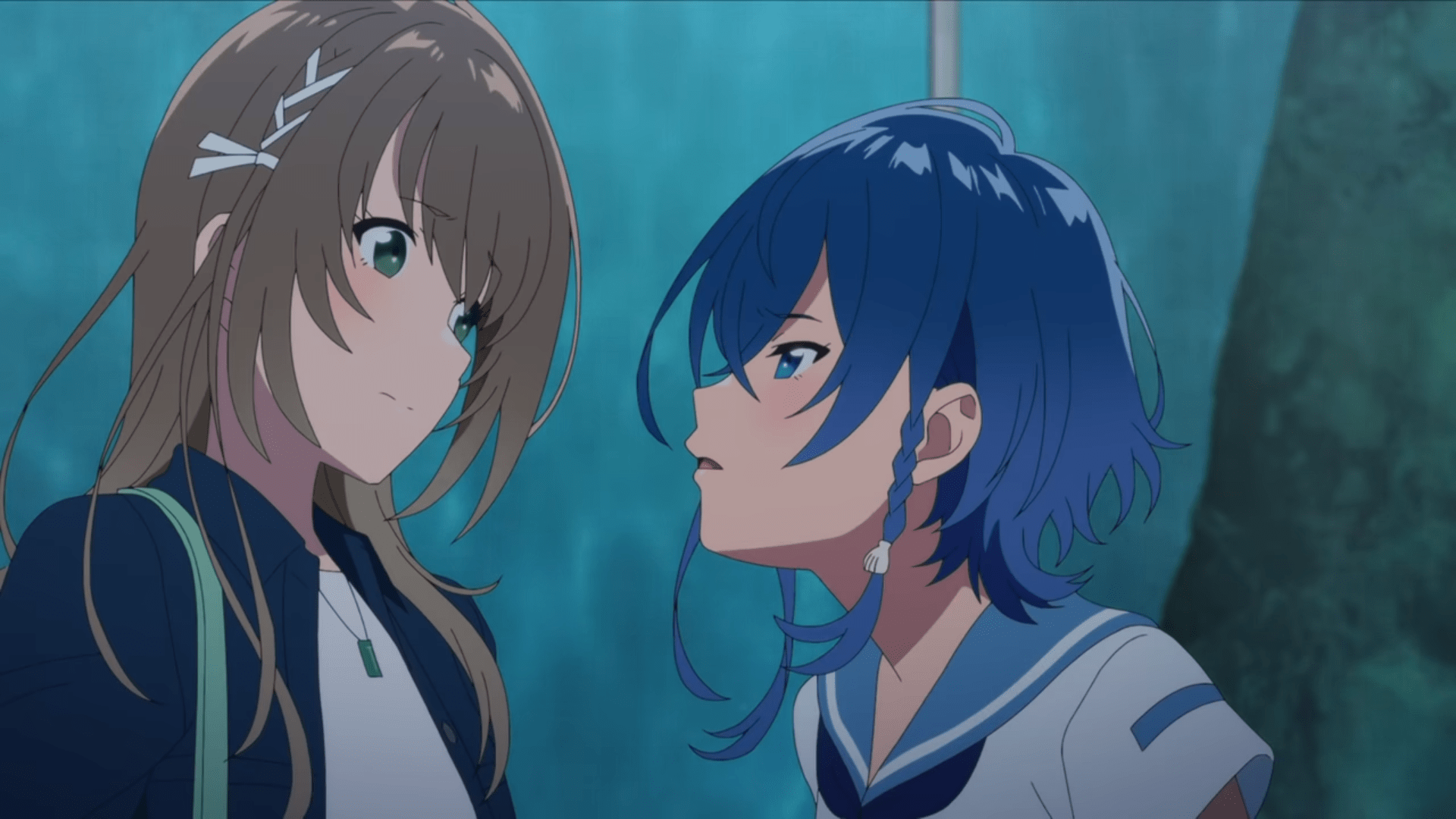 ‘Shiroi Suna no Aquatope’ or ‘The Aquatope on White Sand’ is a slice of life original T.V. anime that revolves around Fuuka Miyazawa, a talented young girl who gives up on her idol life and takes a spontaneous flight to Okinawa where she starts working on an aquarium named Gama Gama. Her spur-of-the-moment decision lacks a clear motive and appears to be driven by something more deeply problematic. However, Fuuka’s aimless decisions luckily help her meet Kukuru Misakino, the director’s aquatic life-loving granddaughter who is following her heart by working at the aquarium.

Unfortunately, Gama Gama is at the risk of closing down because of financial issues, and the two teenagers take it upon themselves to do something about it. The anime premiered on July 9, 2021. Here is everything you need to know about the upcoming episode of the series.

‘The Aquatope on White Sand’ episode 6 titled ‘Sweets Rhapsody’ is all set to premiere on August 13, 2021, in Japan. The series will air on Tokyo MX, BS Fuji, MBS, and RBC at various times. It is developed by the Japanese animation studio P.A. Works with Yuuko Kakihara overseeing the scripts and Toshiya Shinohara helming the directorial team.

Yuki Akiyama and U35 have designed the characters while Yoshiaki Dewa has composed the series music. The opening theme track “Tayutae, Nanairo” is performed by ARCANA PROJECT, and the ending theme track, “Tsukiumi no Yurikago,” is sung by Mia REGINA.

Crunchyroll has licensed the series for streaming outside Asia. People with a subscription can head here to watch the show with English, Spanish, Italian, and Portuguese subtitles and original Japanese audio. The latest episodes are also accessible on VRV. People from some countries in Asia can stream ‘Aquatope on White Sand’ on Bilbili and Muse Asia’s YouTube channel.

In episode 5, Fuuka’s mother arrives at the aquarium looking for her. She meets Kukuru’s grandfather and expresses her gratefulness to him for looking after her daughter. When Kukuru overhears the conversation and realizes that she is there to take Fuuka home, she immediately runs to the aquarium to inform the former idol. She and Kai advise Fuuka to run away, reassuring her that they will buy her some time.

After aimlessly wandering for a while, Fuuka visits Tsukimi for help, whose mother finds her work at a beauty shop in Naha. They leave immediately, but Fukka recalls something mid-way and asks Tsukimi’s mother to drive back to the aquarium. She informs Kukuru that the coral benny is not doing well. She then learns that it has already passed away, which disappoints her, and just when they are talking about it, Fukka’s mother finally finds her.

After asking her what made her take the drastic decision, she ultimately gives Fuuka permission to work there on the condition that she will return for the new term in September. In episode 6, Kukuru and Fuuka may come up with a change for the aquarium in order to attract more visitors. They may also find something exciting to do in the city that they were previously not aware of.