When Will The Art Detectives Season 4 Premiere on Acorn TV? 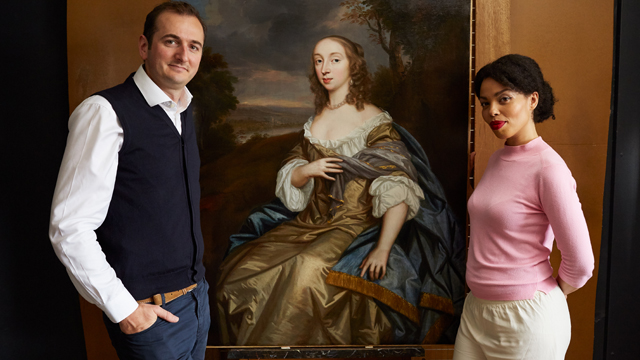 The Art Detectives is a documentary series that first premiered on September 26, 2016, on Acorn TV. The show features historians, researchers, and experts, who track down lost, hidden and uncatalogued art treasures of Britain and find the story behind them. These art pieces have no mention of the artist, the subject or the era in which they were created. The experts, once the painting is found, use the process of restoration, research, and scientific analysis to retrieve the history behind the art.

It happens with us so many times that we come across a picture and we cannot recall anything about it. We do not remember when and where exactly it was clicked, who clicked it, and what exactly was happening during that picture. We try to gather some clues from the picture itself. We analyze the dress that we are wearing, the haircut we are carrying, the background in the picture and other such relevant details. These small little clues help us locate the memory in our minds associated with that picture.

Art historians use similar questions to identify the story behind an uncatalogued painting. The pigments used in the art, the style of the painting, the age of the paper used, the items revealed in the background, the surroundings of the subject, and many more such intricate details help the experts track down the unanswered questions of the painting. The task is as simple as it is difficult, the historians have to look closely at the right places with the right questions.

The Art Detectives provides its audience a lens into the past. Now, before we tell you about the release date of the upcoming season, let us take a close look at its cast and plot.

Who are the hosts of The Art Detectives?

Brendon Grosvenor and Emma Dabiri are the hosts of the show.

Brendon is a British historian and a former art dealer. His work has contributed in the discovery of many lost artworks of artists like Sir Peter Paul Rubens, Claude Lorrain and Peter Brueghel the Younger. As a former art dealer, his interests particularly lied Anthony van Dyck. He has also appeared in the show ‘Fake or Fortune’, another documentary on BBC1. In the show, Brendon helps find the story behind the painting using his years of skills and experience.

Emma Dabiri is a sociology researcher, an Irish model and television presenter of many BBC shows. She is also the author of ‘Don’t Touch My Hair’. In the show, Emma tries to discover the world in which the art was created, along with the social background of the era and an insight into the artist’s personal life.

Jacky Klein, the co-author of ‘What is Contemporary Art? A Children’s Guide’, was the former host of the show. She was later replaced by Emma in season 2.

Brendon and Emma will once again be returning as the hosts of The Art Detectives season 4.

What is The Art Detectives About?

Britain’s museums and art galleries have some major collection of antique artworks. Though, there are thousands that lie hidden in small institutions and storages. The Art UK website has a collection of over 2000 such artworks that people know very little about. The show features such artworks and takes the audience through a journey of their history.

The series starts with Brendon and Jacky exploring the hidden treasure of the Swansea Museum in Britain. They explore a painting depicting the local miners of Poland. The painting, in fact, turns out to be the work of a very famous Polish painter named Joseph Herman. They also discover one of Scotland’s greatest hidden paintings and by the end of season 1, they investigate a controversial painting at Northern Ireland Assembly at Stormont, which has a huge hole in it.

In season 2, Brendon explores the portrait of Countess and gets a hunch that the portrait was actually the work of Britain’s first renowned female artist, Mary Beale. In one of the episodes, Emma and Brendon, while exploring the halls of Hospitalfield House, come across a mysterious painting that they believe might be the work of one of the most renowned Old Master artists.

In season 3, the hosts travel to Devon, where they investigate a small portrait of Rembrandt that is allegedly a copy of the original work. Though, the experts have the doubt that the portrait is actually made by Rembrandt himself, as a study of the original art. In the final episode of the season, the viewers witness a portrait that is known to be a work of Ruben. Though, Brendon has his reasons to believe that the artwork is actually the work of Anthony van Dyck.

The Art Detectives Season 4 Release Date: When will it premiere?

The Art Detectives season 3 premiered on August 29, 2018 on Acorn TV. The season was spread across 3 episodes and the final episode was released on September 12, 2018.

The Art Detectives season 4 is going to release on December 9, 2019, on Acorn TV. The season will be spread across 3 episodes and cover the artworks at Oxford, Birmingham and Cardiff. You can watch the episodes here.

The show is for all the history lovers around the world. It features the mysterious artworks and cultures of the past and takes you through the life of some major artists. If you like your history with a touch of mystery and thriller, the show is the right pick for you.