When Does Murdoch Mysteries Season 14 Premiere? 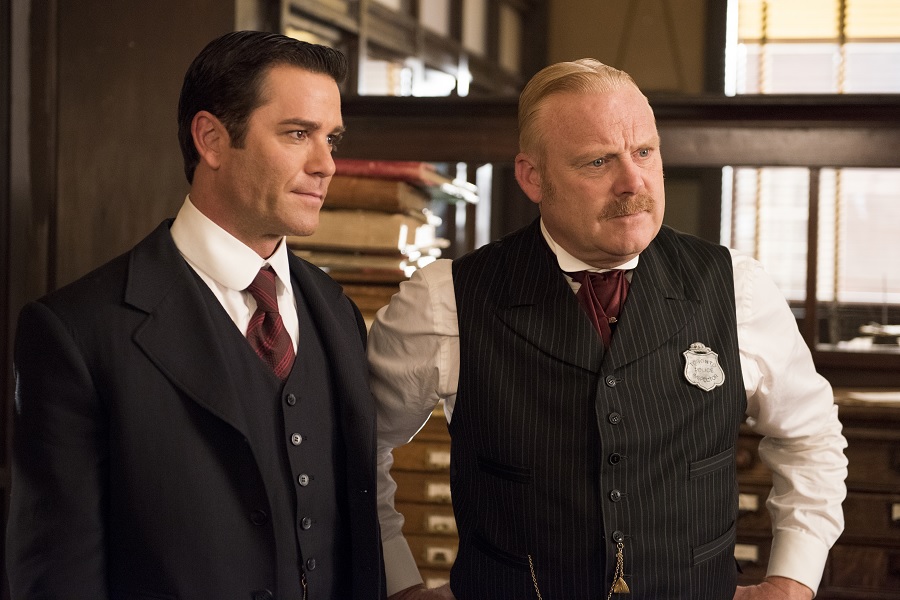 ‘The Artful Detective’, also known as ‘Murdoch Mysteries’, is a crime mystery drama that airs on CBC in Canada and on Ovation in the US. One of the highest-rated scripted series in Canada and counted among the most-watched shows on Ovation, ‘Murdoch Mysteries’ is lauded for its depiction of the late 1800s backdrops and a deft approach when solving some of the most complicated cases. 13 seasons in and counting, the addictive drama shows no signs of slowing down anytime soon. So when does ‘The Artful Detective’ season 14 release? Let’s answer this question first.

Murdoch Mysteries Season 14 Release Date: When Will It Premiere?

‘The Artful Detective’ Season 13 premiered on February 1, 2020, on Ovation. After spanning 18 episodes (airing two back-to-back episodes every Saturday for nine weeks) it wrapped up on March 28, 2020. Prior to its US premiere, season 13 was released on September 16, 2019, on CBC.

Soon after, in May 2020, the show was renewed for its 14th season. ‘Murdoch Mysteries’ Season 14 is slated to premiere on January 4, 2021, on CBC. It consists of 11 episodes. Following its Canada premiere, it should then land on US tv screens. Our best guess is that ‘Murdoch Mysteries’ season 14 should most likely release in early 2021 on Ovation in the US.

The Artful Detective Season 14 Cast: Who Can Be In It?

The lead character of William Murdoch is played by Yannick Bisson. Joining Bisson is Hélène Joy as Murdoch’s wife Dr. Julia Ogden. Rounding up the lead cast is Thomas Craig as Inspector Thomas Brackenreid, Jonny Harris as George Crabtree, Lachlan Murdoch as Henry Higgins-Newsome, and Daniel Maslany as Detective Llewelyn Watts. Since all of the above actors are staples of the show, they are all set to resume their characters in season 14. New additions for season 14 include stars playing roles of characters like Charlie Chaplin, Stan Laurel, and Buster Keaton. Tom Bergeron also appears in the upcoming season.

The Artful Detective Season 14 Plot: What Can It Be About?

Based on Maureen Jennings’s bestselling Detective Murdoch series of novels, ‘The Artful Detective’ is set in Toronto between the late 1890s and early 1900s. This was the age of invention and the series revolves around Detective William Murdoch and Dr. Julia Ogden as they employ path-breaking forensic techniques to get to the roots of horrific homicides.

Season 13 follows Murdoch as he tackles another series of gruesome murders while using radical, new techniques like the “searchizer” device. He is still suspicious about the intentions of Violet Hart and has to deal with new arrivals, including Special Constable Robert Parker, who progressed from a murder suspect to a person who helped in solving that case.

Season 14 will take up another bunch of mysteries from Maureen Jennings’s books and will continue to follow Murdoch and the team as they solve several more intriguing crimes. For instance,  the new season transports us to 1908 and introduces us to a fresh slate of cases for the squad to solve.

Read More: TV Shows You Must Watch if You Love Murdoch Mysteries