When Will The Bachelor Season 24 Premiere on ABC? 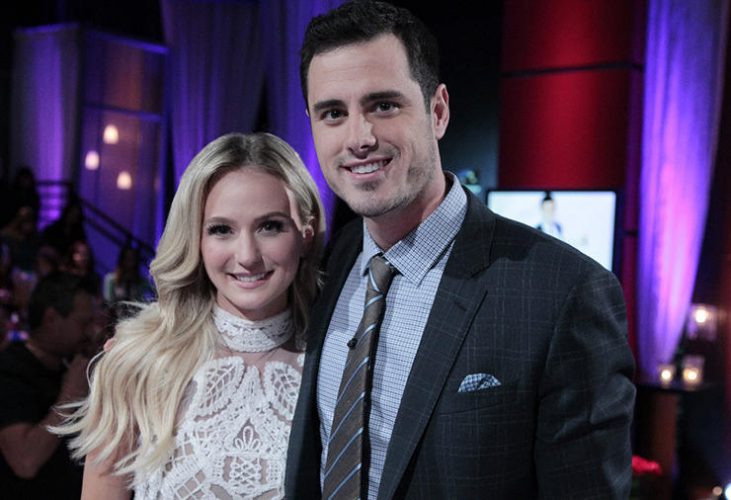 ‘The Bachelor’ is an American dating and relationship reality game television series that airs on ABC. It has enjoyed a rather long successful run, having first premiered on March 25, 2002. It has been created by Mike Fleiss, who also serves as the show’s executive producer. Ken Fuchs serves as the director.

‘The Bachelor’ follows an eligible bachelor who tries to find his perfect life partner among a group of contestants. As the show progresses, the bachelor evicts candidates and proposes to the final winner of the show. The contestants get to travel to exotic and romantic places, go for adventures and much more. Sometimes, the show does not go according to its general guideline or designed structure due to conflicts and drama. In every episode, the bachelor interacts and gives a rose to each woman he wishes should stay on the show. During the one-on-one date, the bachelor presents a rose to the contestant he wants to save. The woman who doesn’t get a rose gets eliminated immediately.

The Bachelor Season 24 Release Date: When will it premiere?

The Bachelor Cast: Who is in it?

The show is hosed by Chris Harrison. Each season sees a new bachelor appear on the show and he chooses his wife from a potential pool of romantic candidates, who are basically in competition with each other.

Season 24 features 28-year-old Peter Weber, a Delta Air Lines pilot from Westlake Village, California, as The Bachelor. He ended up in third place on the ‘The Bachelorette’ season 15.

Vying for Peter’s heart are 30 eligible women. Among them, we meet beauty queens Alayah Benavidez, Hannah Sluss, Kelsey Weier, Victoria Paul and Maurissa Gunn, as well as, Madison Prewett. ABC officially announced the entire cast list for season 24 on December 16, 2019. You can check out the details in the clip below:

What is The Bachelor about?

Each season of the series is devoted to one bachelor, who is expected to choose a wife from a pool of romantic interests, following an elimination process. After all other candidates are eliminated, the remaining one gets a marriage proposal from the said bachelor. Over the course of the season, the participants give love a chance to bloom by traveling to romantic and exotic places together. Naturally, the elimination format sparks a fair amount of internal and external conflict. However, viewers should take what goes on in the show with a pinch of salt, as it is more of smart editing to make for interesting television than complete reality being represented on screen. Fleiss himself admitted to as much, saying that it made for good television, rather than an accurate portrayal.

Anyhow, coming back to the structure of the show, it is filmed in a luxe locale. There are also romantic and exotic getaways, and the episodes are shot all over the world, with previous locations having included Korea, New Zealand, and Vietnam. While the show’s structure is mostly adhered to, there are some deviations which have the audience looking on in surprise. These include the instances when an eliminated candidate can come back to plead her case, the bachelor can distribute more or fewer than planned roses, bachelors can eliminate women outside the regular process, maybe through a two on one date, and the bachelor might decide to pursue a relationship rather than marriage with the final candidate.

As we have already mentioned, the bestowing of a rose has a special significance in the show and determines the elimination process. Some of the basic activities that the participants and the bachelors engage in before the rose is given, includes competitions where the women try to win, to spend more time with the bachelor, two on one dates, or the simple one on one dates.

Usually, towards the beginning of the season, there are cocktail parties at the end of each episode and in the first cocktail party, the bachelor is allowed to give out roses as well, based on the initial impression the women make on him. As the show progresses towards the later stages of the season, the episodes and activities become more intimate, as it should be, if one is to expected to spend the rest of their lives with the other person. To this end, the contestants and the bachelor go on a series of romantic dates in exotic locations. The bachelor also eventually meets the families of the contestants, to get to know them better. All throughout these stages contestants keep getting eliminated.

The final two contestants have the chance to meet the bachelor’s family. Finally, the bachelor chooses the most suitable woman between the two and proposes marriage. The show also displays a degree of sensitivity in including a tell-all episode, where the eliminated candidates get to share their experiences and thoughts about the season.

In season 23, the featured bachelor was Colton Underwood, who chose Cassie to be his final partner among 30 lovely women. On September 25, 2019, it was announced that season 24 would be filmed in Cleveland, Ohio, and Costa Rica. Additionally, the season includes visits to Chile and Peru.

You can watch the official sneak peek for season 24 right here.