‘The Bachelor: Listen to Your Heart’: Cast Details 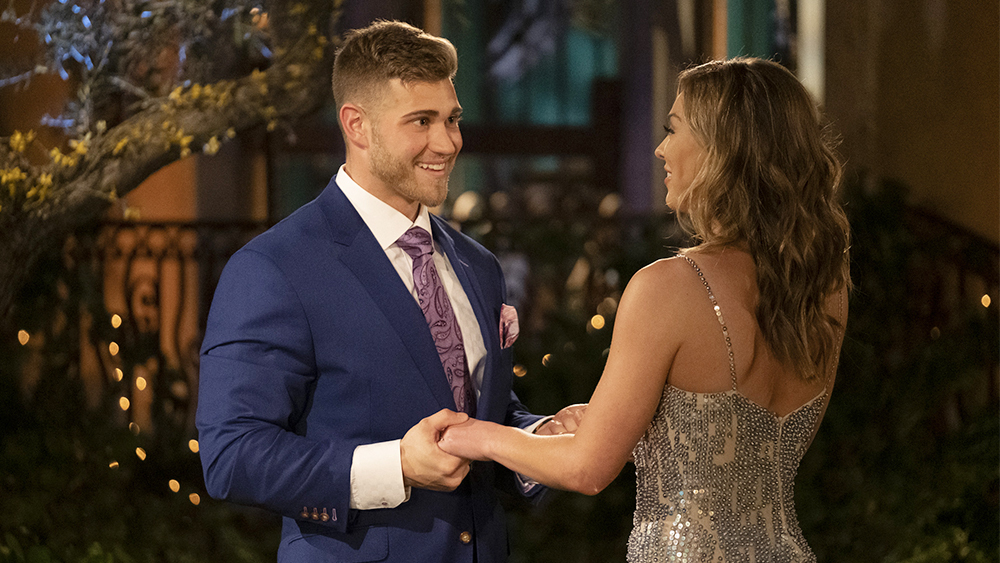 ‘The Bachelor‘ is one of the most popular and well-loved reality shows where people attempt to find love. To remain a favorite among audiences, the series is continuously looking for new ways to remain interesting. It seems to have done just that with the spin-off titled ‘The Bachelor: Listen to Your Heart’.

What is The Bachelor: Listen to Your Heart About?

If you have ever wondered whether music can save your soul, ‘The Bachelor: Listen to Your Heart’ has the answer. The show is about men and women, who are going to live with each other and go on music-themed dates with each other. Notably, all the participants are either musicians or people working in music.

Once they form a connection with a partner, they will be tested through musical challenges, including performing live in front of famous singers.

Naturally, you must be eager to know about the cast of 20 men and women, who will be looking for love through music. We have got you covered in that regard.

The Bachelor: Listen to Your Heart Cast:

Chris Harrison, who hosts ‘The Bachelor’ is also in charge of hosting the spinoff. JoJo Fletcher and Jordan Rodgers have cameos in the season. As for the cast members, they are all people with some musical prowess.

We have Bekah, aged 25, who is into all things related to Musical Theater. However, she has apparently never been on an actual date and will be looking to change that in the show. Check out her post below.

Bri is a 28-year-old pop singer from Provo, Utah. She has known something of love and has been engaged before. However, she is tired of men’s immaturity and commitment issues. Therefore, turning to the reality show to find true love, is her next logical step.

Cheyenne is an R&B singer from Los Angeles. She is 23. The singer-songwriter likes to plan her future by walking through IKEA aisles. However, she is now looking for a man with Christian values to plan her future, with. You can check out her post below.

Jamie is a 21-year-old from Nashville. The country singer has apparently been on 100 dates in a year. However, she has still not found the one who will serenade her. Moreover, she is tired of being ghosted and is looking to overcome that by finding true love.

Julia comes from Wayne, Pennsylvania. The 27-year-old pop singer has had ups and downs in her life. She is the former Miss Teen Philadelphia and Miss Philadelphia and has overcome a lifelong battle of cystic fibrosis. Now, she wants to make full use of her second chance, with the right person. You can check out her post below.

Mariana is a 23-year-old pop and R&B singer who comes from Dallas, Texas. Belonging to a musically inclined family, Mariana started singing at the young age of four. Having been raised by a single father, she is not willing to settle, unless of course, she finds the perfect partner. You can check out her post below.

Mel, 27, comes from Brooklyn, New York. The indie-rock singer was adopted from Seoul, Korea, along with two younger siblings. She has grown up in the Midwest and prides herself on a great ‘Seinfeld‘ impression, which she uses as an icebreaker.

Natascha is 33 years old and has an international flair. The former Miss New York Teen USA is from LA, and also plays the tenor saxophone. None of this has helped in her love life, unfortunately. You can check out her post below.

Ruby, 25, is also from Dallas, Texas, and she is an indie-pop singer. She is the youngest fiddle player to have performed at the Grand Ole Opry and has also performed for all the five living US presidents. Rudi is a pop and R&B singer from L.A. The 24-year-old has performed at the Lollapalooza in front of around 20,000 people. However, now, she is looking for love.

Finally, we have Savannah, 25, the acoustic pop singer from Nashville, Tennessee. She quit her corporate job, taught herself the guitar, to pursue her dreams. All she needs is a partner to make music with. You can check out her post below.

Among the men, we have Brandon, 34, an American folk-pop singer, hailing from Nashville. The former marine plays the saxophone and has opened for Jason Derulo at Times Square. Chris is 30 and hails from LA. He sings soul music, and the wedding singer has worked with UNICEF. While this took him around the globe, he is yet to meet the right woman.

Danny, from Sherman Oaks, California, is a 26-year-old singer-songwriter. He is already somewhat of a sensation and has amassed a large fan following with his beatboxing skills. While his fans have been loyal, his relationships have burned him, and Danny is looking to change all that. Check out his post below.

Jack, 38, happens to be a country singer from Dallas. Born in Brazil, the single father is looking for the right woman to sing a duet with. Josh, 31, is from Nashville. The country and pop singer used to be a deputy sheriff and married his high school sweetheart. However, music was his true calling and he left both. Now, he is somewhat famous for giving more than 3500 singing Uber rides in Nashville. You can check out his post below.

Matt, 32, is from Encino and sings neo-soul. Looking for a down-to-earth partner, we learn that Matt has probably had the longest relationship with his beard (7 years). Michael Todd is from Atwater, California. The 31-year-old singer-songwriter thought of himself as the life of the party. However, discovering everyone in his hometown has settled down, he is ready to do so, himself.

Gabe, 28, is from Houston, Texas. The Division 1 football player can also handle a cello and is a soul and folk singer. He is involved in Christian ministry. Check out his post below.

Russell, 26, is a folk singer from New York. The knife throwing and archery instructor is shy at first but might fall for someone who gets him to put his guard down. Ryan comes from Michigan and sings jazz, funk, pop, and R&B. The 28-year-old can eat an entire pizza in one sitting but is willing to share it with a life partner.

Sheridan is 27 and lives in his car to support his touring needs. The R&B soul-pop singer hails from Austin. Lastly, we have Trevor, 29, from Encino. The country-pop singer made it to the Top 25 in 2018’s ‘American Idol‘, and had Katy Perry’s attention. The former semi-pro hockey player wants someone to surf with. Check out his profile below.

The Bachelor: Listen to Your Heart Release Date: Where to watch?

‘The Bachelor: Listen to Your Heart’ releases on April 13, 2020, at 8 PM ET, on ABC. You can check out the trailer of the upcoming series below.