Where To Stream ‘The Bachelor’? 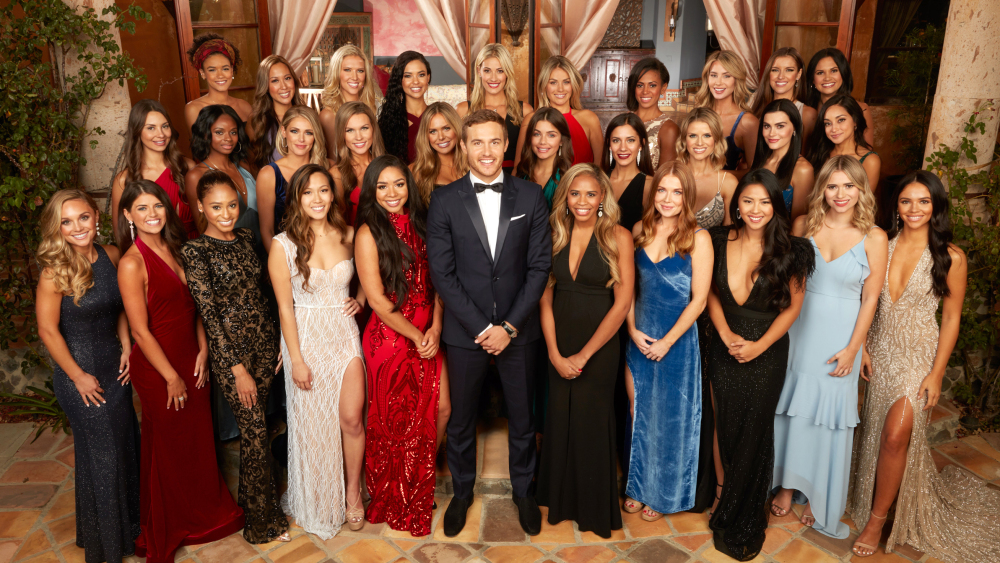 Dating reality shows are highly popular among the audiences, and to tap into this popularity, we have seen several different varieties of such shows being released not only in the United States but all over the world. Among this boom of dating reality shows, one series has managed to capture the imagination of audiences unlike any other, and that is ‘The Bachelor‘.

The series first started airing in 2002, and since then has been reaching new heights of popularity. You must be eager to find out where you can stream ‘The Bachelor’, and we are here to tell you just that. But before we do so, let us walk you through what the show is actually about:

What Is The Bachelor About?

‘The Bachelor’ centers around one man and his quest to find love among several women contestants. The activities in the show usually involve one-on-one dates and group dates. If a woman does not receive a rose from the bachelor after a one-on-one date, she is immediately eliminated. In a similar manner, all women who do not receive roses at the end of each episode, are shown the door. The show usually travels all around the world, and the locations have become one of the major attractions of ‘The Bachelor’. Peter Weber, a pilot by profession, is the bachelor of the show for Season 24.

Is The Bachelor On Netflix?

Netflix is the most popular streaming platform in the world. It has been able to maintain its stronghold on the market because of the brilliant original shows and films it has been coming out with for quite some time now. If you wish to watch ‘The Bachelor’ on Netflix, you can only stream Season 1 of the series on the platform.

Is The Bachelor On Hulu?

After Netflix and Amazon, if there is any streaming platform which is taking the world by storm, it has to be Hulu. The only streaming site where you can catch all the seasons of ‘The Bachelor’ is Hulu. Season 24, the latest season of the series, is also available on the platform. But to watch the same, you need to have a Hulu + Live TV subscription. If you already have this subscription, you will be able to watch ‘The Bachelor’ live or on-demand as per your choice.

You will be able to stream episodes of Season 24 on Hulu the day after its television broadcast. Which means, if you are looking to binge the whole season in one go, i.e. The Bachelor Season 24 release date on Hulu, you might have to wait till March 2020 when the show gets over.

Only one season is available on Hulu with the traditional subscription.

Is The Bachelor On Amazon Prime?

Amazon Prime has been able to sustain its popularity alongside Netflix because of its worldwide reach. While you will get to see reality shows like ‘Pawn Stars‘, ‘Hell’s Kitchen‘, and others on Prime, ‘The Bachelor’ is not available on the platform as of yet.

Where Can I Stream The Bachelor Online?

As mentioned above, you can easily stream ‘The Bachelor’ online on Hulu if you have the Hulu + Live TV subscription. You can also watch the episodes of the latest season using the same. Moreover, you can also watch the latest season on ABC.com or the ABC app. If you have subscriptions to  AT&T TV NOW, YouTube TV, or PlayStation Vue, you can watch ABC shows including ‘The Bachelor’ on them live. If you wish to buy certain seasons of the show online, you can do so on Amazon Video, Google Play, iTunes (all have 11 seasons each), or FandangoNOW (7 seasons). The price varies for each season.

Where Can I Stream The Bachelor For Free?

‘The Bachelor’ is one of the most popular TV shows in the world, but there are certain ways of watching parts of the show online without paying for the same. You can check out Season 1 using the free trial period of 30 days that Netflix offers. The 7-days trial period of Hulu can also be used for the same.

Read More: Where Was The Bachelor Filmed?