The Bachelor S24 E4: Everything We Know 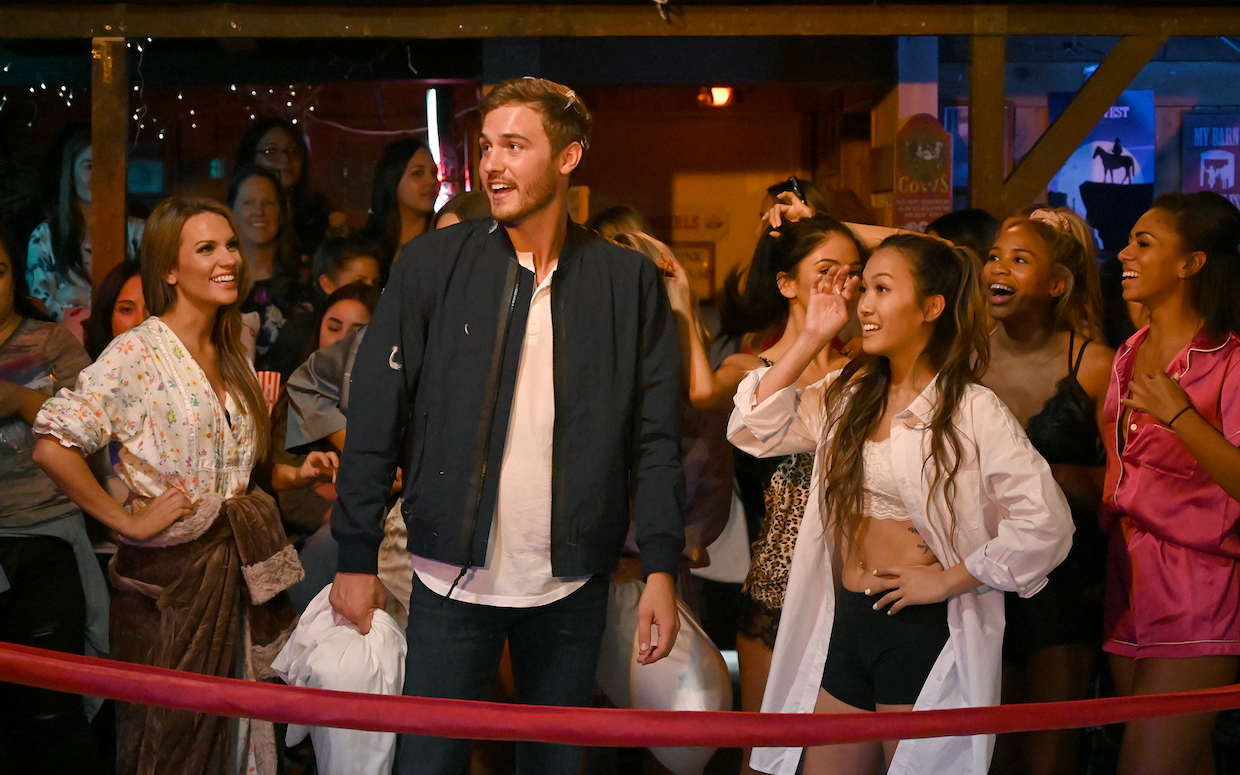 A lot is happening among ‘The Bachelor’ rose enthusiasts. In the second episode that aired last week, we witnessed a short glimpse of the aftermath, following the frizzy champagne fiasco. Peter learns that Hannah Ann had deliberately opened Kelsey’s champagne bottle. In a fit of rage, he storms in and accuses Hannah in full force. We additionally had to say goodbye to three of the ladies – Courtney, Lauren, and Payton.

This week, the drama increases manifold. There are confrontations, and yet again, a lot of tears. Alayah goes through some really tough moments and of course, there are evictions from the remaining contenders.

Now, if you are done with this episode and are all shaken up after the jaw-dropping surprises, we bet, you want to know every tiny detail of what will ensue in the coming week. Well, read on to get a detailed glimpse of how and where to watch ‘The Bachelor’ season 24 episode 4. alongside a brief recap of episode 3.

When is The Bachelor Season 24 Episode 4 Release Date?

The Bachelor season 24 episode 4 will release on January 27, 2020, at 8 pm ET/ 7 pm CT on ABC. After the 3-hour premiere, the remaining episodes are following a regular run-time of 60 minutes each.

Where to Watch The Bachelor Season 24 Episode 4 Online?

You can watch the latest episodes of The Bachelor by tuning in to ABC at the above-mentioned time slot if you have a cable subscription for the channel. You can also watch The Bachelor season 24 episode 4 online on the official ABC website or the ABC app.

If you don’t have a cable connection, then you can watch it on YouTube TV or Hulu Live TV if you have their paid subscription.

Well, let’s give you one major juicy titbit here. In episode 4, Alayah makes an appearance. So yes, she is not done with the show yet. So Team Alayah can rest assured that the beauty queen will be back with more drama in the future. She returns to plead her case with Peter in order to set her record straight and it will be interesting to see how he responds to her justification.

The ladies head to Cleveland where fresh romantic moments issue. Right, love is in the air! But Peter is again for a major betrayal. When he surprises Victoria with a private Chase Rice concert, she reveals that she had dated the singer before. Peter is genuinely shocked and at a loss of words.

We will also get to see the fate of Mykenna. Since she gets the last rose, does that mean, she is in danger next week? Or maybe, Peter took this decision because someone had to get the final rose? Tune in to ‘The Bachelor’ in the upcoming week and get your answers to all these questions.

You can also watch a sneak peek into the fourth episode below:

The episode opens with both Hannah Ann and Kelsey shedding buckets of tears. Hannah continues denying the allegations of her having stolen Kelsey’s champagne while the other women are sick and tired of the topic having been stretched for so long. Victoria preps up for her one-on-one date with Peter and partakes in line dancing with the pilot. Their date goes relatively well without any eventful instances. She confides in him about her sad past and Peter seems genuinely concerned.

Hannah Ann and Kelsey talk to sort out their problem. Meanwhile, Alayah holds a meeting in the kitchen and is waiting for her date card. The following day, the women who go on the group date are Kiarra, Sarah, Tammy, Kelley, Shiann, Savannah, Sydney, and Alayah. But they are in for some shocking news. Demi Burnett, a ‘Bachelor’ and ‘Bachelor in Paradise‘ alum has entered with a bullhorn! She hands them their dresses for the date, which are lingerie-styled pajama sets.

The activity of the date is – “Extreme Pillow Fight Club”, which ends with a few winners and it seems tensions are brewing between Alayah and Sydney already! To wrap it up, Sydney receives the date rose with Peter saying, “I appreciate you being honest with me.” On the other hand, during a gathering by the pool later, Victoria confides in Peter that Alayah’s primary reason for appearing in The Bachelor is fame and opportunities.

Finally, the rose ceremony arrives. The women in the circle of safety include Sydney, Victoria P., Kelsey, Hannah Ann, Natasha, Lexi, Madison, Shiann, Kelley, Kiarra, Tammy, Savannah, and Deandra. A confused Peter is seen having a discussion with host Chris Harrison. When he enters the rose room, there is an announcement — only one final rose would be handed to Mykenna. So, we bid farewell to Alayah, Jasmine, Alexa, and Sarah.