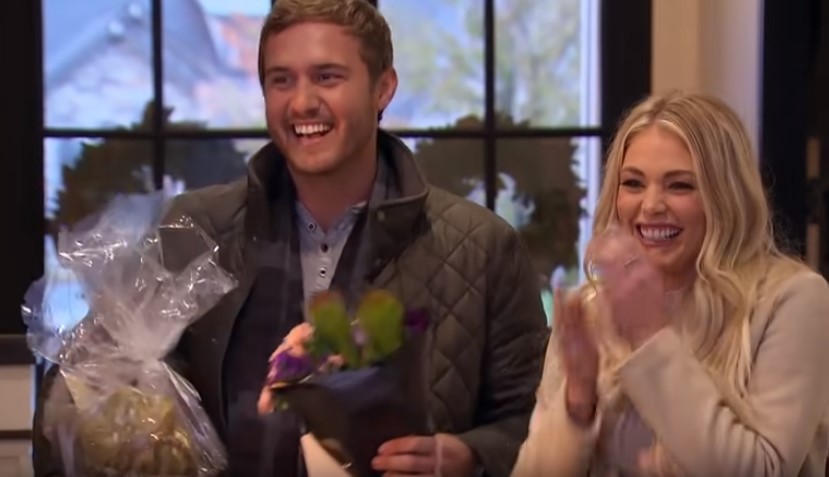 Last week, season 24’s bachelor aka Peter Weber, finally managed to cut down his harem of ladies to the last four potential wives. As expected, this week, we have the hometown dates. And mind you, none of the meet-ups go smoothly. Fans who have already watched the episode will know what we are trying to say here. For those unaware, you can check out our recap section to be updated with the latest developments.

Now, let’s get ready for the upcoming week. Read on to know everything about ‘The Bachelor’ season 24 episode 9.

When is The Bachelor Season 24 Episode 9 Release Date?

This is the penultimate episode from the series, which will be followed by the final tell-all on March 2, 2020.

Where to Watch The Bachelor Season 24 Episode 9 Online?

You can watch the latest episodes of The Bachelor by tuning in to ABC at the above-mentioned time slot if you have a cable subscription for the channel. You can also watch The Bachelor season 24 episode 9 online on the official ABC website or the ABC app.

In episode 9, Peter will make his choice among the last-remaining three ladies, cutting down his harem to the final two women. But Madison has her own reservations; she says: “Next week is Fantasy Suite week and I don’t think Peter knows how much I’m struggling. I’m not willing to compromise who I am for this, so he needs to know exactly where my head’s at.” So, in the upcoming week, we will get to see Peter’s reaction when Madison finally reveals her faith-related secrets.

Again, according to sources, Kelsey will not be successful this time around in manipulating Peter yet again. SPOILERS! We have heard that Kelsey will go home next week — leaving Hannah Ann and Madison as the ultimate contenders vying for Peter’s love. So who do you think will win?

The first hometown date is with Hannah Ann in Knoxville, Tennesse, where Peter meets her dad Rick, mum Jennifer, sister Haley, and brother Wade. But since Rick works in the lumber industry, Hannah gives an ax-throwing lesson to Peter in order to “man him up” before meeting her father. Our pilot then gives her a list of the 10 things he loves about her. During the family meeting, Rick gives Peter a hard time because definitely he does not believe in the reality-drama charade.

The next date is with Kelsey in Des Moines, Iowa. We get to see her mother Beth, stepfather Mike, and sisters Kayla and Kalason. Kelsey takes Peter to the Summerset Winery, after which the former tells the bachelor that she loves him. At the family dinner, Peter tries Crab Rangoon, one of Kelsey’s favorite dishes. But then again, Beth is not all soft on the bachelor. She gives him a warning and says: “She definitely is all in. I’ve never seen her like this before.”

The third date is with Madison in Auburn, Ala, where Peter meets her mum Tonya, dad Chad, and sisters Mallory and Mary Michael. During the family gathering, Tonya has a chat with Madison where she asks her daughter if she has informed Peter about her faith decisions. Well, she has not.

The final date is with Victoria F. in Virginia Beach. She takes Peter to a Hunter Hayes concert. And this is where there is a bad turn of events. We happen to meet Merissa, Peter’s ex, who is also a resident of Virginia Beach, and is a former friend of Victoria F. Merissa tells Peter that because of Victoria, there have been many broken relationships in the past. When Peter confronts Victoria with the same, she gets extremely defensive and well, the family visit gets canceled.

Finally, we return to LA and have this week’s rose ceremony. And surprisingly, Peter chooses Victoria F (really?) among his final three ladies, alongside Hannah Ann and Madison! Kelsey has to go back home. THE END!