The Bachelor Season 26: Everything We Know 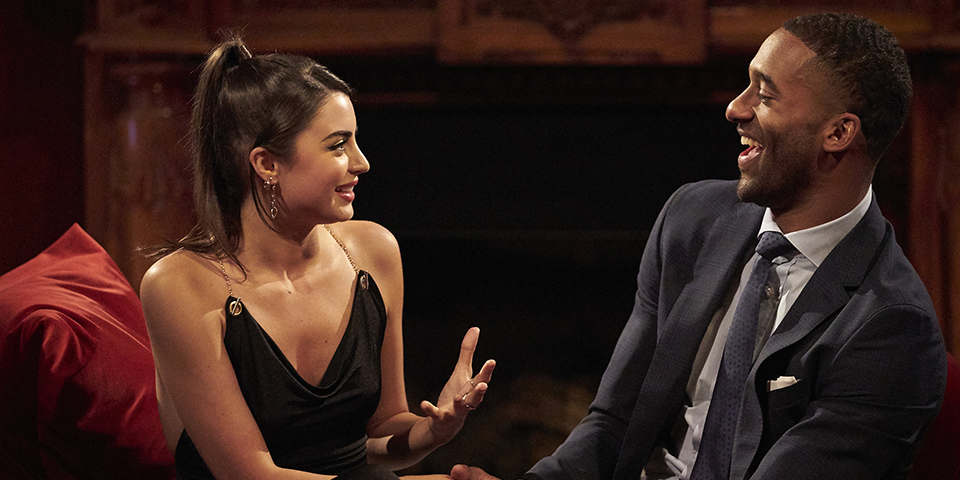 Created by Mike Fleiss, ‘The Bachelor’ first premiered on March 25, 2002. It is the flagship show of the franchise that is best known as Bachelor Nation. The unscripted series revolves around a single eligible bachelor who dates several women to choose the one he might marry. Throughout the season, the Bachelor keeps eliminating the women till he zeroes down on his final choice.

The dating and relationship-based show is wildly popular and has spawned numerous spin-offs such as ‘Bachelor in Paradise,’ ‘The Bachelorette,’ and ‘The Bachelor Winter Games.’ However, it has been criticized for perpetuating patriarchal stereotypes and stigmatizing virginity. After years of people pointing out the lack of ethnic and cultural diversity in the cast, season 25 introduced Matt James as the first Black lead of ‘The Bachelor.’ Nevertheless, the fans can’t seem to get enough and are waiting with bated breath for another installment. So, will there be a season 26? Here is everything we know!

‘The Bachelor’ season 25 released on January 4, 2021, on ABC, with the season ending its run on March 15, 2021. The twenty-fifth season comprises 12 episodes that run for about an hour each.

As far as the twenty-sixth edition is concerned, here is what we have found. A formal announcement is yet to be made, but it looks like it is only a matter of time. The show is one of the strongest performers on ABC and also provides the pool from which contestants for other spin-offs are cast. Even though ‘The Bachelorette’ is set to roll two seasons in 2021, that will not be the case with the parent series. Season 13 onwards, the show has been rolling out a new cycle every year that air from January to March.

Moreover, season 18 of The Bachelorette’ is scheduled to release in October 2021, which means that there is no room for ‘The Bachelor’ to premiere anytime in 2021. According to reports, the potential season 26 might start filming in Fall 2021. In that case, we can expect ‘The Bachelor’ season 26 to release sometime in Q1 2022.

Matt James was the Bachelor in season 25 and chose Rachael Kirkconnell as his romantic partner. However, we are yet to hear who could be the next Bachelor in the potential season 26. The series usually picks one of the men from the previous seasons of ‘The Bachelorette,’ although Matt was a wildcard casting. This opens up a door of possibilities for who could be the leading man if the series is recommissioned.

It seems that Ivan Hall and Ben Smith from season 16 of ‘The Bachelorette’ have already been discussed as the men who might be the choice for season 25 of ‘The Bachelor.’ But since Ivan has been cast in the upcoming edition of ‘Bachelor in Paradise,’ we might not see him in season 26. On the other hand, if the producers decide to pick one of the guys from Katie Thurston’s season, it could be Greg Grippo, Andrew Spencer, or Michael Allio. Since ‘The Bachelorette’ will be airing another season in 2021, we might have to wait until Michelle Young’s season finishes its run on ABC to hear the final word.

In June 2021, the longtime host Chris Harrison announced his permanent exit from the franchise. The news came following the firestorm of criticism he received for his controversial remarks in his interview with Rachel Lindsay on ‘Extra.’ With Harrison no longer attached to the franchise, various people have had to step in to host the different shows. For example, Emmanuel Acho hosted the ‘After the Final Rose’ special for Matt James’ season of ‘The Bachelor’ when Harrison announced that he was stepping away from the show, what seemed like a temporary situation at the time.

Additionally, the seventh season of ‘Bachelor in Paradise’ will reportedly see a string of guest hosts, including David Spade, Tituss Burgess, Lance Bass, and Lil Jon. So, it is possible that one of them might become the permanent face of the franchise after Harrison. For now, all we can do is wait and watch.

Read More: Who is in Matt James’ Family?