The Bachelor: The Greatest Seasons Ever! Episode 2: What’s in Store? 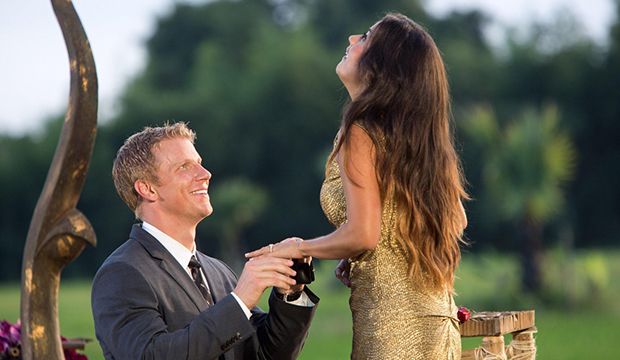 What’s old may never die! ‘The Bachelor: The Greatest Seasons — Ever!’ reminisces some of the craziest moments from previous seasons of ‘The Bachelor’ and ‘The Bachelorette’. Each three-hour episode recaps the love, heartbreak, and drama from one particular installment. For instance, episode 1 is about Sean Lowe of ‘The Bachelor’ Season 17. Hosted by Chris Harrison, the 10-episode series also reveals never-before-seen footage and features virtual interviews with the stars. Well, with the show’s premiere week bringing in a whiff of nostalgia, here’s everything you need to know about the next episode.

The Bachelor: The Greatest Seasons — Ever! Episode 2 Release Date

‘The Bachelor: The Greatest Seasons — Ever!’ Episode 2 is all set to release on June 15, 2020, at 8 pm ET/ 7 pm CT on ABC. The next episode will bring in major highlights from ‘The Bachelorette’ Season 11, featuring Kaitlyn Bristowe.

Where to Watch The Bachelor: The Greatest Seasons — Ever! Episode 2 Online?

You can watch ‘The Bachelor: The Greatest Seasons — Ever!’ episode 2 by tuning to ABC at the above-mentioned time slot. You can also catch the show on ABC’s official website and the ABC app. If you are more of a cord-cutter, you can catch the episodes on live-streaming services, including Hulu With Live TV and AT&T TV Now. New episodes will also land on Hulu, following their tv premiere!

The Bachelor: The Greatest Seasons — Ever! Episode 1 Recap

The premiere episode throws the spotlight on Sean Lowe, the bachelor from 2013 who is the only one from the show, to date, to have married his final pick. He also has three kids with her. And episode 1 is a nostalgia-fest that makes us re-live all our favorite highlights from Sean’s season. We start off with him meeting the 25 women. The episode takes us all the way back to the first time we saw the featured singles getting down from the limo. There’s Sarah who claims she wishes to spend her life with Sean and then Tierra who gets the first impression rose. Ashley P. starts booty dancing and Lesley gets the shock of her life when Chris mentions that he wants to enter her and Sean’s name in the Guinness book of world records for the longest kiss. And guess what! For the second time, we see the iconic moment where the duo breaks the existing record!

In the episode, we also see an interview between Chris and Sarah. She is in Denver and is friends with Claire from ‘The Bachelorette’. Currently, she is dating Dylan. Back to the highlights! We come to the moment when Sean is down to the final four ladies from the harem. First, Sean sends Desiree home and we also catch a glimpse of her as she joins the show. She is in Portland with her husband and three kids. There’s additionally a surprise update on Pilot Pete, who is currently dating Kelly.

Back to Sean and we have him making his choice between the final two women, Lindsay and Catherine. But Sean says that Catherine is like his best friend. Then, there’s Lindsay, who had managed to capture Sean’s heart, right from the start. However, Sean says goodbye to Lindsay, who is in California now and is doing good. She stays with her husband Carl and they have two boys. Finally, we witness the grand moment when Catherine accepts Sean’s final rose. The couple joins Chris from their home in Texas. After seven years, they are now happy parents to three children.

Read More: Where Is Lindsay Yenter From The Bachelor Today?