The Bachelor: The Greatest Seasons Ever! Episode 4: What’s in Store? 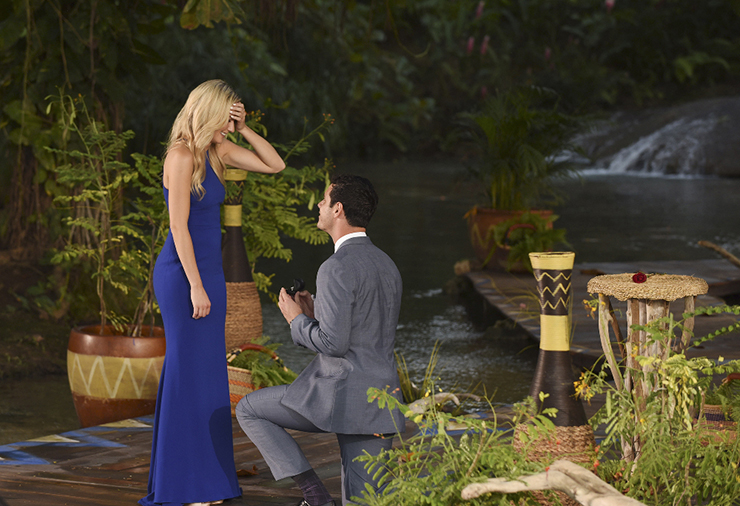 Chris Harrison and ‘Bachelor’ creator Mike Fleiss conceptualized the format for ‘The Bachelor: The Greatest Seasons Ever!’ when they were thinking of ideas for attractive content to be broadcast during the quarantine period for fans. Since ‘The Bachelorette’ season 16 has been delayed due to the ongoing coronavirus pandemic, ‘Greatest Seasons Ever!’ proved to be a much-required respite. This particular show brings in highlights from some of the notable seasons from ‘The Bachelor’ franchise. For instance, this week’s episode focuses on Ben Higgins, the star of the dating series’ 20th iteration. You can find out the details of the episode in our recap section but before that, here’s a quick rundown of next week’s episode.

The Bachelor: The Greatest Seasons — Ever! Episode 4 Release Date

‘The Bachelor: The Greatest Seasons — Ever!’ Episode 4 is all set to release on June 29, 2020, at 8 pm ET/ 7 pm CT on ABC. The next episode will bring in major highlights from ‘The Bachelorette’ Season 12, featuring JoJo Fletcher.

Where to Watch The Bachelor: The Greatest Seasons — Ever! Episode 4 Online?

You can watch ‘The Bachelor: The Greatest Seasons — Ever!’ episode 4 by tuning to ABC at the above-mentioned time slot. You can also catch the show on ABC’s official website and the ABC app. If you are more of a cord-cutter, you can catch the episodes on live-streaming services, including Hulu With Live TV and AT&T TV Now. New episodes will also land on Hulu, following their tv premiere!

The Bachelor: The Greatest Seasons — Ever! Episode 3 Recap

The third episode throws the spotlight on Ben Higgins from season 20 of ‘The Bachelor’, which released in 2016. The flashback starts from the beginning when we meet the women getting down from the limo. There is Lauren B, Caila, Maegan, Jojo, and Mandi, among others. Caila manages to impress Ben and he takes her on a date in LA with Kevin Hart and Ice Cube. Twins Hailey and Emily are also really cute while Jubilee, who is from the military, is from Haiti. When she tells Ben about her past, he is really emotional. So he gives her a rose and later, decides to send Lace home — because of her bold persona.

Lace joins Chris from Denver and expresses her views about her actions. Next, we see Olivia’s journey, who does not get along with the rest of the ladies. She is evicted as well and is seen in the current episode after she calls in from Austin, Texas. The next date is with Amanda who falls in love with him, but in the end, she is sent back and JoJo manages to appeal to Ben instead. Caila leaves on her own. In the finale, we see Ben being confused between his final two ladies — JoJo and Lauren. On the final rose day, JoJo meets Ben first. He explains that he loves her but adores another more.

Jojo leaves and today, she joins Chris from her home in Texas. Finally, Ben gets down on one knee and proposes Lauren, who says yes. He joins Chris H. from his home in Indiana and tells how things didn’t work out with Lauren. Lauren is married now and happy while Ben introduces us to his fiance Jessica Clark.

Read More: Who is Ben Higgins’ Fiance, Jessica Clarke? How Did They Meet?