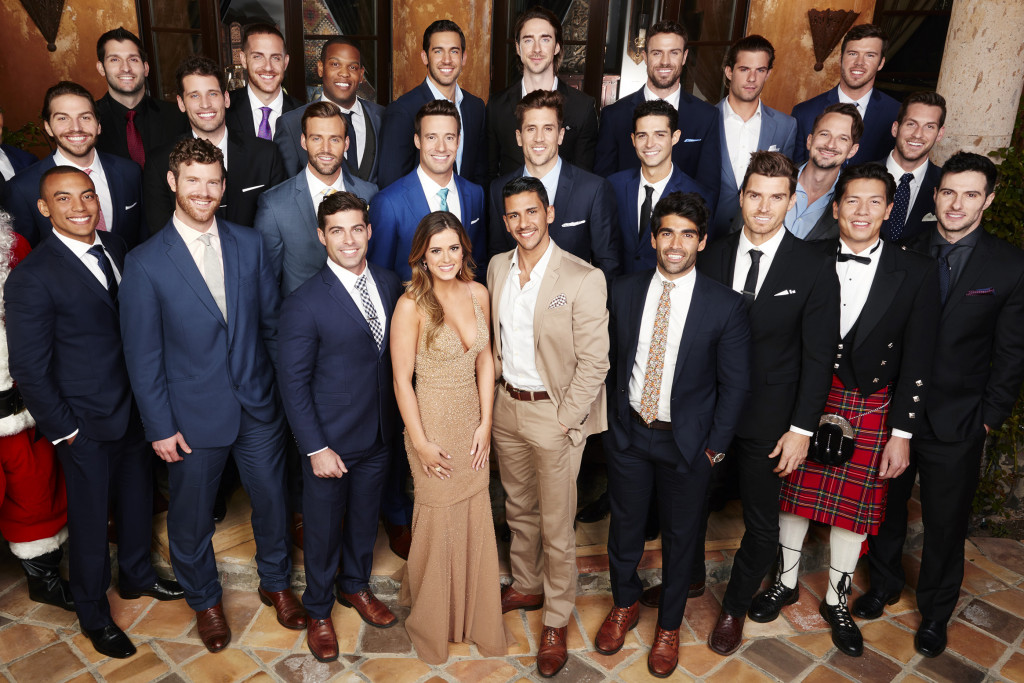 The entire concept of finding the love of your life live on tv is fascinating, and makes for an entertaining watch. There are several other shows which deal with the same concept and are part of this franchise. They include the likes of ‘Bachelor Pad’, ‘Bachelor in Paradise‘, ‘The Bachelor Winter Games’, and ‘Bachelor in Paradise: After Paradise’. ‘The Bachelorette’ essentially features a bachelorette, who is usually a reject from the previous season of ‘The Bachelor’, offering her opportunity to choose a husband from a pool of bachelors, over the course of the season. Thus the show taps into an existing viewer base of ‘The Bachelor’ which is substantial, to say the least. It has also attracted more fans over the seasons.

The Bachelorette Cast: Who is in it?

The main cast of ‘The Bachelorette’ obviously includes the woman and the many men who are vying for the spot to be the chosen one. As we mentioned, the woman changes over the seasons, as they are picked from whoever gets rejected in ‘The Bachelor’. Thus there really is no assurance about the cast, and it keeps changing from season to season. However, the one constant in the show is Chris Harrison, the host of the show. Chris started off as a host on ‘The Bachelor’ before hosting several other shows of the franchise, before becoming a near-permanent fixture here. He has also hosted ‘Who Wants to Be a Millionaire?’ and has appeared in ‘Sabrina, the Teenage Witch’.

In season 15, Hannah Brown was “the bachelorette” who had decided to choose her husband on the show. Notably, the network’s decision to pick her did draw some flak from the audience since she did not rank in the top three last season. The 24-year-old, who came in seventh in ‘The Bachelor’, is an interior designer by profession, and was born and brought up in Tuscaloosa, Alabama.

Read More in TV Preview: The Romanoffs | Queen of the South

The Bachelorette Plot: What is it about?

‘The Bachelorette’ revolves around a single woman dating multiple men over the course of weeks, which constitutes the run of a single season, eventually narrowing them down, and deciding to get married to one of them. The rules are pretty much the same as ‘The Bachelor’, which means that the males who do not get a rose from the bachelorette have to leave at the end of the episode. At the very end, however, the show returns to its traditional roots, and it is the final two men standing, who make their proposals to the bachelorette. Naturally, only one of them is accepted, while the one whose proposal is declined is eliminated.

In season 15, 33 men competed against each other to win Hannah’s hand. Ultimately, after weeks of romantic dates and conversations, the final two contestants that remained were Jed Watts and Tyler Cameron. After an intense courtship, finally, Jed Watts managed to impress Hannah the most and was declared the winner.

The twist in the tale happened a few weeks after filming ended, when news broke on Jed’s serious relationship prior to the show. Jed tried to explain his side of the story to Hannah, claiming that his relationship prior to the show wasn’t serious. But that wasn’t enough for Hannah, who ultimately decided to break the engagement. Soon after Tyler entered the picture. Hannah confessed to Tyler that she still harbored feelings for him. They decided to go out on a date to grab a drink.

Season 15 has just ended but fans already are trying to guess who could the next “Bachelorette” be. We will know soon enough.

The Bachelorette Season 16 Release Date: When will it premiere?

‘The Bachelorette’ Season 15 premiered on May 6, 2019. As far as the next season goes, we have good news for the fans. On August 5, 2019, ABC announced that the show has been renewed for another season. The news doesn’t come as a surprise. After all, it is one of their highest performing shows. If everything goes as expected, ‘The Bachelorette’ Season 16 should premiere sometime in May 2020.

While we wait for the next season, check out the trailer for Season 15 of ‘The Bachelorette’ below.