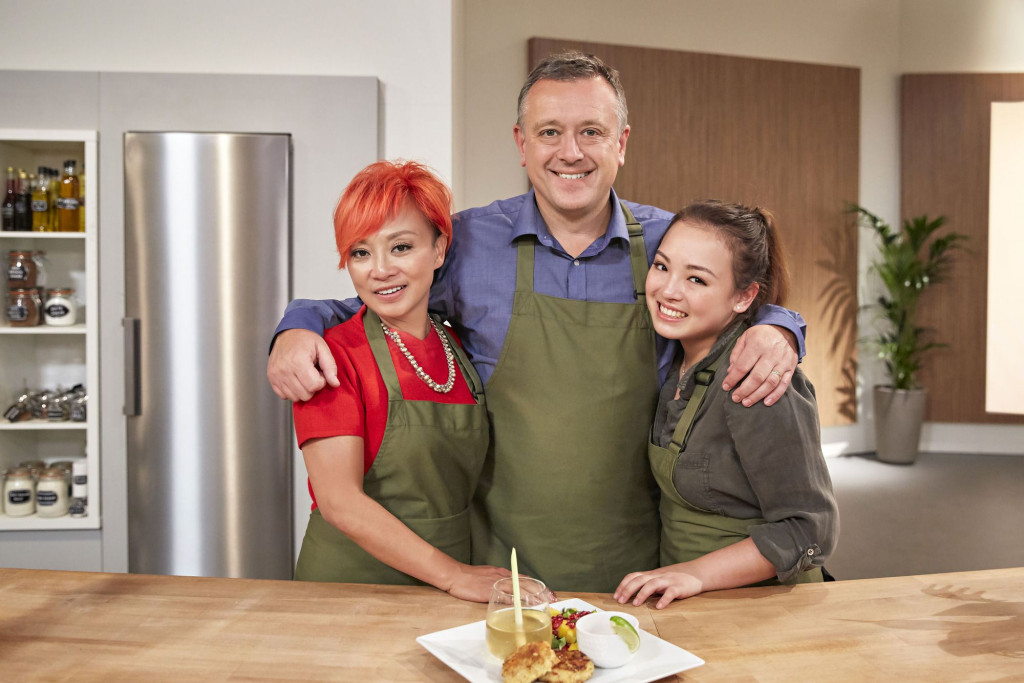 Cooking shows usually enjoy a large viewership because of the fact that they are competition-based and bring to the table wonderful recipes for the benefit of those with a passion for cooking. However, they are not just designed for people who enjoy cooking. A lot of people are simply foodies and are attracted to the positivism and charm of such shows. Food truly brings generations together; while some recipes invoke nostalgia, some fill us with warmth. In any case, every family has some great stories related to food.

The Big Family Cooking Showdown is one such cooking show with a family twist. It celebrates the joy of mealtimes with families across the UK. These families present traditional family recipes that are the heart of their homes. From grandma’s Sunday roast to dad’s famous bangers and mash, the show also has families put their own unique twist to national favourites like fish n’ chips or shepherd’s pie. Here, viewers enjoy the wholesome recipes as much as they enjoy the family dynamics as they compete for the ultimate title. Its 12-episode first season made its debut on BBC Two on August 15, 2017, and was followed by its 14-episode second season on October 15, 2018. Netflix boasts of a vast collection of cooking shows, and The Big Family Cooking Showdown is another noteworthy addition on their already impressive list. Its second season premiered on the streaming platform on February 22, 2019. Here’s everything we know about its next season.

The Big Family Cooking Showdown Cast: Who is in it?

Season one has the likes of Nadiya Hussain and Zoe Ball as presenters. Each episode has two families competing against other each, and the winners of each round return for the semi-finale. The competition takes place for eight-episodes or heats, three semifinals, and has the big finale. The final has the three families face each other in one long cook-off to present a big family feast. The families must impress the judges with their cooking and speed. We get to enjoy new families in each episode.

There are some significant changes in season 2 as compared to what we experienced in season one. Unfortunately, the audience’s favourite Nadiya Hussain did not return as a presenter as she left to host her own BBC cooking show. The Big family Cooking Showdown season two is presented by Angelica Bell and Tommy Banks.

The Big Family Cooking Showdown Plot: What is it about?

The Big Family Cooking Showdown is designed for family viewing and focuses on tradition, bringing alongside with it a dash of competition. Viewers root for their favourite family as they fight through tears and sweat to reach the finale. Binge watching with family on game nights or when all the cousins are over for the holidays is a sure-shot way to enjoy the series. It’s not just any other cooking show; it is the ultimate family cooking show. While there are many highly competitive cooking shows like Hell’s Kitchen and Masterchef, what makes The Big Family Cooking Showdown different is that it employs values and family traditions.

In Round One, we have families cooking on a budget with a limited time of 1 hour and 15 minutes. They feel the heat as they scramble to present their dishes on time. In Round Two, the judges visit the families at their homes and enjoy a main course and dessert. Round Three is designed to impress the neighbours. The families must present their best in this no-budget round. Since people participate with their family members, there is a good dose of healthy teasing, laughter, and gumption.

Although there are a lot of changes from season one, season two has managed to retain some of the original flavour and magic of the original structure. Season one is shot in a huge barn with random shots of farm animals, while season two contenders cook-off in a more professional kitchen. That makes the tasks more daunting, but the recipes are something to look out for.

Season two also comes with two more episodes making it a total of 14 episodes to enjoy from the original 12 episodes format. Sixteen families compete in teams of three while charming us with their crazy family dynamics. The show focuses on family values, bonding, and healthy wholesome home meals. Season two presenters, Angellica Bell (winner of Celebrity MasterChef) and Tommy Banks (Michelin star chef) create quite a stir. So, if you missed the first season, you can still enjoy the second one. Both seasons have proved to be binge-worthy, and we can hope the same from season three. It’s a feel-good show that can be enjoyed by the whole family. Get your matching aprons out and have your own family cookout. All its recipes are available online.

The Big Family Cooking Showdown Season 3 Release Date: When will it premiere?

If you are looking for a great TV show that you can enjoy with your family or simply as a fan of British food, this is for you. The format keeps the show fresh and exciting with a twist like wild card entries, budget cooking, and limited ingredients cooking. You can get a head start into the show by watching its trailer below. Watch both seasons of the show on Netflix.