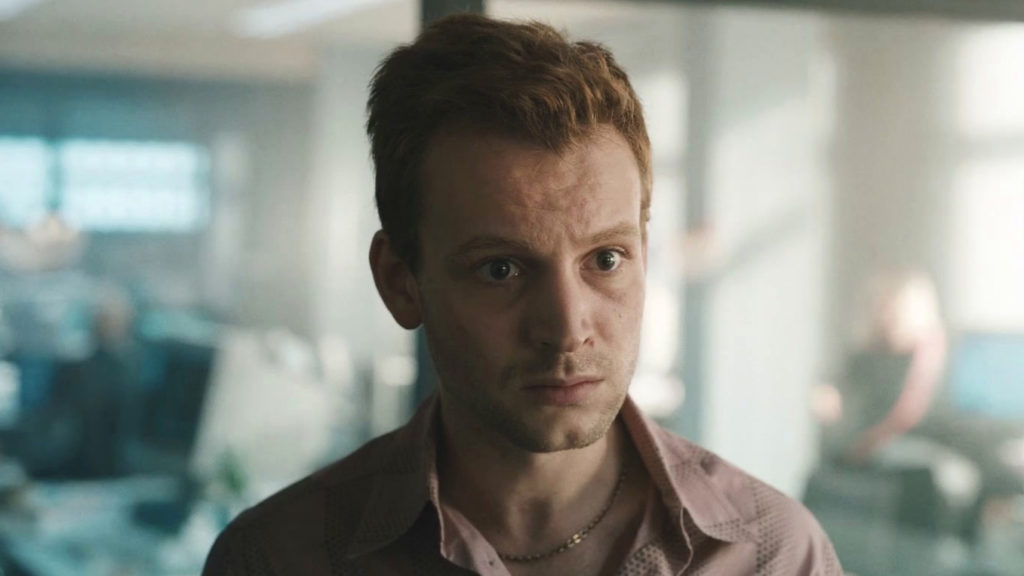 Created by Oliver Ziegenbalg and Robert Thalheim, ‘The Billion Dollar Code’ is a biographical drama series that revolves around a young artist named Carsten and a programmer and hacker named Juri. Together, they develop one of the greatest inventions of the digital age. However, a person they know and trust takes their billion-dollar algorithm and works with one of the tech giants to create what ultimately becomes Google Earth.

‘The Billion Dollar Code’ is a fascinating series that offers a rare glimpse into the inner workings of the IT industry, where people are no less ruthless and self-serving than any other commercial sector. If you have watched the debut season and are wondering whether there will be a second installment, we are happy to share with you all that we know!

‘The Billion Dollar Code’ season 1 premiered on October 7, 2021, on Netflix. It comprises four episodes with a runtime of 58-77 minutes each.

As for season 2, here is what we know. Neither Netflix executives nor creators of the German show have made any official statement confirming the development of a second season. In the first season, ‘The Billion Dollar Code’ chronicles Carsten and Juri’s experience as IT entrepreneurs. As mentioned above, Carsten is an artist, and Juri is a programmer and hacker. They are extremely talented individuals in their respective fields, and their combined effort produces Terravision, a revolutionary program that lets a user visit any location of their choice on Earth from outer space in real-time. Unfortunately, neither has much business acumen, and that proves to be their undoing.

After meeting Brian Andersson, a brilliant and innovative developer in his own right, Juri ends up revealing parts of Terravision’s algorithm and other important aspects of the program. Both Carsten and Juri virtually revere Andersson, but Juri naively trusts him more than he should have. Later, when their company, Art+Com, finally manages to gather some funding, Carsten and Juri discover that Andersson has developed a demo program that looks highly similar to Terravision. Furthermore, he and Google are collaborating on the project, which is now called Google Earth.

When Art+Com tries to sue Google for patent infringement, they realize that no lawyer will take the case. Carsten subsequently quits the company and becomes a professor. Several years later, he and Juri eventually sue Google through a litigation finance firm. Although Carsten, Juri, and their legal team perform remarkably during the trial, they are ultimately up against a quintessential American success story in an American court. They lose, with the verdict going against them on all counts.

Ziegenbalg and Thalheim initially envisioned the project as a film, but they wanted to tell a broader and more impactful story and drew inspiration from HBO’s ‘Chernobyl.’ “In a feature, everything would need to be significantly reduced,” Ziegenbalg stated in an interview. “Now, we could devote the whole episode just to the trial, quoting every technical and financial expert. We always mentioned ‘Chernobyl’ as an example, where in one episode this guy shows up because he has to kill all the dogs and then he disappears again. It would have never worked in a film.”

The show format gave the creators much freedom to tell a detailed story. However, that doesn’t mean that ‘The Billion Dollar Code’ will have future seasons. It seems Ziegenbalg and Thalheim have already told the story they wanted. Taking all of this into account, we can speculate that it is highly unlikely that ‘The Billion Dollar Code’ season 2 will ever be made. The series starts with two young men collaborating on an art project, which later becomes too big for them. And when their idea is forcefully taken away, they seek recognition but ultimately fail to gain even that. It’s a wonderful tragedy with a bittersweet ending, and there is little need for its further expansion.

Read More: Is The Billion Dollar Code Based on a True Story?