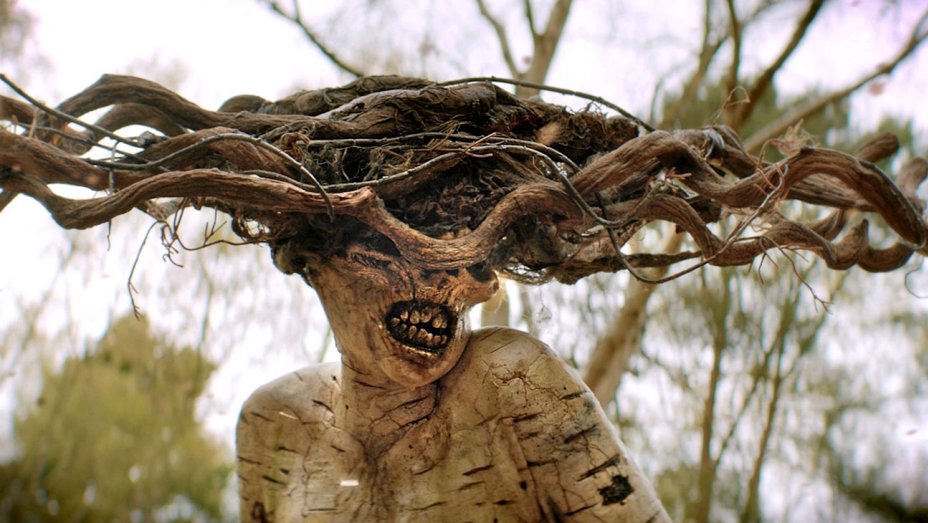 Facebook Watch seems to be going strong when it comes to its slate of original scripted programming. We have witnessed several of the titles from the social behemoth receiving critical acclaim, including ‘Strangers’, ‘Queen America’, ‘Five Points‘, ‘Sacred Lies’, ‘Sorry For Your Loss’, and the Jessica Biel thriller, ‘Limetown’. ‘The Birch’, the latest Facebook series, is a horror-themed, monster-centric show that follows the titular character, described as  “sworn to protect those who need her help when summoned, but everything comes with a price.”

Based on the Webby Award-winning short film with the same name from Crypt TV, ‘The Birch’ is produced by Crypt TV in collaboration with the Video-On-Demand service. The story is about three teenagers whose lives become entwined with a sinister entity residing in the woods. ‘The Birch’ is directed by John Ross and Amy Wang.

The Birch Cast: Who is in it?

Tommy Hestmark, an actor and musician, has previously performed with leading names from the music industry such as Snoop Dogg and Three 6 Mafia. On the other hand, Midori Francis is a talented actress, known for ‘Good Boys‘ and ‘Ocean’s Eight’ apart from ‘Gotham’. Rounding up the lead cast is actor and producer, Wayne Pére, who has featured on ‘The Big Short’ and ‘The Informant!’

The Birch Plot: What is it about?

‘The Birch’ begins by introducing us to a simple, pure-hearted teenage girl who summons a monster protector in the woods whenever she is in trouble. She is able to communicate with the entity through a spell book that has been in her family for generations. This monster, called The Birch, is a humanoid entity with a body carved from birch wood and hence the name. It has a ‘crown’ of roots on its head, no legs, and long fingers made from extending branches. But it possesses sinister powers. The sentient tree is sworn to protect teens from bullies but its service comes at a hefty cost. It may be a guardian angel for its summoners but whenever evil is summoned, it brings with it its own terms and conditions.

‘The Birch’ is narrated via the perspectives of three central characters and how the monster figure affects their lives. Packed with gore and blood, it leans heavily toward horror and there’s enough violence to keep you going. The Birch hovers in the shadows and exacts brutal vengeance against those who wrong the one it is sworn to protect. Graphic, terrifying, and full of gory horror portrayals, ‘The Birch’ does remind you of ‘Evil Dead’ and ‘Poison Ivy’. Additionally, the show features an amazing ensemble cast, with excellent character arcs which are not cliche. The actors are strong in their roles and you eventually grow to love or hate them, as per the situation. All of them also come with their own traumatic pasts and disturbing backstories.

Seamlessly blending in multiple character perspectives, ‘The Birch’ is a timeless watch. Moreover, it is based on the eponymous short movie which has almost 10 million views on Crypt TV’s official Facebook page. Hence, it does offer a promising start. According to a statement by Crypt TV CEO Jack Davis, “Crypt is absolutely thrilled to bring one of its most successful monsters ever to Facebook Watch.” He further added, “Crypt has over 8.2 million fans on the platform and I know our audience is going to be ecstatic to see more premium Birch content on Facebook Watch, a place where creative, linear driven stories are really thriving.”

The Birch Season 1 Release Date: When will it premiere?

‘The Birch’ season 1 premieres on Friday, October 11, 2019, at 1 P.M. PT or 4 P.M. ET. on Facebook Watch. Its total run for the first season consists of 15 episodes. Reminiscent of ‘The Blair Witch Project’, ‘The Birch’ has a solid grasp on the horror genre — with creepy backdrops and a monster that makes appearances in all its glory. How far it will succeed in attracting the attention of horror fans, yet remains to be seen.

You can watch the official trailer for ‘The Birch’ season 1 below. Watch the series right here.