Will The Blake Mysteries Return For Season 6? 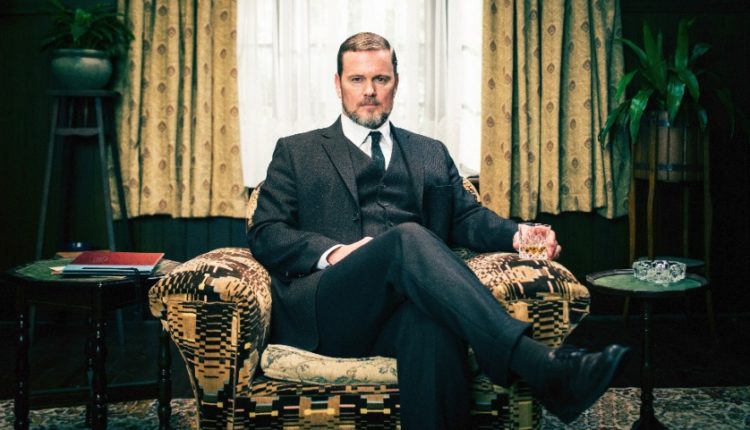 ‘The Doctor Blake Mysteries’ aka ‘The Blake Mysteries’ is an Australian mystery thriller series that originally aired in Australia on February 1, 2013. It follows the titular character, Doctor Lucien Blake, who after an absence of nearly 30 years, comes back to his hometown Ballarat, located in the north-west corner of Melbourne, during the 1950s. He takes up the responsibility of running his deceased father’s general medical practice and resumes his role as a police surgeon. Created by George Adams and Tony Wright, this engaging period drama is executive produced by Tony Wright, Carole Sklan, and Christopher Gist.

The Blake Mysteries Cast: Who is in it?

Australian actor, musician, singer and composer, Craig McLachlan stars as the protagonist Doctor Lucien Blake. He is primarily recognized for his roles on soap operas such as ‘Neighbours’ and ‘Home and Away’ as well as the BBC One spy drama ‘Bugs’. His performance in ‘The Blake Mysteries’ earned him a nomination for the Logie Award for Most Popular Actor title.

The Blake Mysteries Plot: What is it About?

‘The Blake Mysteries’ introduces us to the titular character, Doctor Lucien Blake, who leaves for Scotland in his early 20s to earn his medical degree. He is later posted in a London hospital, where he joins the British Army as a medical officer. During World War II, Blake’s job requires him to travel to the Far East, where he falls for a married Chinese woman and ends up having a child with her. But, after Singapore falls, he cannot trace them anywhere. After 33 years, in 1959, he returns to his hometown in Ballarat and does not stop searching for his lover and her kid. He takes over his late father’s general medical practice and joins as a police surgeon in Ballarat.

Jean Beazley, who had previously worked for Blake’s father, is currently his receptionist and housekeeper. She finds it challenging to cope up with Lucien’s eccentric and sometimes unconcerned behavior. Jean holds traditional views about womanhood and yet does not accept Blake’s ridiculous expectation that she meets up to each of his demands. A war widow, Jean understands that her living with a single man is a source of speculation and gossip in the small town. However, with her shrewd, witty, and observant behavior, she manages to steer clear of unnecessary talk. Danny Parks, her nephew, considers Jean’s motherly instincts as annoying. On the other hand, she is often confused with her lodger, Mattie O’Brien’s outgoing attitude, which she finds unsettling. After Danny Parks moves out, police sergeant Charlie Davis arrives and stays as a lodger in the house.

‘The Blake Mysteries’ primarily revolves around Doctor Blake as he adjusts to his hometown which has transformed after he left. Now, he engages in solving multiple unresolved cases while dealing with the changes that affect him both personally and professionally.

The Blake Mysteries Season 6 Release Date: When will it premiere?

‘The Blake Mysteries’ season 5 premiered in Australia on ABC TV on September 17, 2017. After spanning eight episodes, it concluded with its finale on November 5, 2017. A telemovie, to close off the series, was released on November 12, 2017. US citizens can watch the show on PBS and BritBox.

In October 2017, the Seven Network officially announced that they had acquired production rights for a sixth season. However, it was later suspended as the producers had to wait for the final outcome of the police investigation, concerning alleged sexual assault charges against Craig McLachlan. In April 2018, Seven Network made another announcement that they would create a sixth season, comprising a series of sequel telemovies, including most of the cast members, excluding Craig McLachlan and his character. It was also announced that the sixth season would mean the end of the original title.

The storylines of the four telemovies were expected to feature Doctor Lucien Blake disappearing under mysterious circumstances, with his newly married wife Jean Beazley taking up the lead role. However, later, all the four telemovies were merged into a single telemovie, titled ‘The Blake Mysteries: A New Beginning’, which was released on November 30, 2018. It sees Garner, Tobeck, McClory, Whiteley, and Rooney reprising their original roles. Tom Wren joins the cast as Martin Carver, Emma Annand as Amy Parks and Joshua Orpin as Constable Peter Crowe. As per Seven, at this ‘The Blake Mysteries’ season 6 is not a possibility.

Check out the official trailer for season 5 of ‘Blake Mysteries’ right here.